What the Heck is Bitcoin? 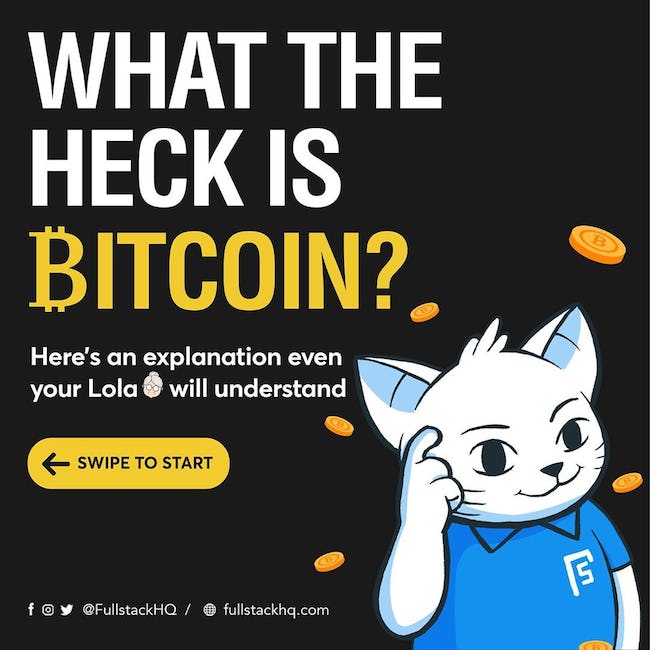 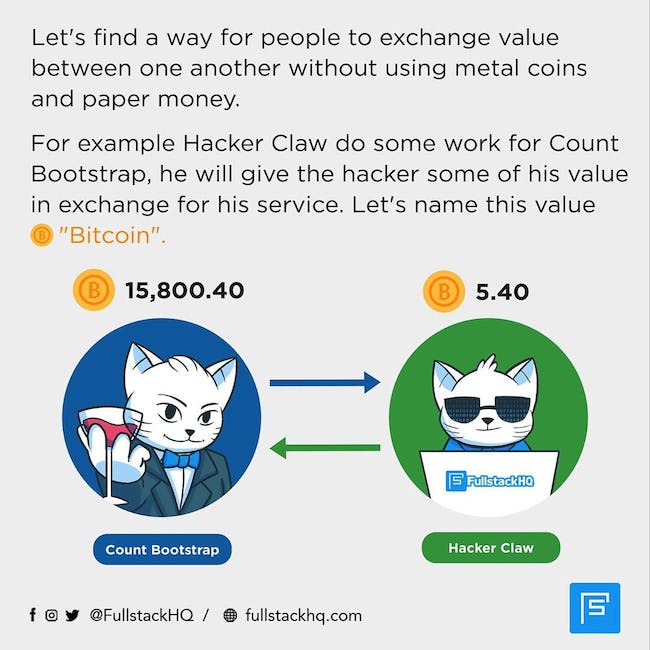 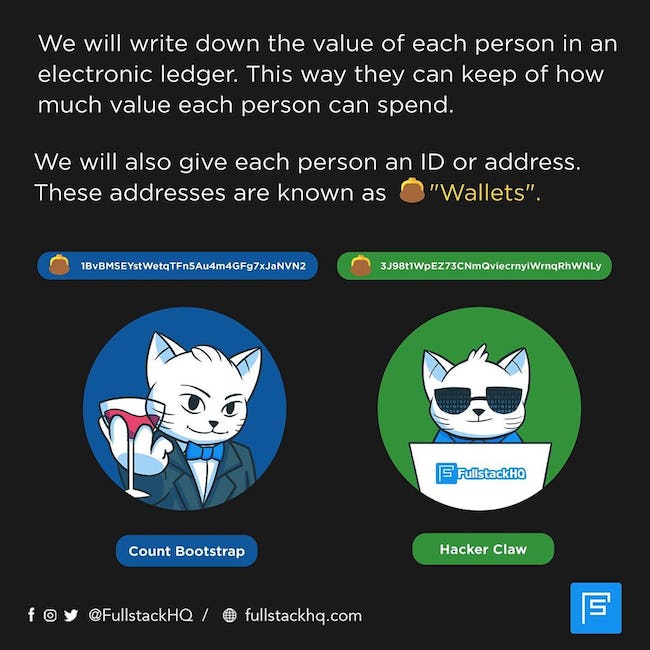 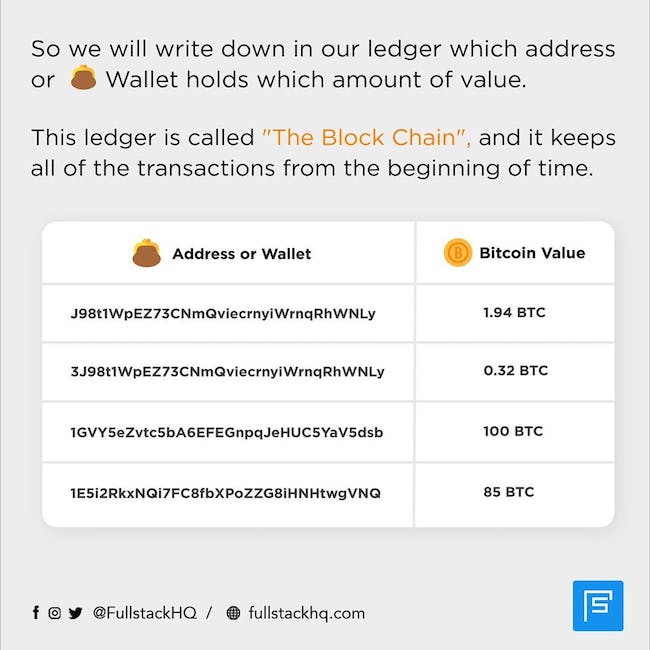 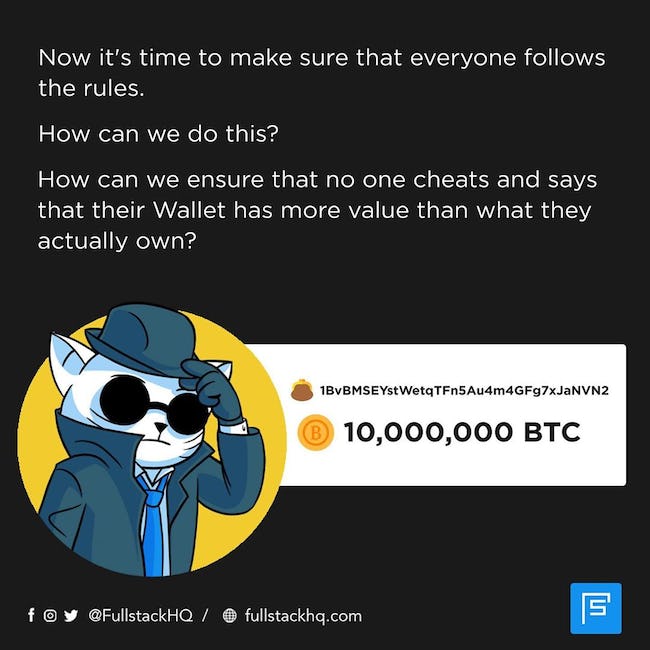 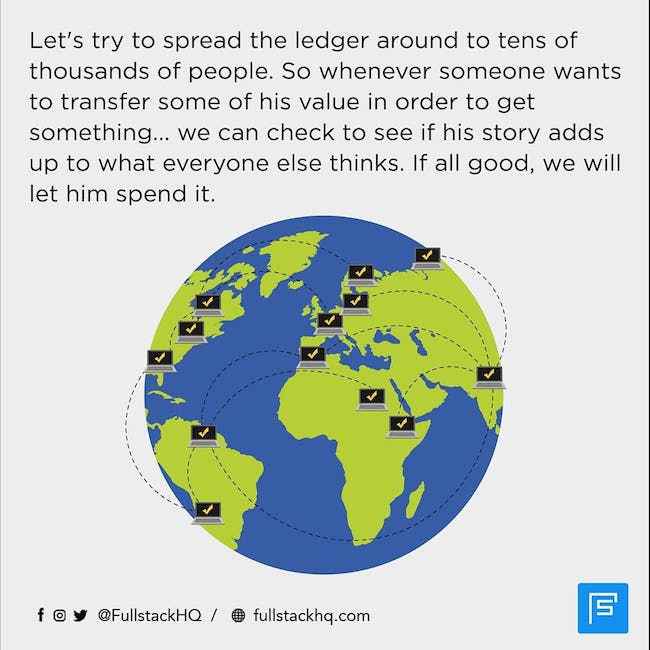 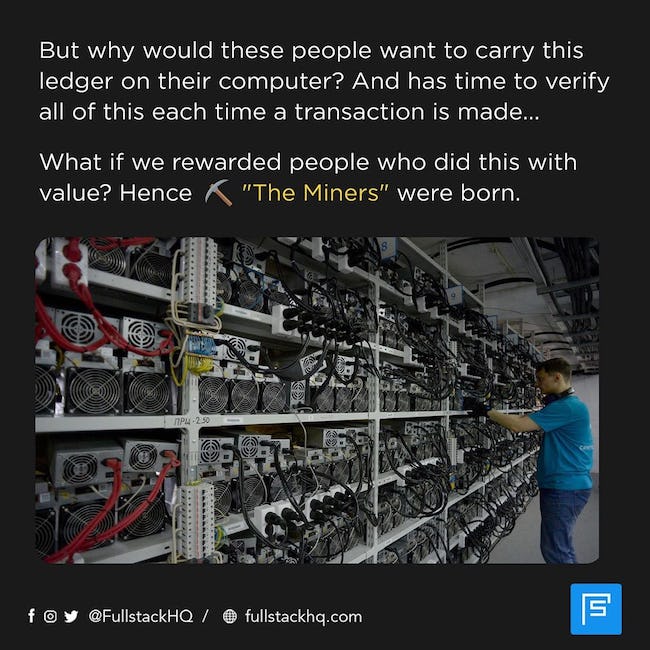 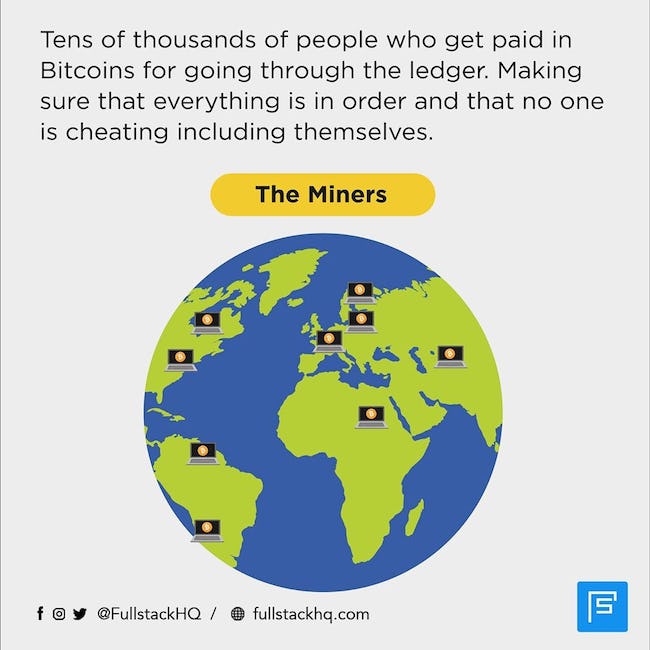 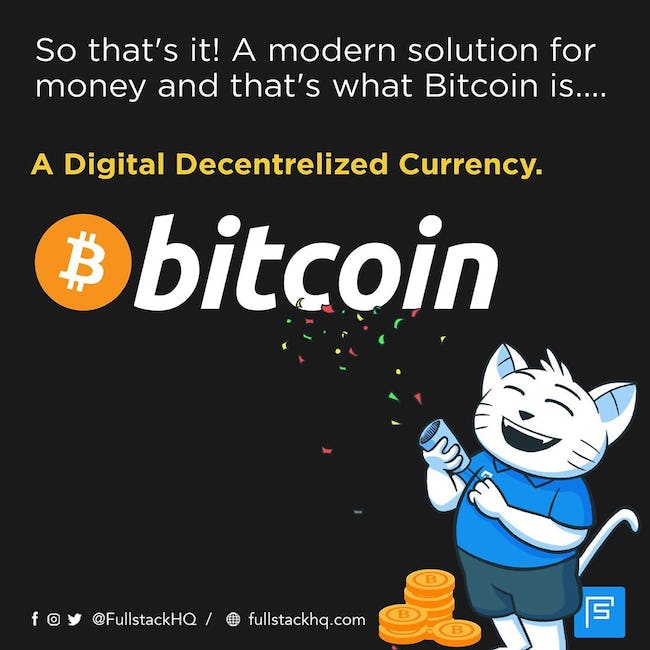 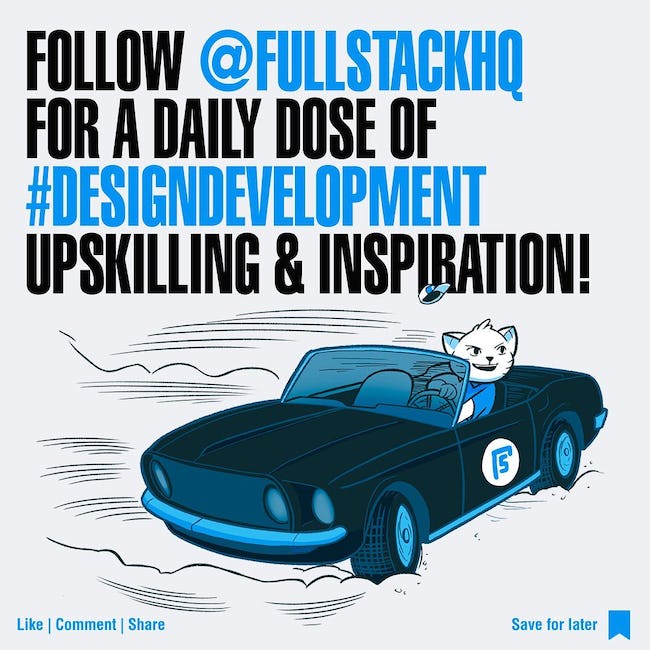 WHAT THE HECK IS BITCOIN?-
Here's an explanation even your Lola will understand

Let's find a way for people to exchange value between one another without using metal coins and paper money.
For example Hacker Claw do some work for Count Bootstrap, he will give the hacker some of his value in exchange for his service. Let's name this value Bitcoin.

We will write down the value of each person in an electronic ledger. This way they can keep of how much value each person can spend.
We will also give each person an ID or address. These addresses are known as Wallets.

So we will write down in our ledger which address or Wallet holds which amount of value. This ledger is called The Block Chain, and it keeps all of the transactions from the beginning of time.

Now it's time to make sure that everyone follows the rules.
How can we do this?
How can we ensure that no one cheats and says that their Wallet has more value than what they actually own?

Let's try to spread the ledger around to tens of thousands of people. So whenever someone wants to transfer some of his value in order to get something... we can check to see if his story adds up to what everyone else thinks. If all good, we will let him spend it.

But why would these people want to carry this ledger on their computer? And has time to verify all of this each time a transaction is made... What if we rewarded people who did this with value? Hence The Miners were born.

Tens of thousands of people who get paid in Bitcoins for going through the ledger. Making sure that everything is in order and that no one is cheating including themselves.

So that's it! A modern solution for money and that's what Bitcoin is.. A Digital Decentrelized Currency. bitcoin