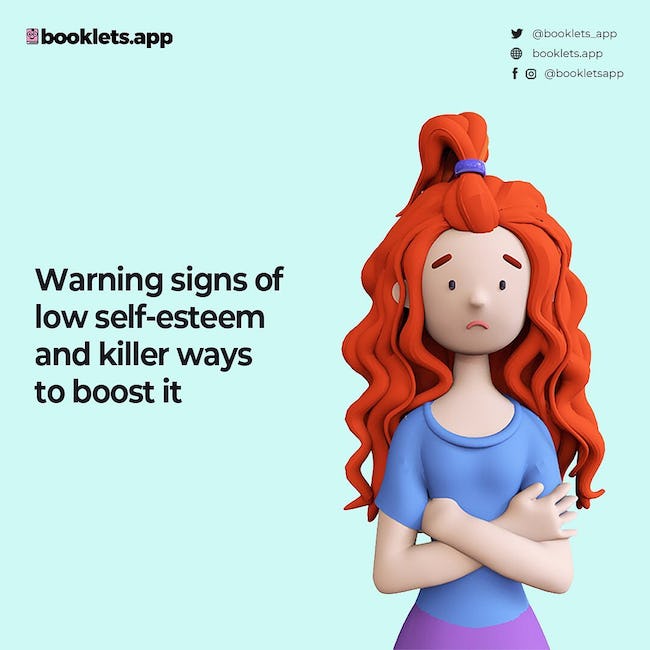 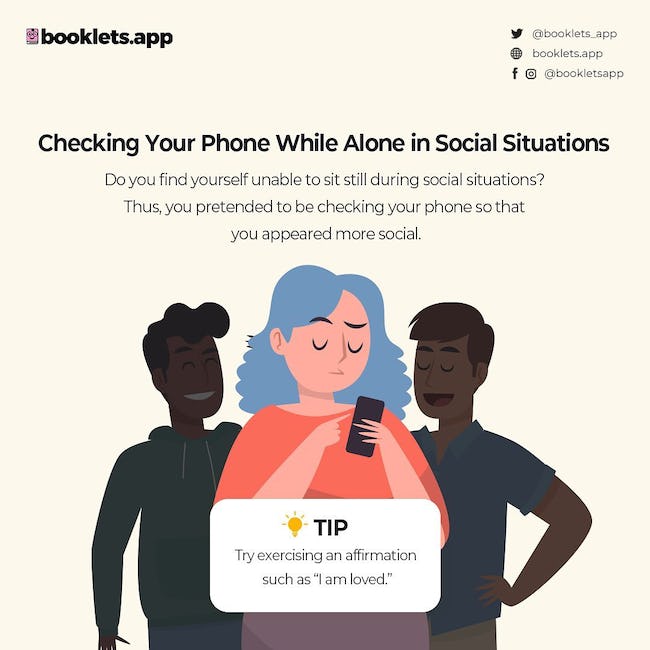 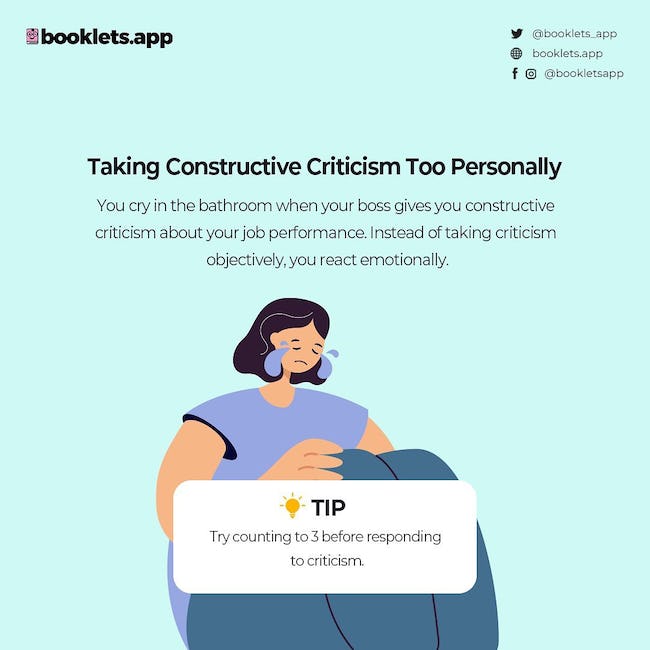 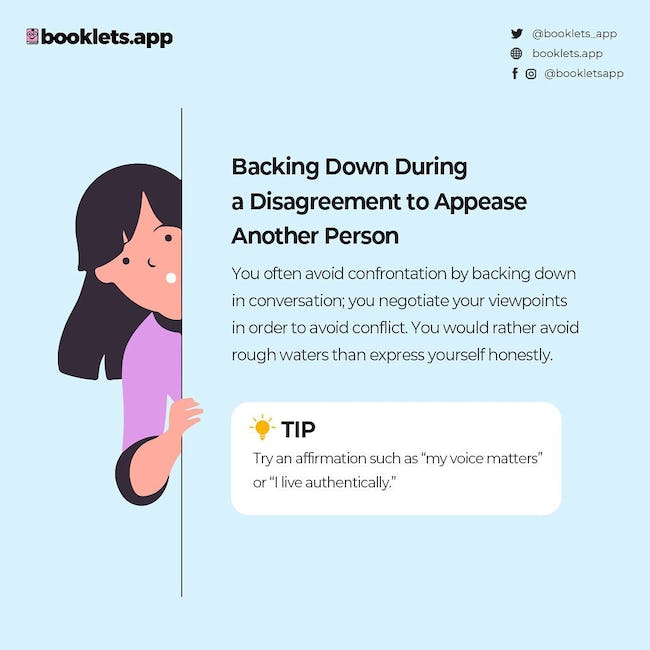 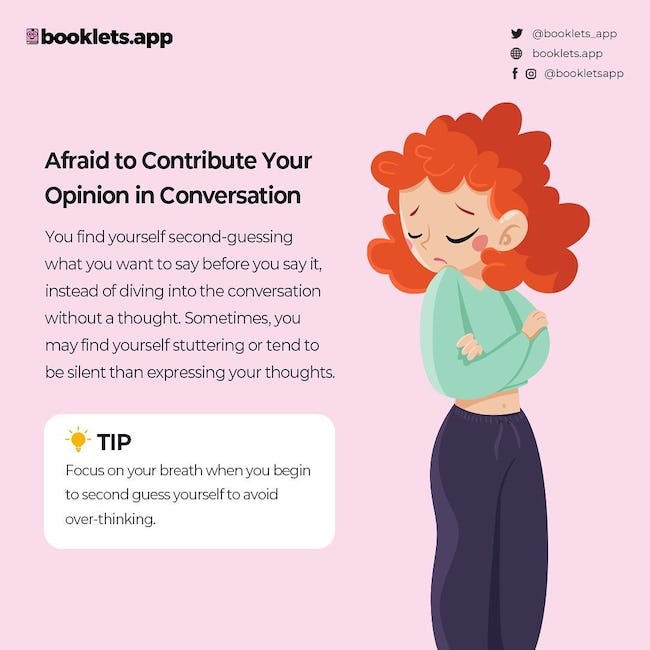 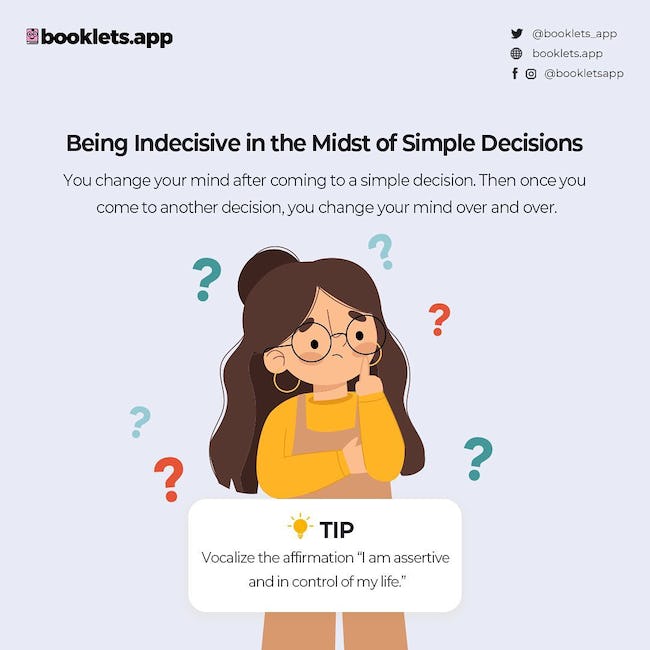 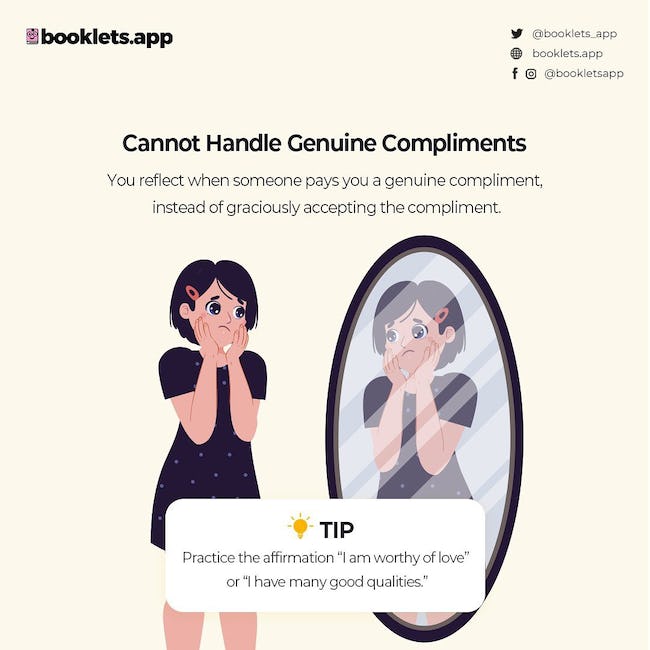 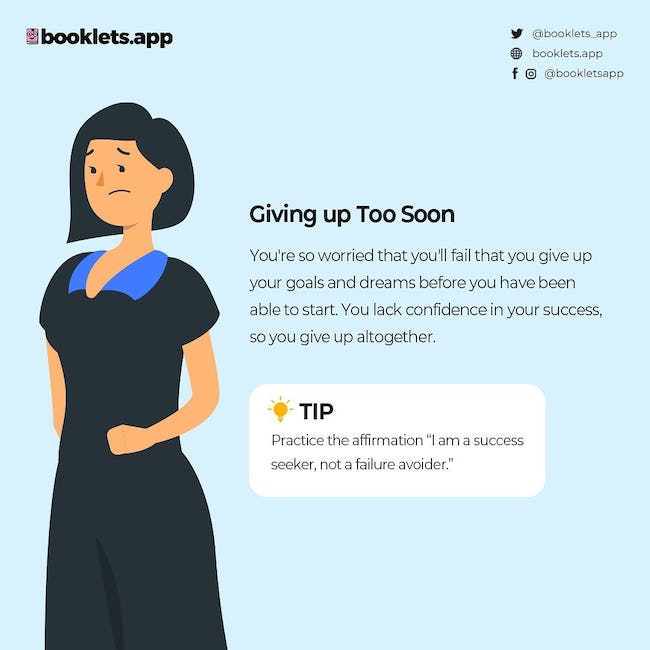 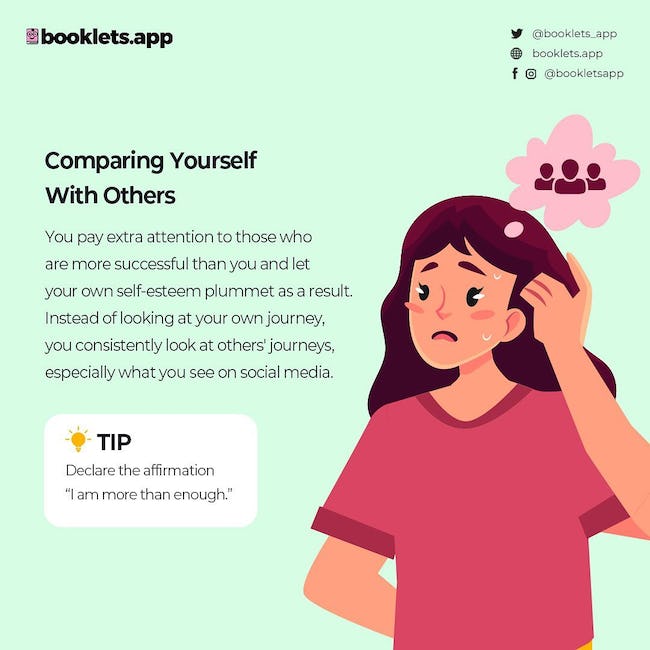 *Checking Your Phone While Alone in Social Situations

Do you find yourself unable to sit still during social situations?

Thus, you pretend to be checking your phone so that you appeared more social.

You cry in the bathroom when your boss gives you constructive cristism about your job performance. Instead of taking criticism objectively, you react emotionally.

*Backing Down During a disagreement to appease another person

you often avoid confrontation by backing down in conversation; you negotiate your viewpoints in order to avoid conflict. You would rather avoid rough waters than express yourself honestly.

*afraid to contribute your opinion in conversation

You find yourself second-guessing what you want to say before you say it, instead of diving into the conversation without a thought. Sometimes, you may find yourself stuttering or tend to be silent than expressing your thoughts.

*Being indecisive in the midst of simple decisions

You reflect when someone pays you a genuine compliment, instead of graciously accepting the compliment.

You're so worried that you'll fail that you give up your goals and dreams before you have been able to start. You lack confidence in your success, so you give up altogether.

*Comparing Yourself With Others

You pay extra attention to those who are more successful than you and let your own self-esteem plummet as a result. Instead of looking at your own journe, you consistently look at other's journeys, especially what you see on social media.