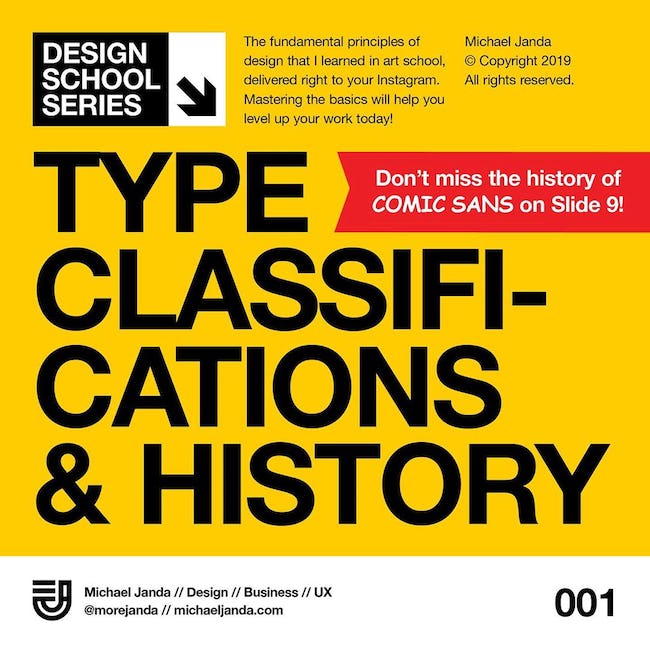 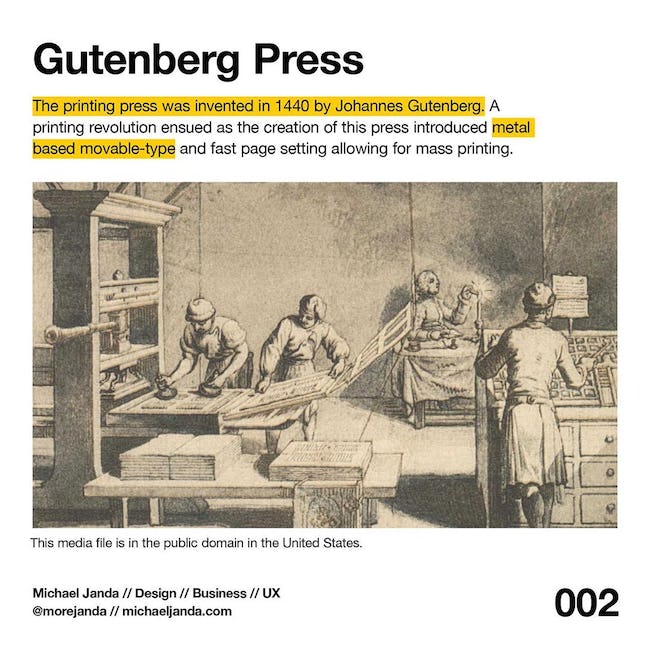 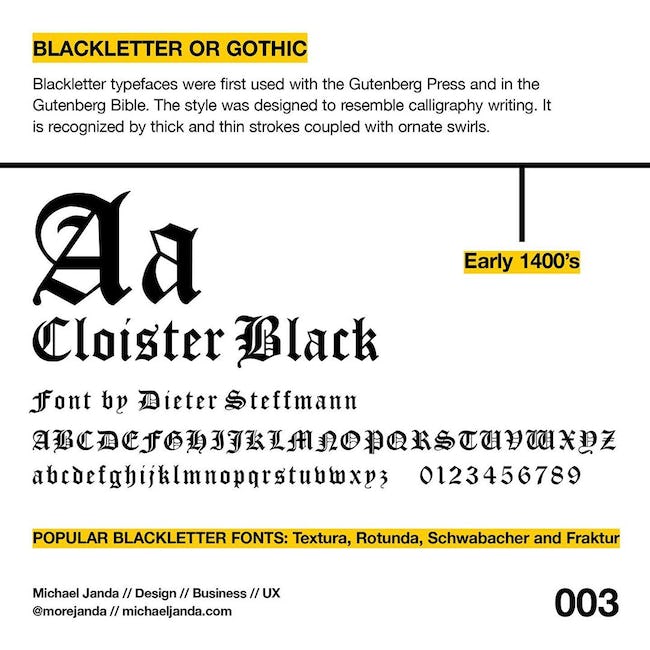 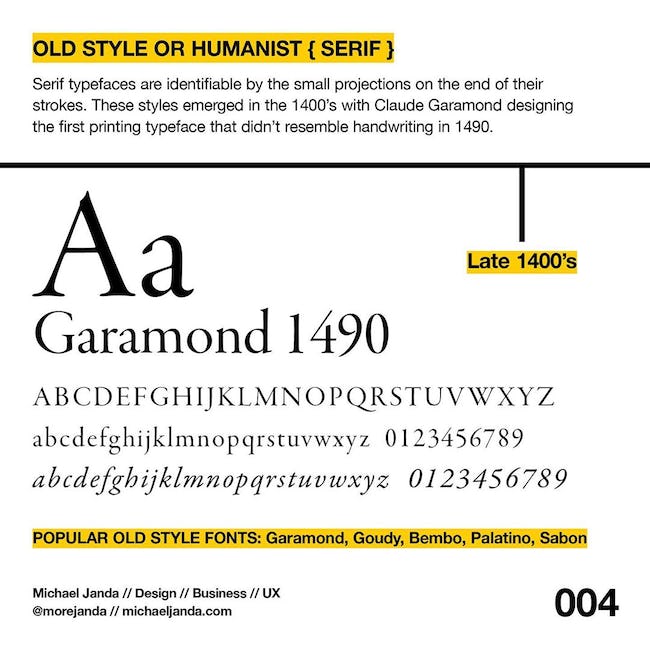 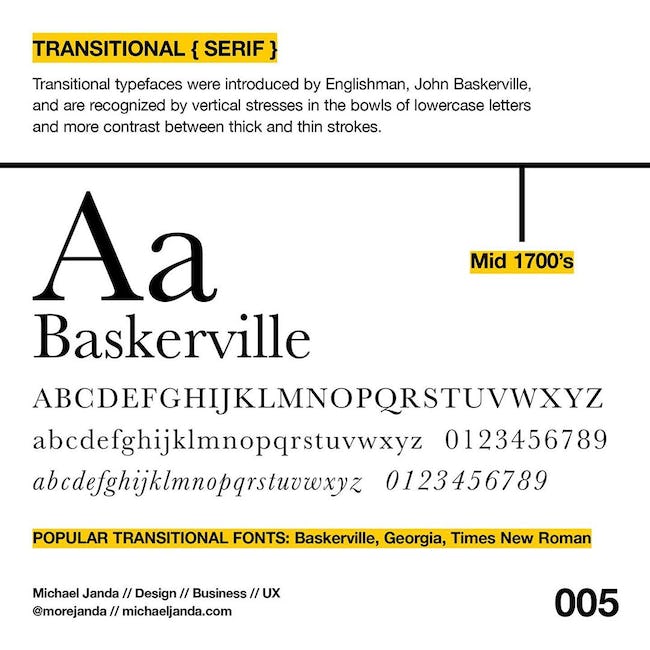 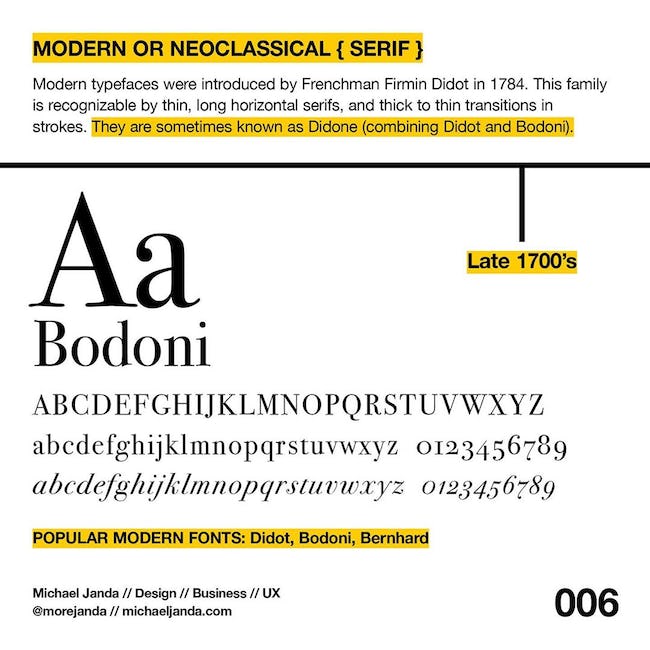 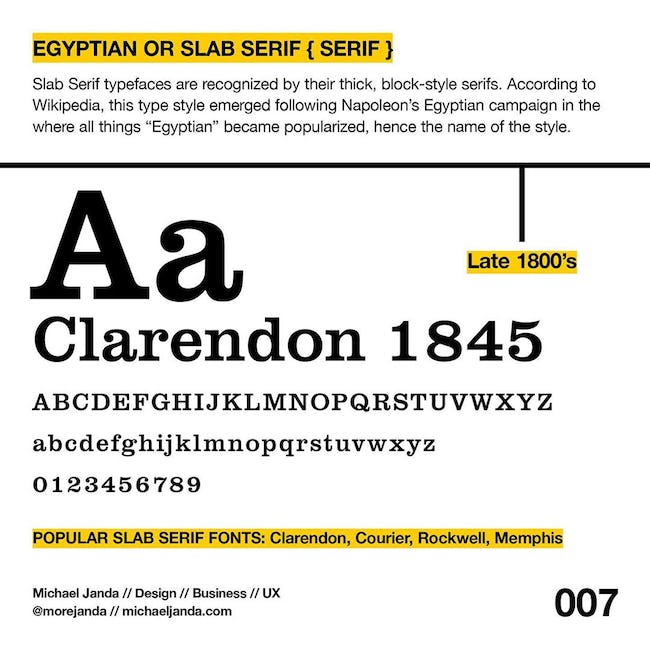 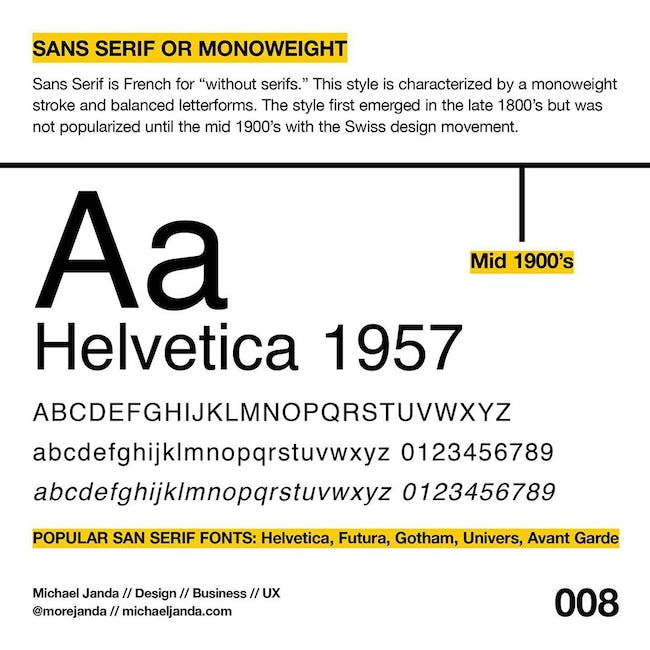 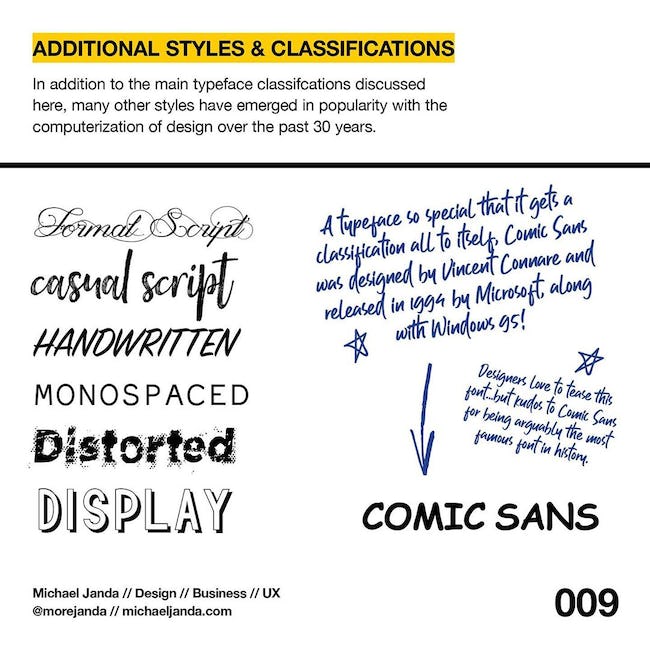 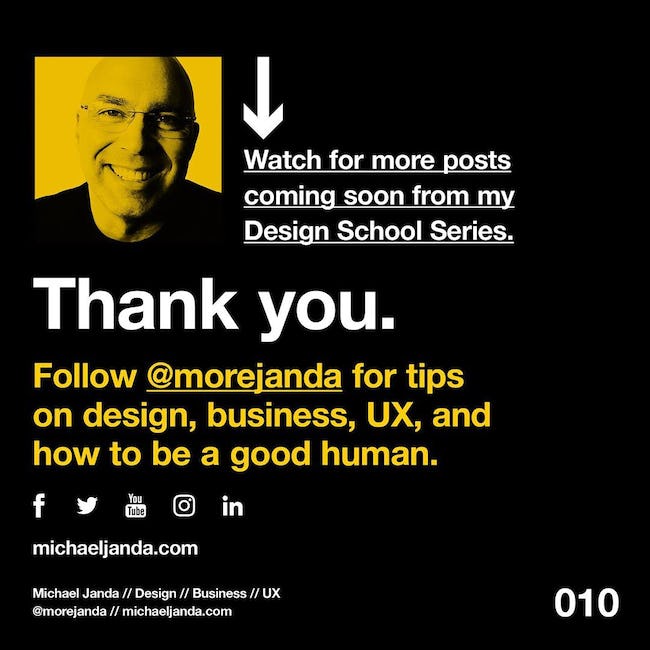 Gutenberg Press⁣⁣ The printing press was invented in 1440 by Johannes Gutenberg. A printing revolution ensued.⁣⁣

⁣⁣ BLACKLETTER OR GOTHIC⁣⁣ Blackletter typefaces were first used with the Gutenberg Press and in the Gutenberg Bible. The style was designed to resemble calligraphy writing. It is recognized by thick and thin strokes coupled with ornate swirls.⁣⁣

OLD STYLE OR HUMANIST { SERIF }⁣⁣ Serif typefaces are identifiable by the small projections on the end of their strokes. These styles emerged in the 1400’s with Claude Garamond designing the first printing typeface that didn’t resemble handwriting in 1490.⁣⁣

TRANSITIONAL { SERIF }⁣⁣Transitional typefaces were introduced by Englishman, John Baskerville, and are recognized by vertical stresses in the bowls of lowercase letters and more contrast between thick and thin strokes. ⁣⁣

MODERN OR NEOCLASSICAL { SERIF }⁣⁣ Modern typefaces were introduced by Frenchman Firmin Didot in 1784. This family is recognizable by thin, long horizontal serifs, and thick to thin transitions in strokes.⁣⁣

SANS SERIF OR MONOWEIGHT⁣⁣ Sans Serif is French for “without serifs.” This style is characterized by a monoweight stroke and balanced letterforms.

ADDITIONAL STYLES & CLASSIFICATIONS⁣⁣In addition to the main typeface classifcations discussed here, many other styles have emerged in popularity with the computerization of design over the past 30 years

A typeface so special that it gets a classification all to itself, Comic Sans was designed by Vincent Connare and released in 1994 by Microsoft, preinstalled in Windows 95!⁣⁣