Top Female Programmers of all Time 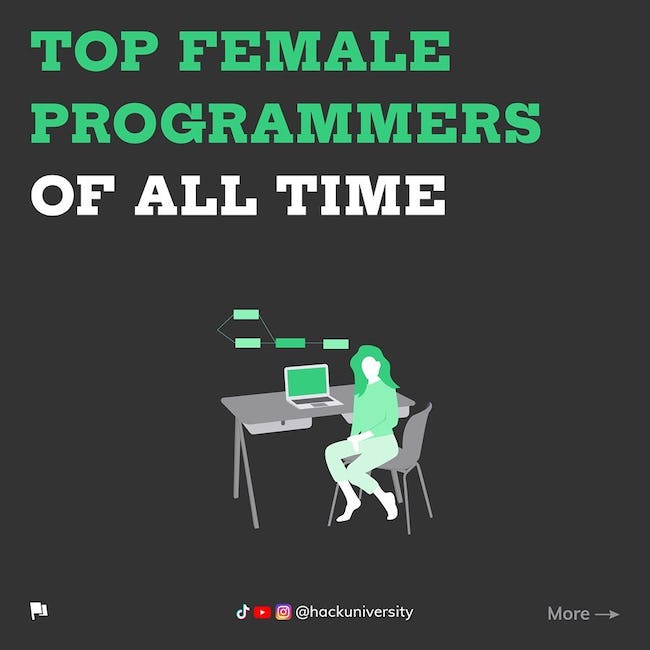 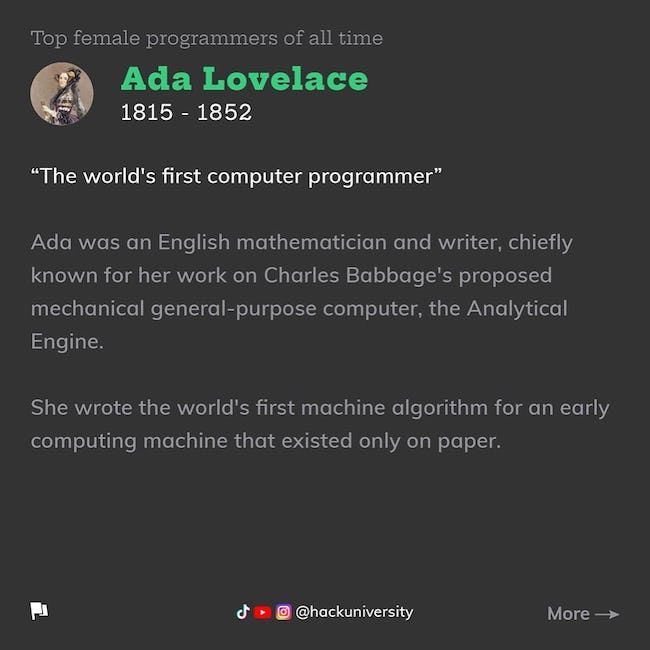 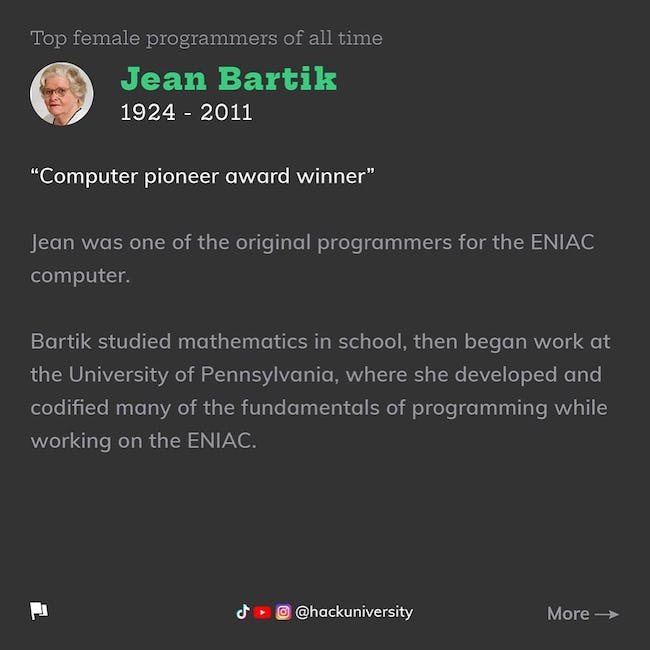 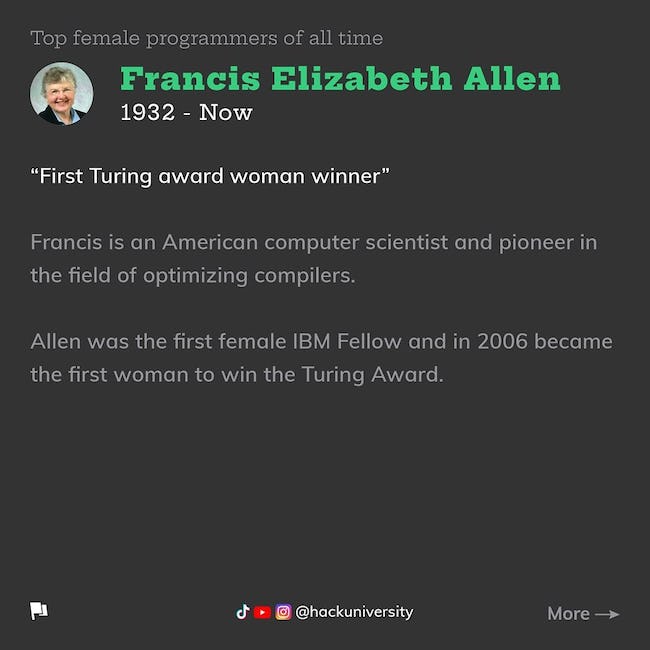 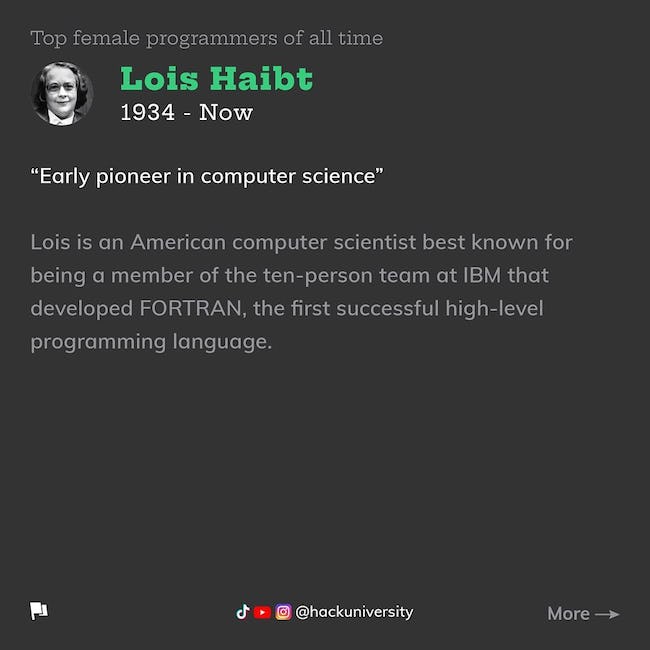 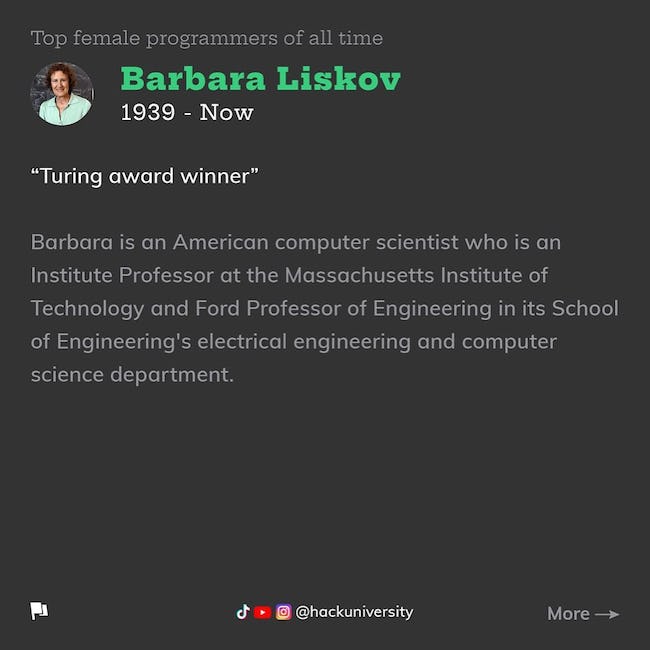 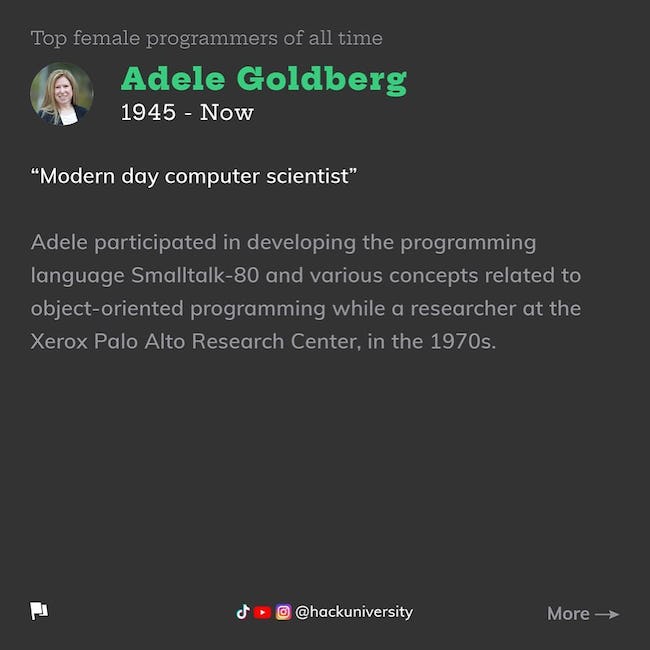 TOP FEMALE PROGRAMMERS OF ALL TIME

Ada was an English mathematician and writer, chiefly known for her work on Charles Babbage's proposed mechanical general-purpose computer, the Analytical Engine.

She wrote the world's first machine algorithm for an early computing machine that existed only on paper.

She was of the first programmers of the Harvard Mark I computer and was a pioneer of computer programming who invented one of the first linkers.

Jean was one of the original programmers for ENIAC computer.

Bartik studied mathematics in school, then began work at University of Pennsylvania, where she developed and codified many of the fundamentals of programming while working on the ENIAC.

Francis is an American computer scientist and pioneer in the field of optimizing compilers.

Allen was the first female IBM Fellow and in 2006 became the first woman to win the Turing Award.

Lois is an American computer scientist best known for being a member if the ten-person team at IBM that developed FORTRAN, the first successful high-level programming language.

Adele participated in developing the programming language Smalltalk-80 and various concepts related to object-oriented programming while a researcher at the Xerox Palo Alto Research Center, in the 1970s.