This is What Happened in 2019 on Spotify 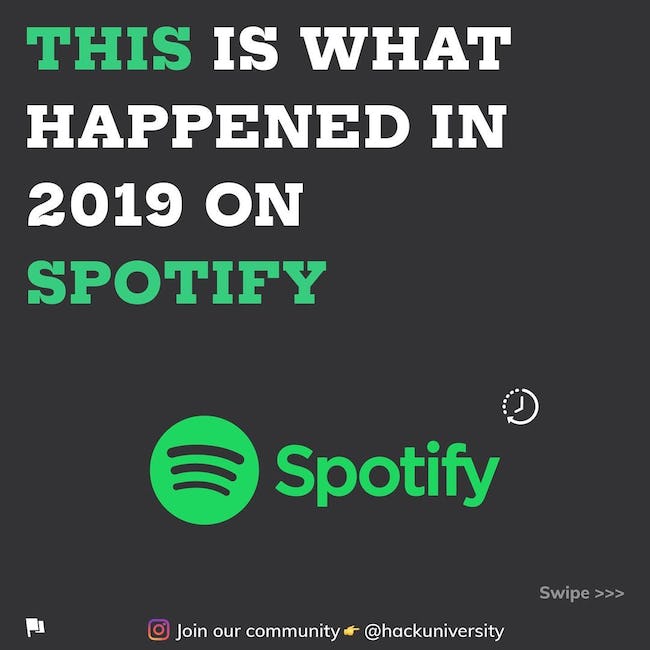 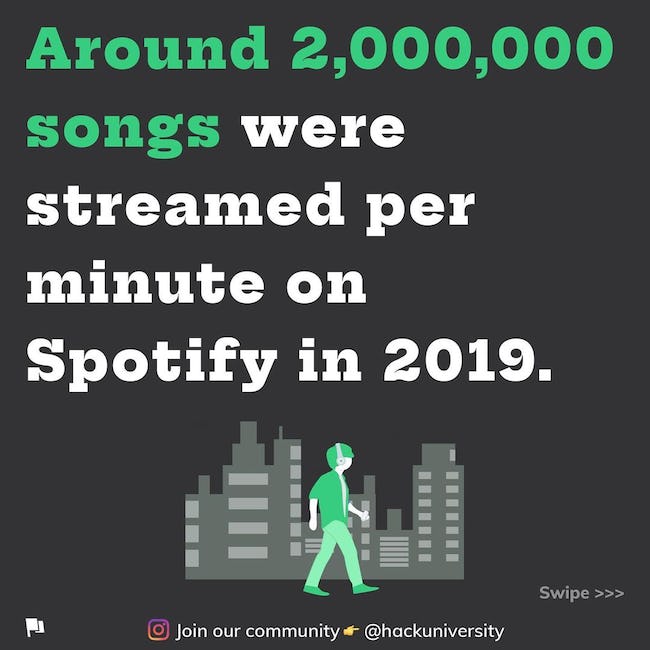 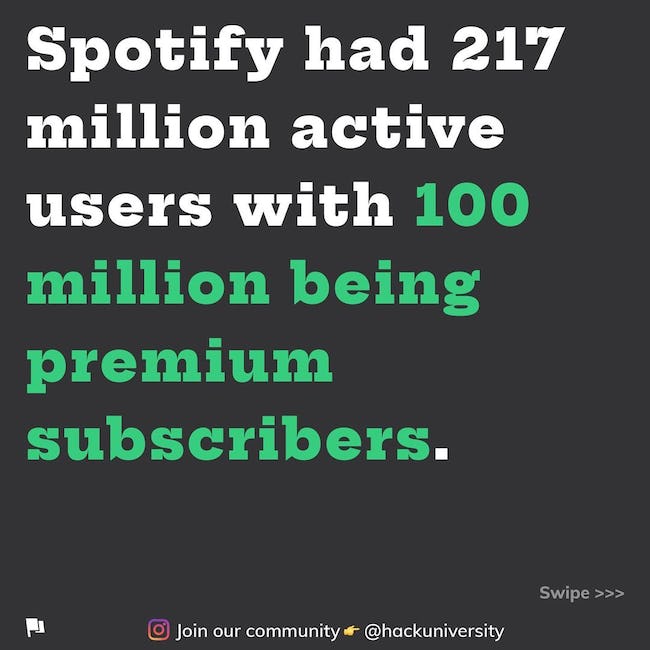 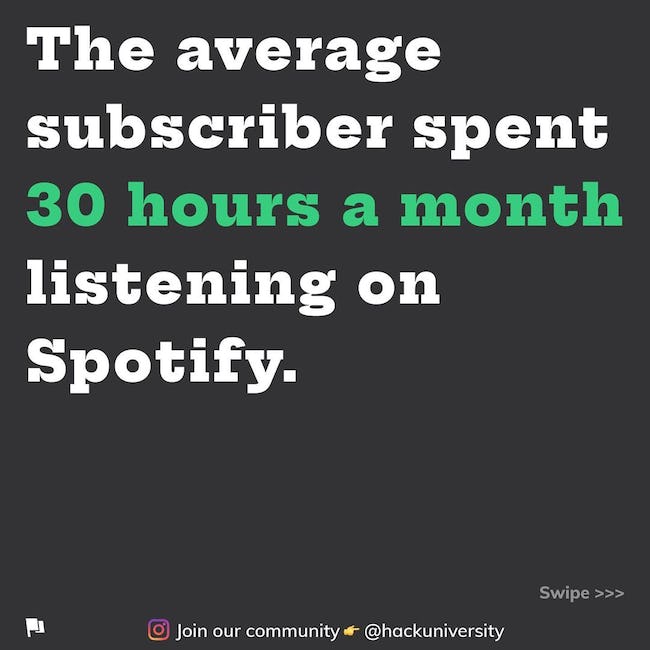 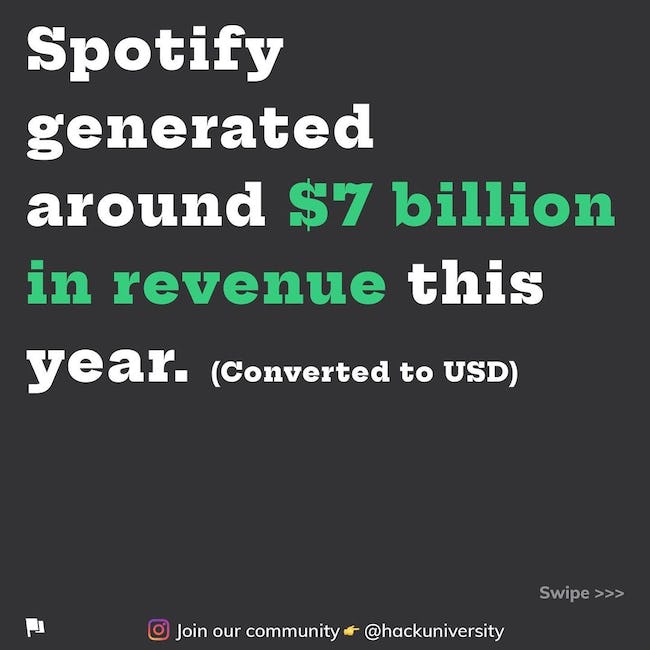 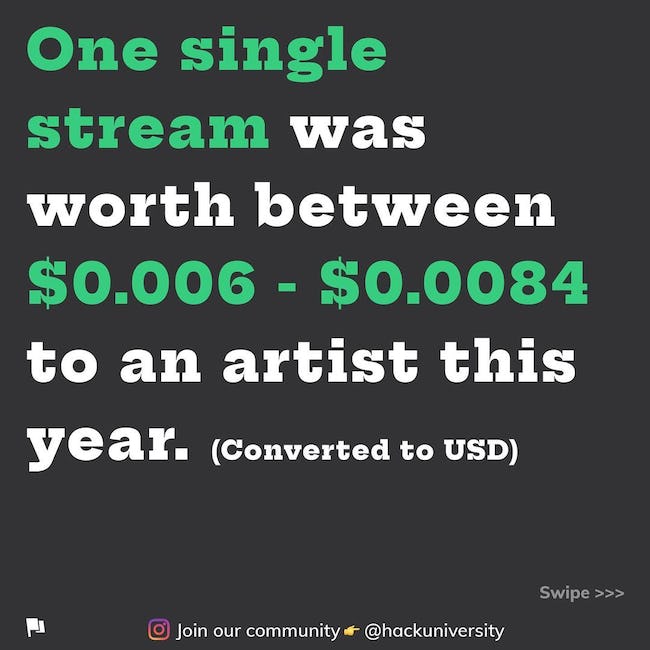 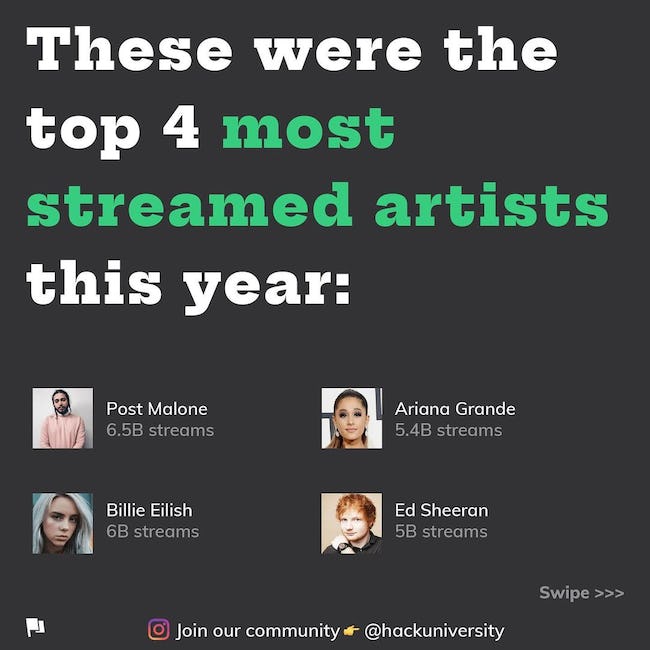 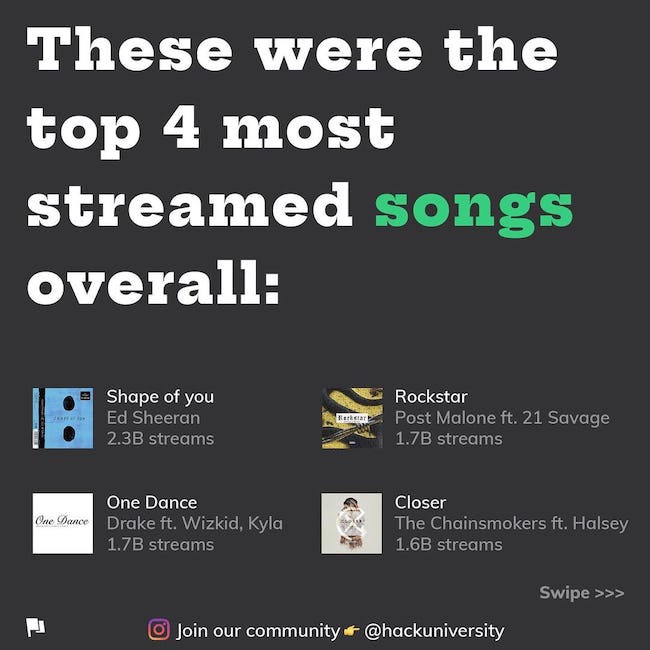 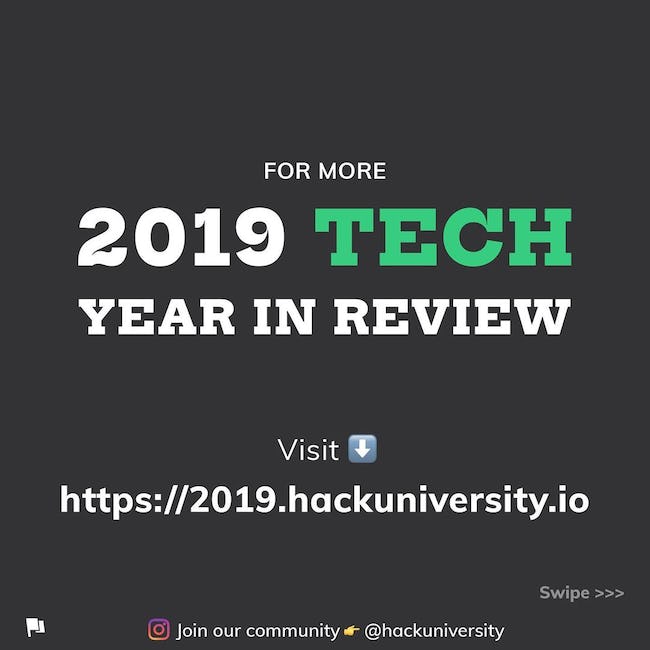 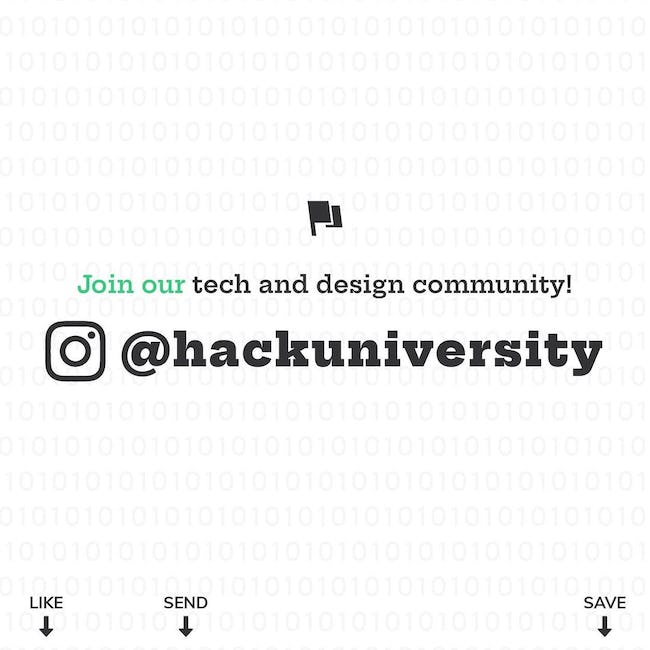 This is What Happened in 2019 on Spotify

Spotify has 217 million active users with 100 million being premium subscribers.

Spotify generated around $7 Billion in revenue this year. (Converted to USD)

These were the most streamed artists this year:

These were the top most streamed songs overall: