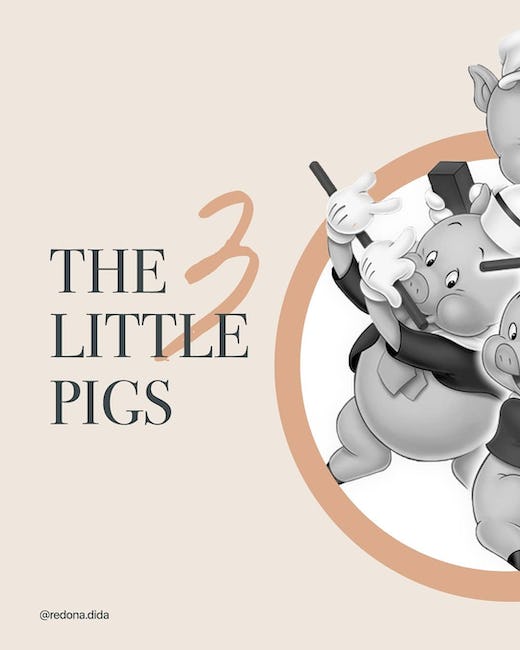 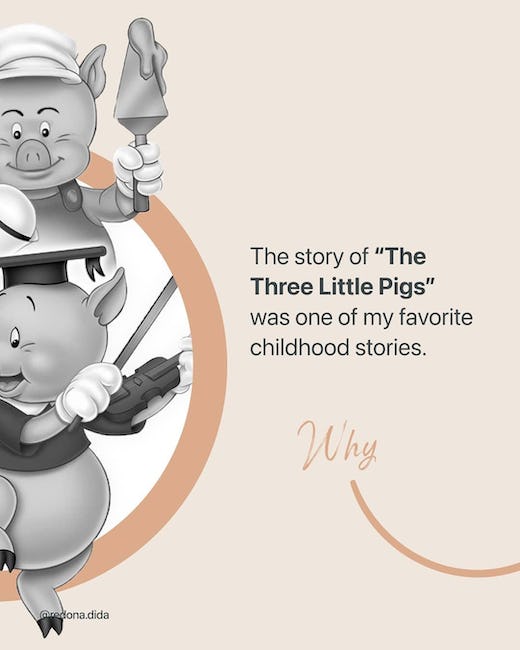 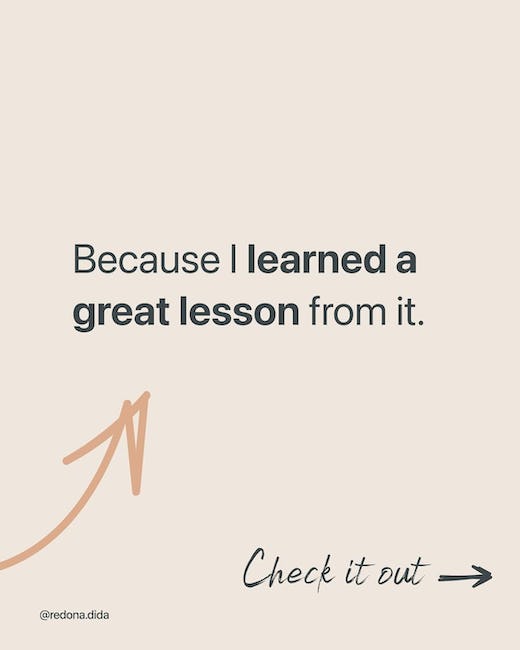 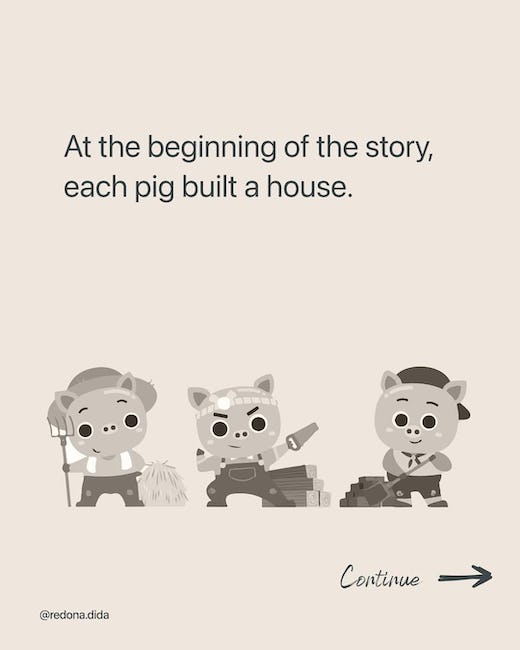 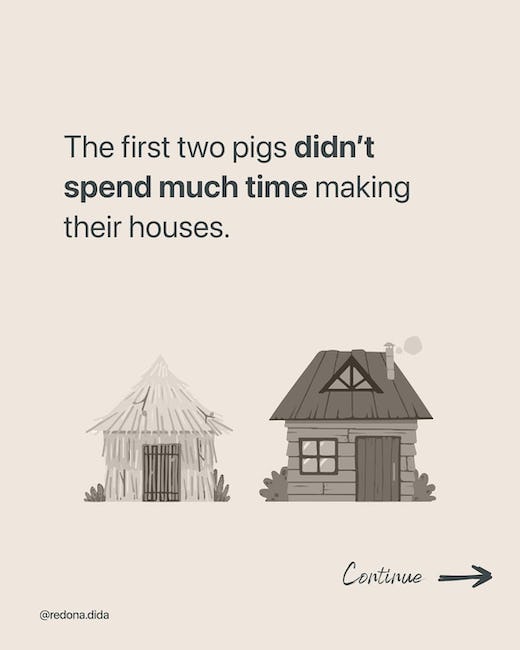 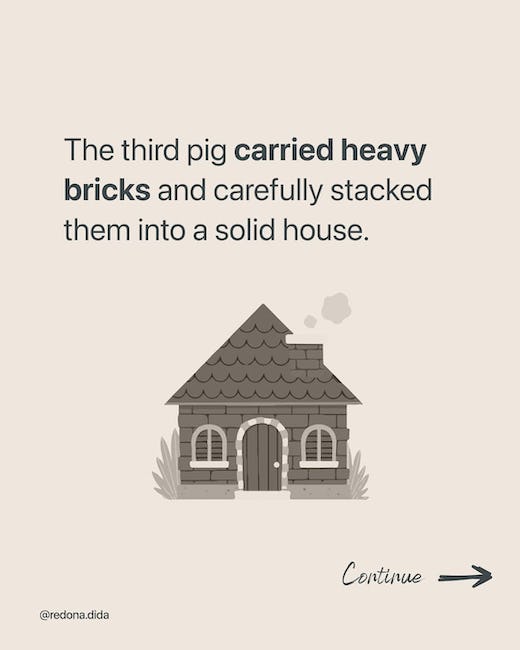 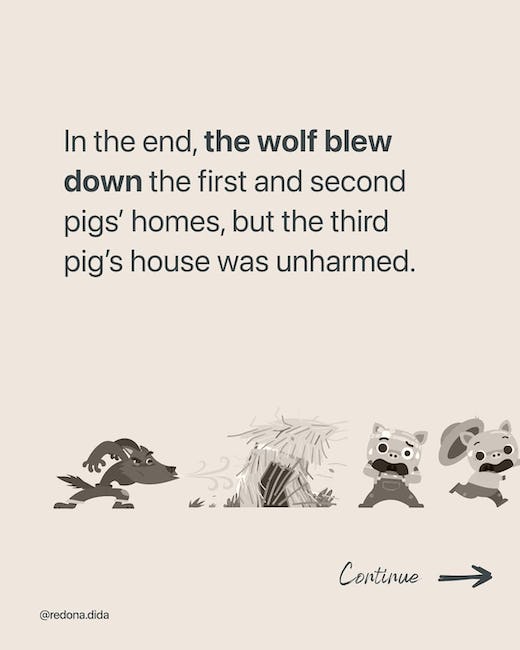 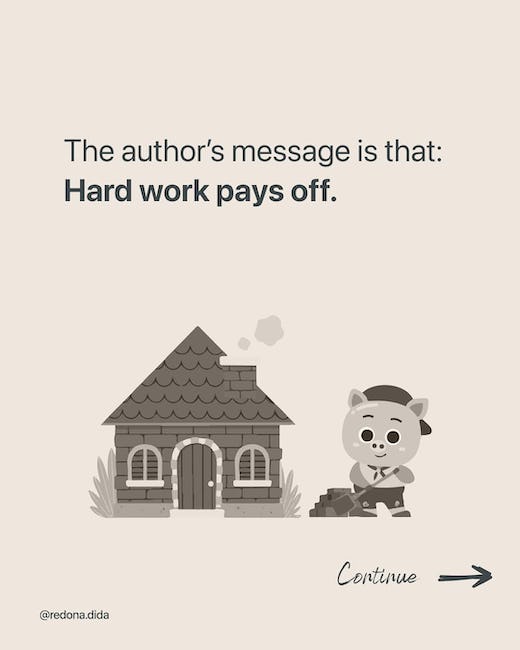 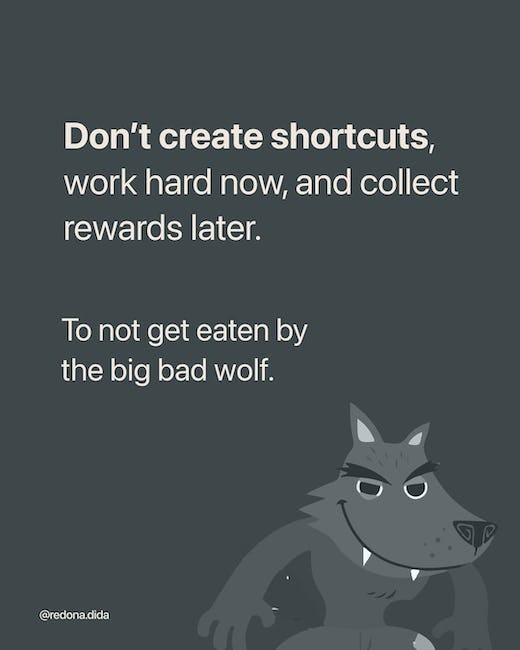 The story of "The Three Little Pigs" was one of my favorite childhood stories.

Because I learned a great lesson from it.

At the beginning of the story, each pig built a house.

The third pig carried heavy bricks and carefully stacked them into a solid house.

In the end, the wolf blew down the first and second pigs' homes, but the third pig's house was unharmed.

The author's message is that: Hard work pays off.

To not get eaten by the big bad wolf.