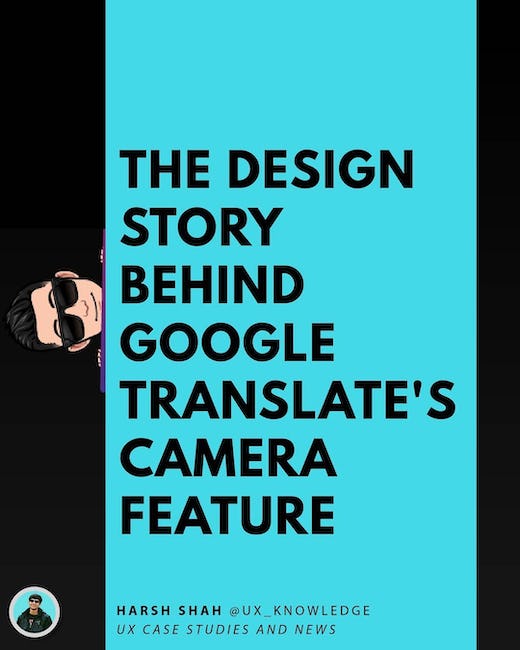 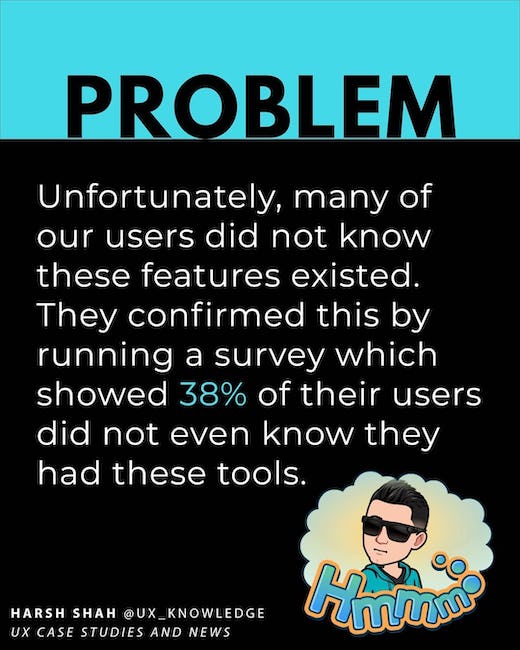 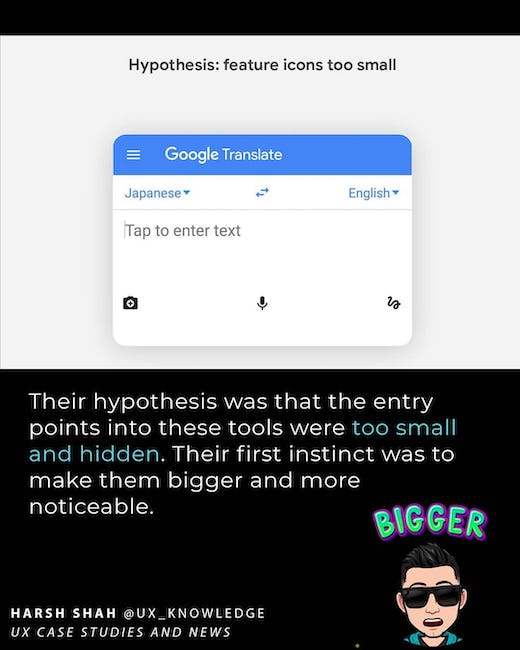 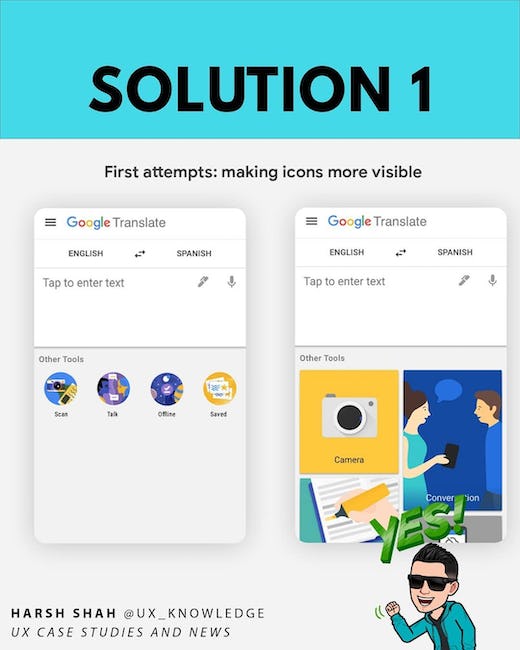 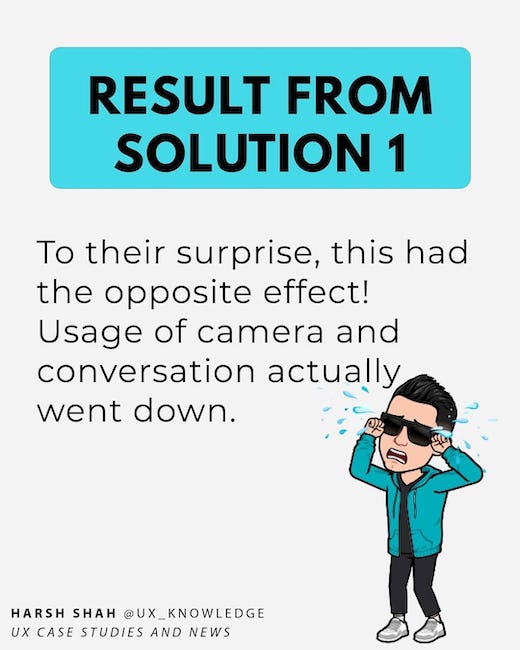 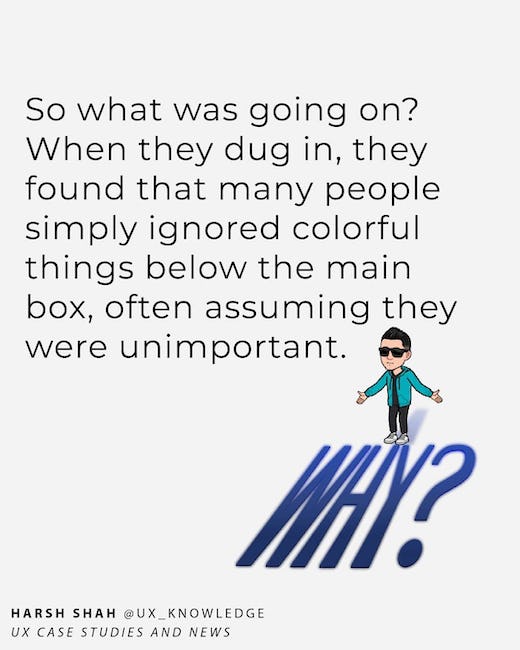 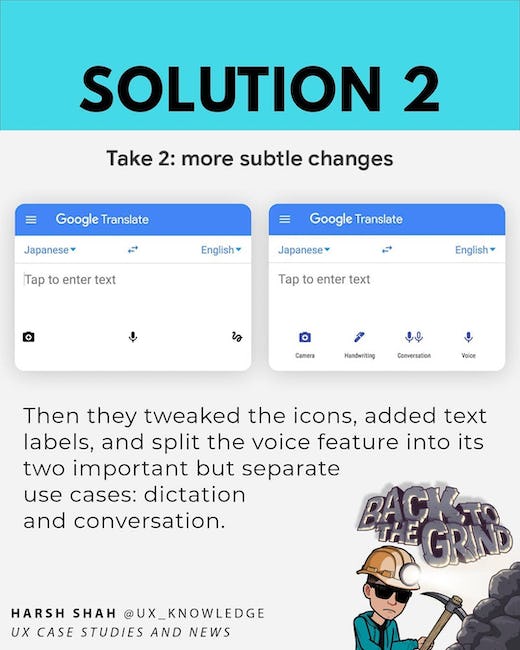 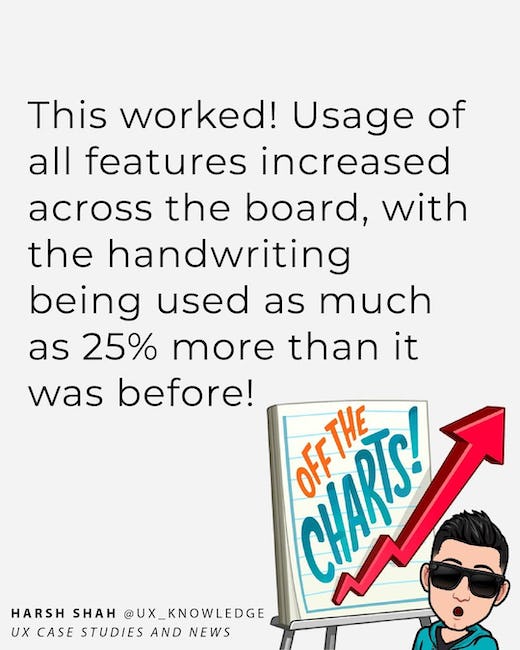 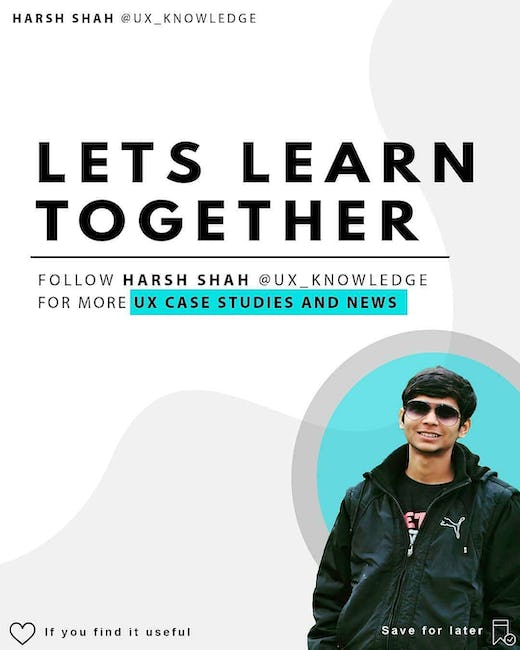 Unfortunately, many of our users did not know these features existed. They confirmed this by running a survey which showed 38% of their users did not even know they had these tools.

Their hypothesis was that the entry points into these tools were too small and hidden. Their first instinct was to make them bigger and more noticeable.

To their surprise, this had the opposite effect! Usage of camera and conversation actually^^ went down.

So what was going on? When they dug in, they found that many people simply ignored colorful things below the main box, often assuming they were unimportant.

Then they tweaked the icons, added text labels, and split the voice feature into its

two important but separate use cases: dictation and conversation.

This worked! Usage of all features increased across the board, with the handwriting being used as much as 25% more than it was before!
LETS LEARN TOGETHER