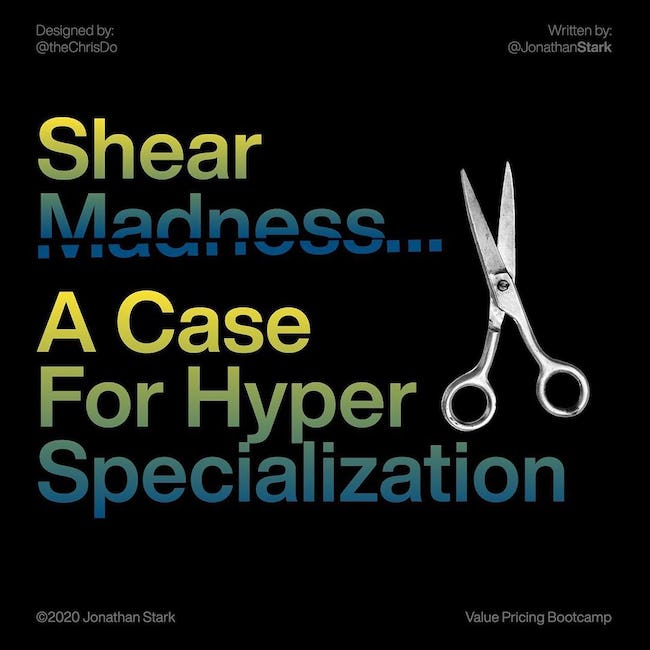 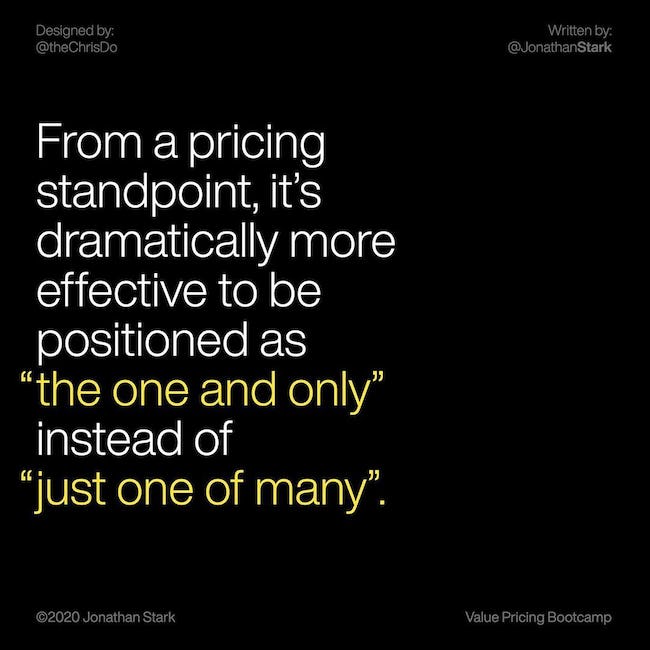 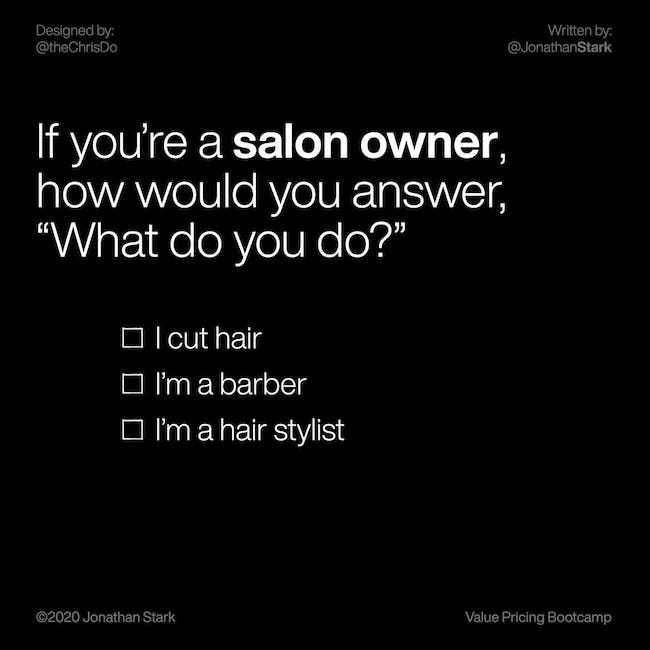 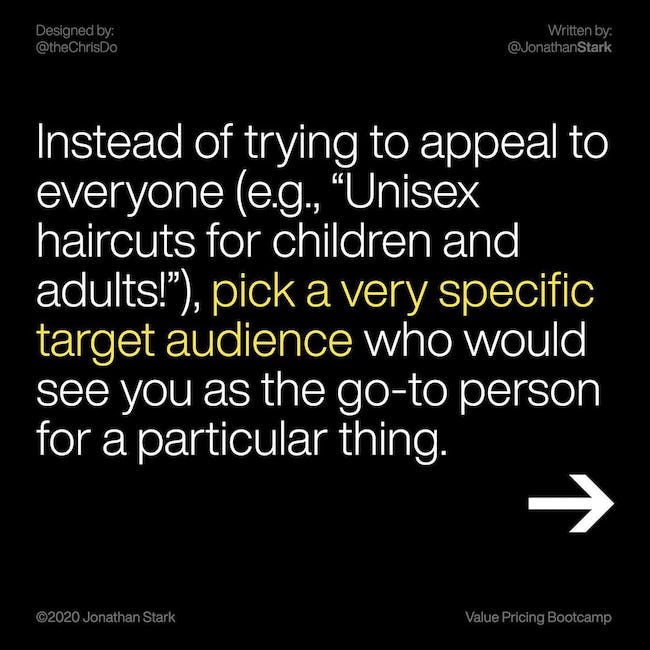 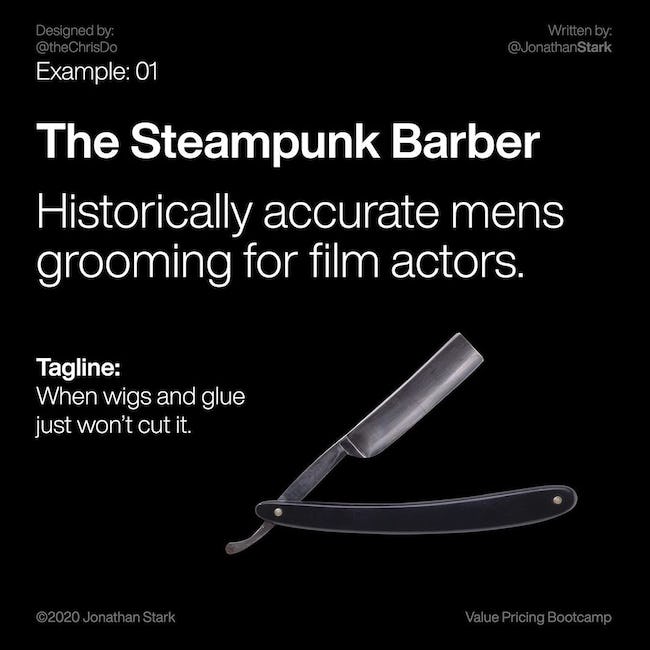 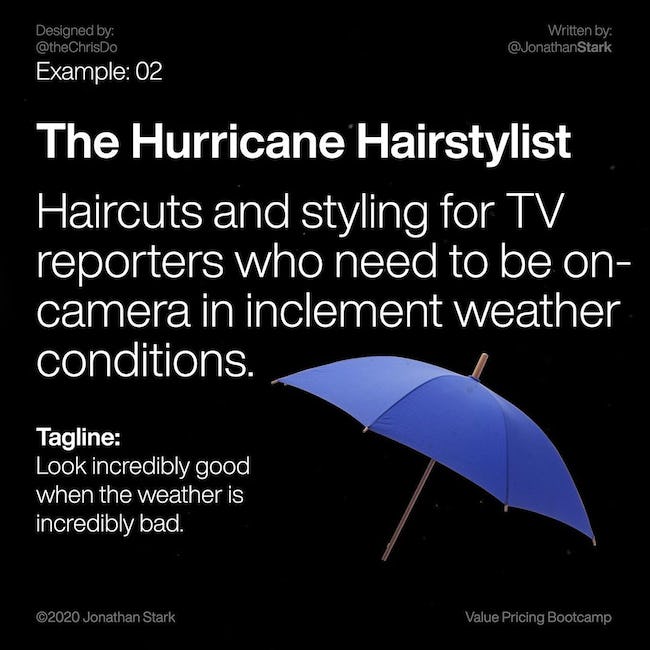 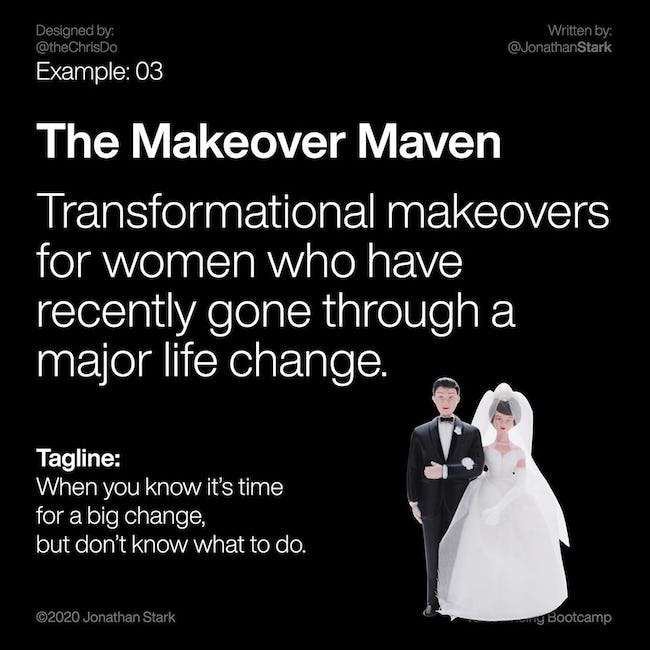 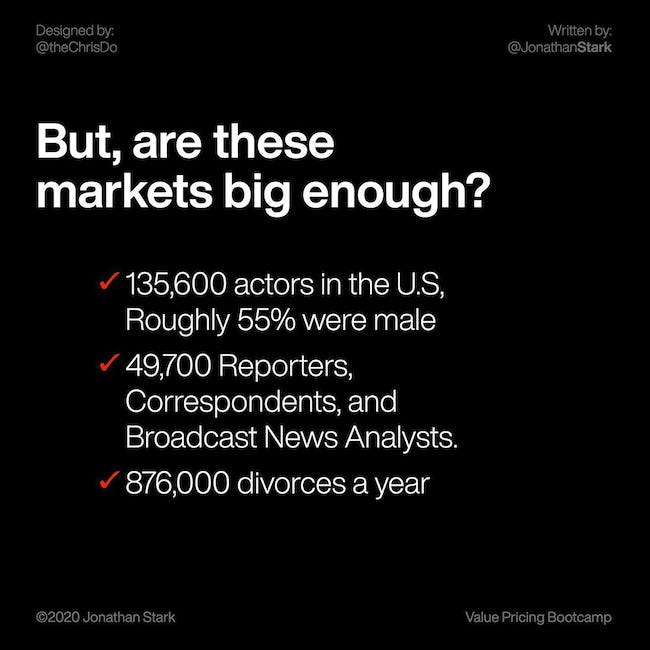 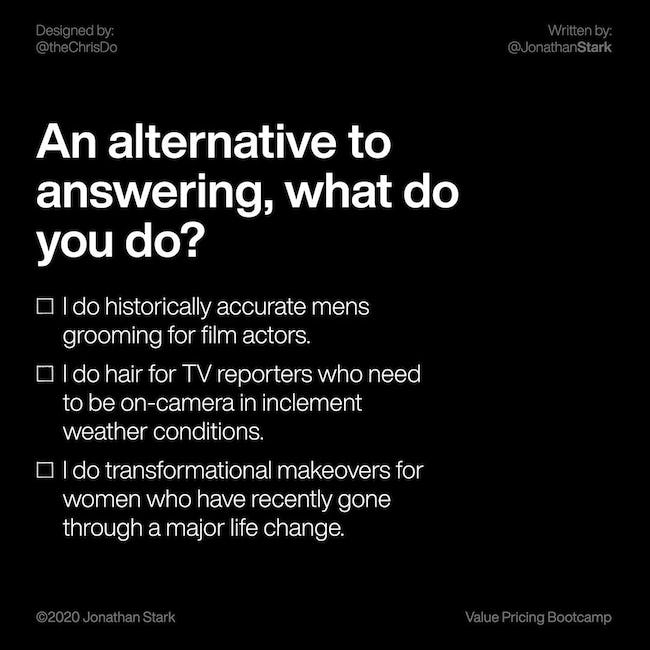 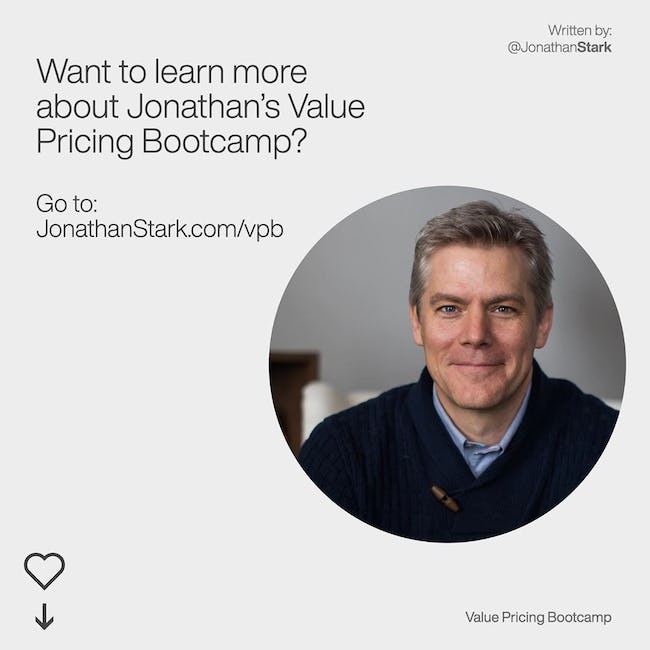 From a pricing standpoint, it's dramatically more effective to be positioned as 'the one and only' instead of 'just one of many'.

If you're a salon owner how would you answer, 'What do you do?'

Instead of trying to appleal to everyone (e.g., 'Unisex haircuts for children and adults!'), pick avery specific target audience who would see you as the go-to person for a particular thing.

Tagline: When wigs and glue just won't cut it.

Haircuts and styling for TV reporters who need to be on camera in inclement weather conditions.

Transformational makeover for women who have recently gone through a major life change.

Tagline: When you know it's time for a big change, but don't know what to do.

But, are these markets big enough?

An alternative to answering, what do you do?