See how the obvious UI is often best UI 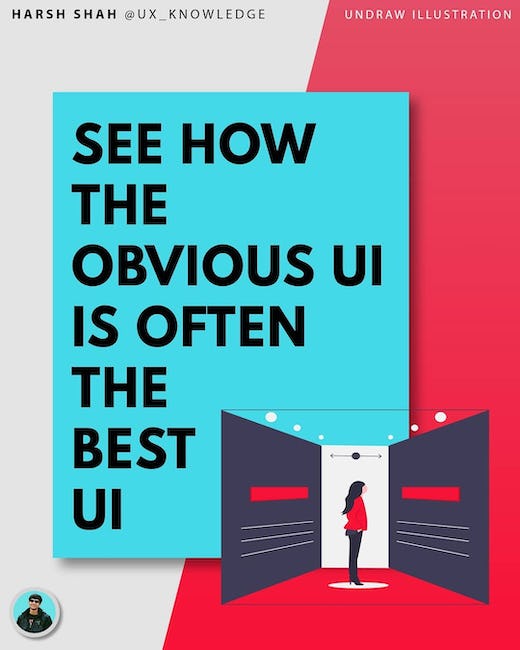 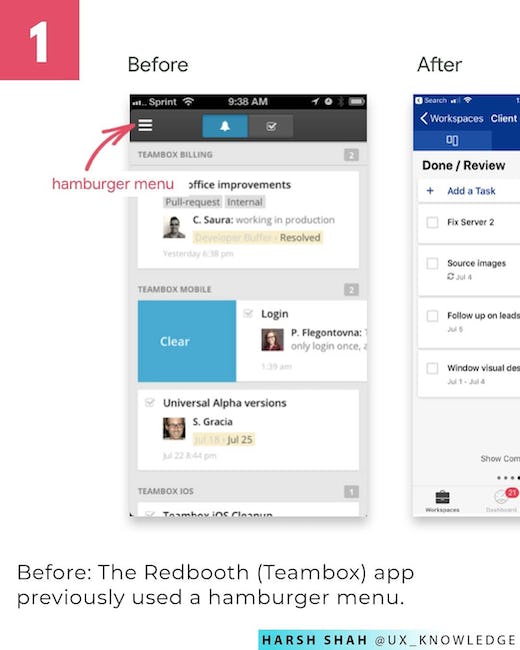 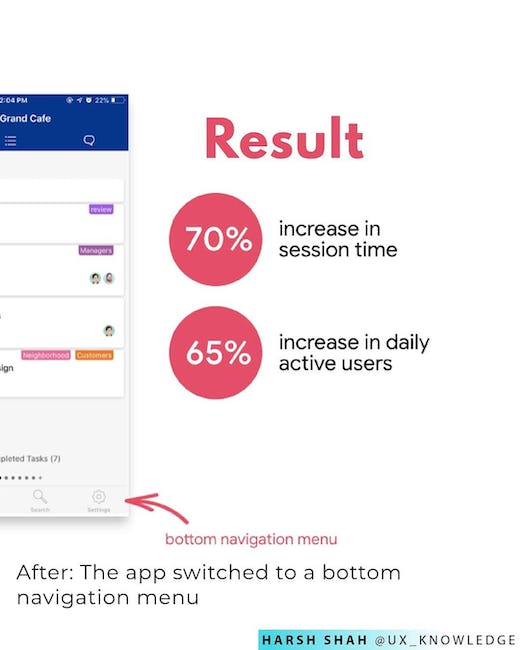 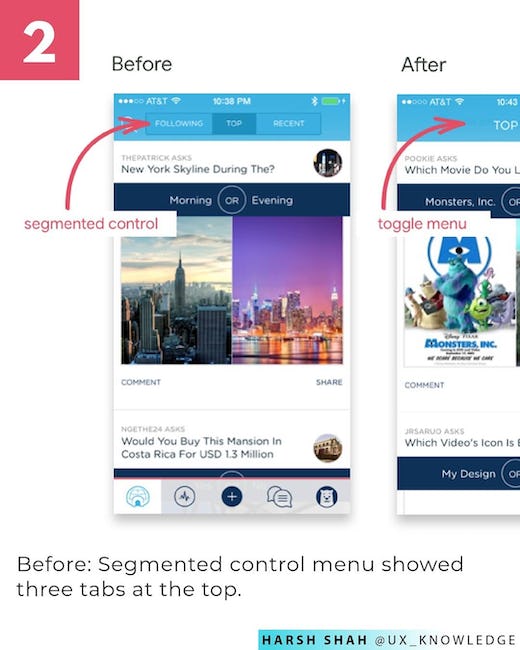 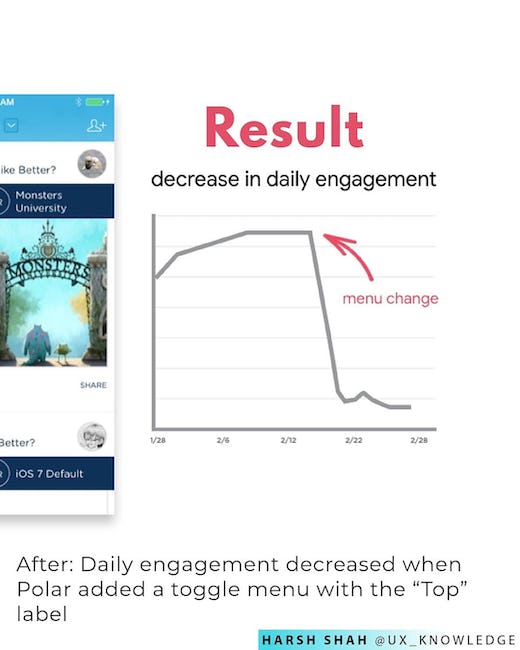 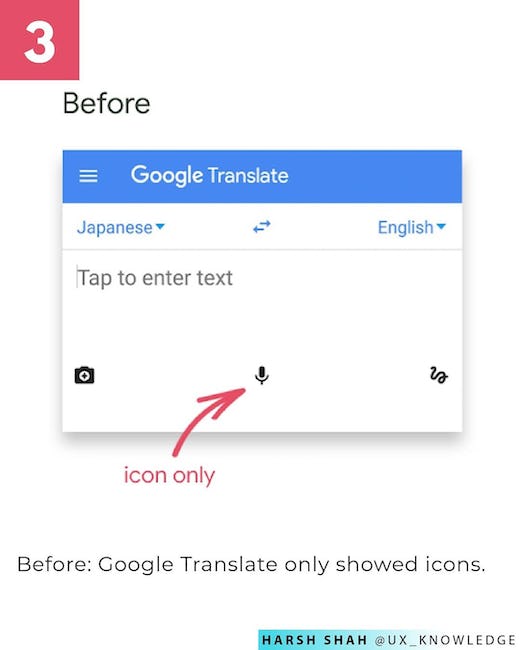 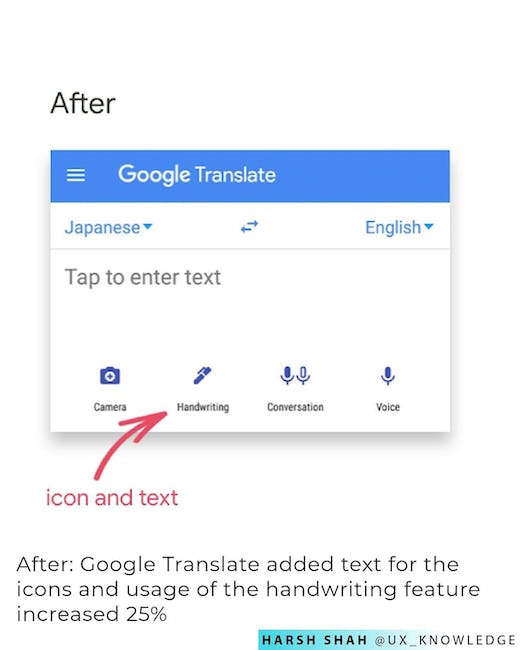 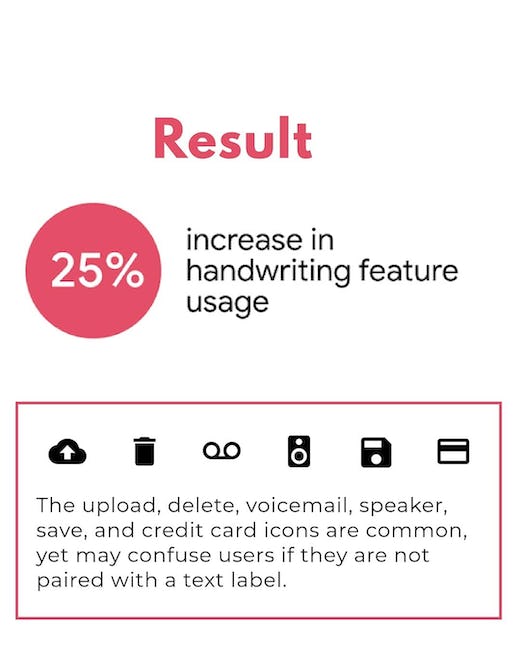 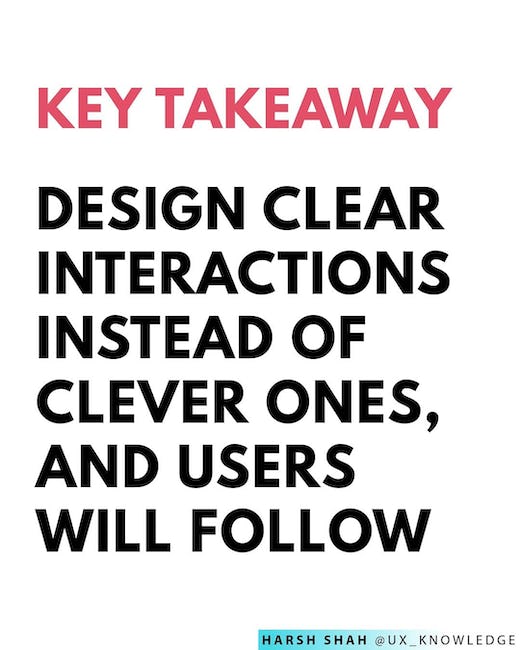 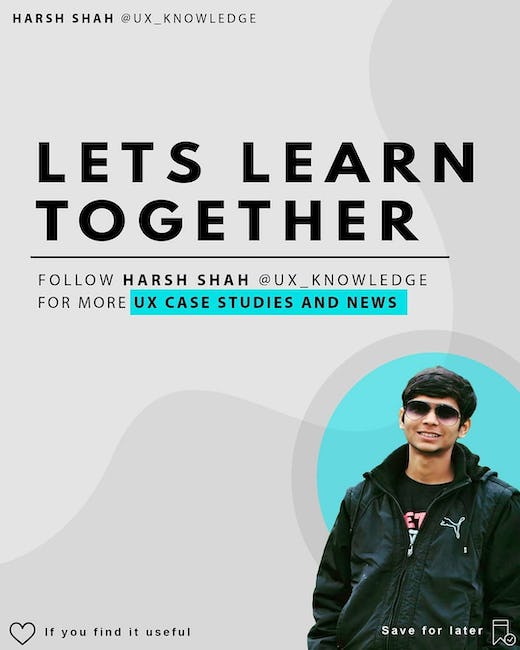 See how the obvious UI is often best UI

Before: The Redbooth (Teambox) app previously used a hamburger menu.

After: The app switched to a bottom navigation menu

Before: Segmented control menu showed three tabs at the top.

After: Daily engagement decreased when Polar added a toggle menu with the "Top" label

Before: Google Translate only showed icons.

After: Google Translate added text for the icons and usage of the handwriting feature increased 25%

The upload, delete, voicemail, speaker, save, and credit card icons are common, yet may confuse users if they are not paired with a text label.

DESIGN CLEAR INTERACTIONS INSTEAD OF CLEVER ONES, AND USERS WILL FOLLOW