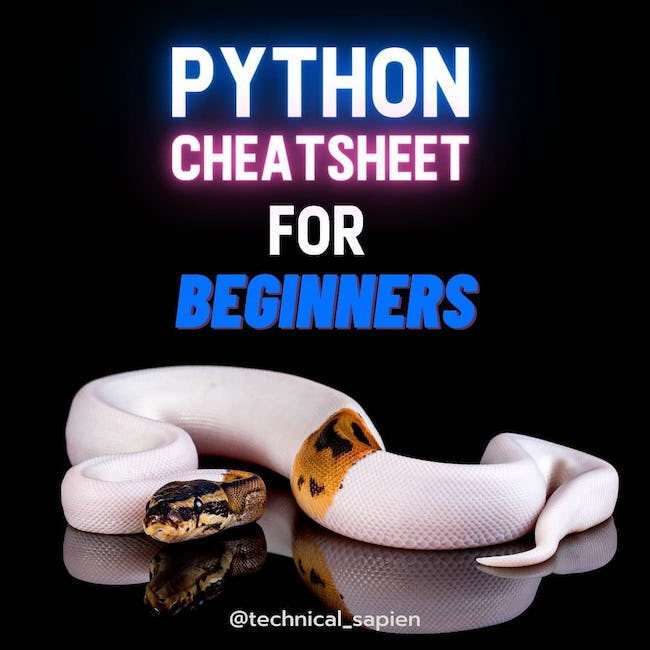 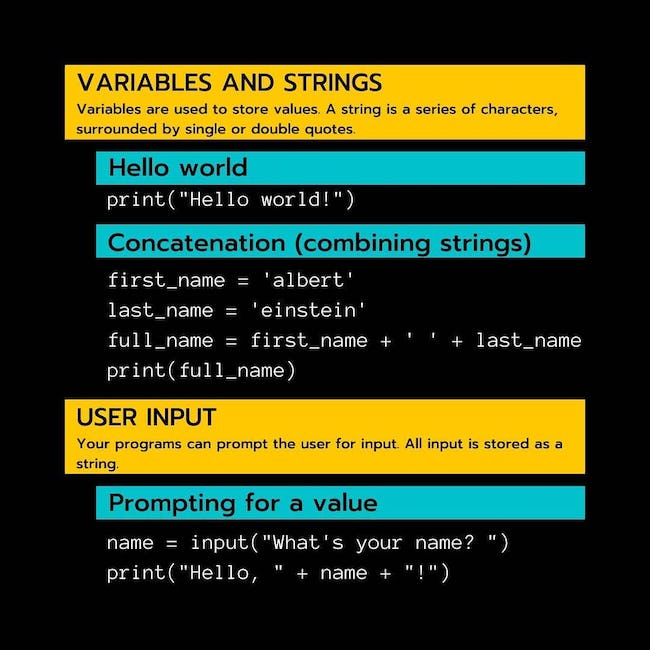 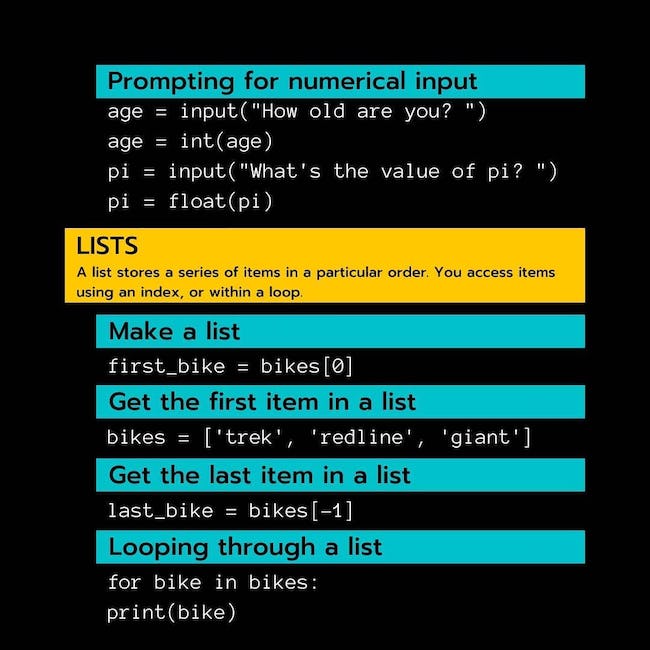 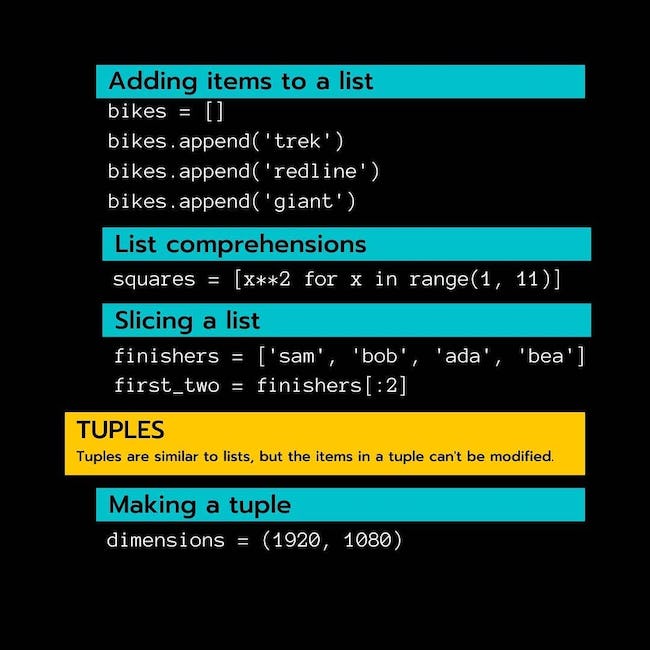 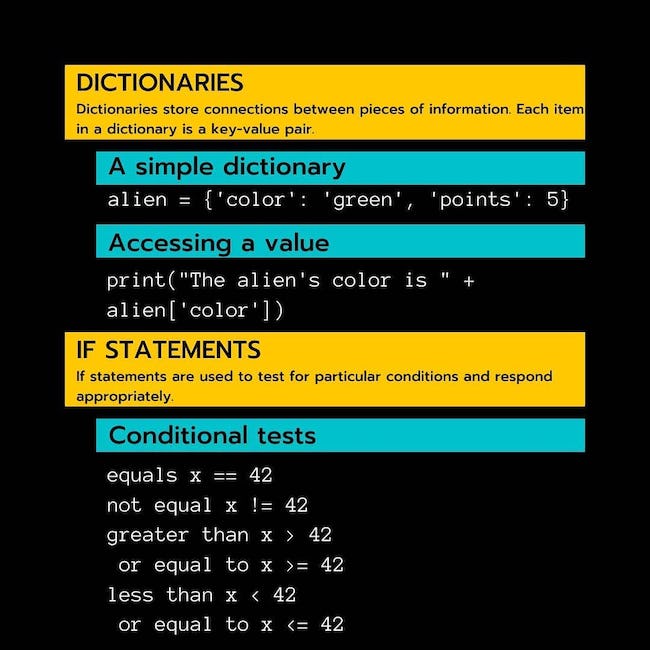 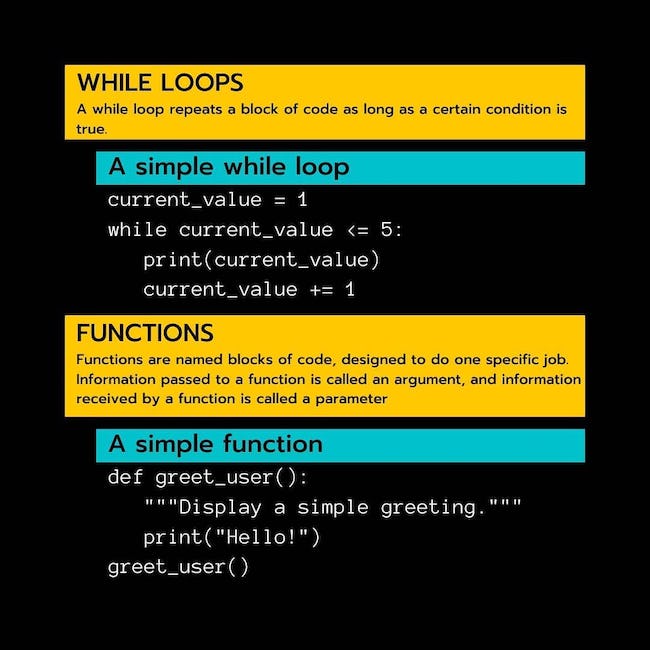 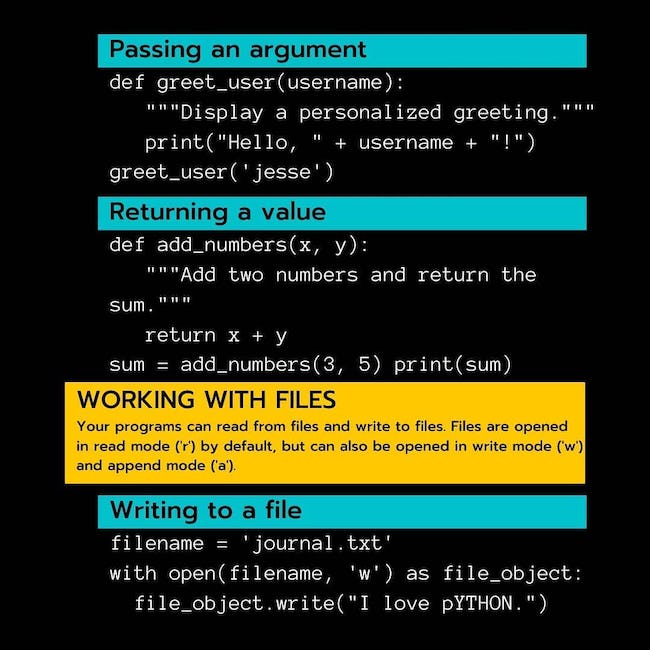 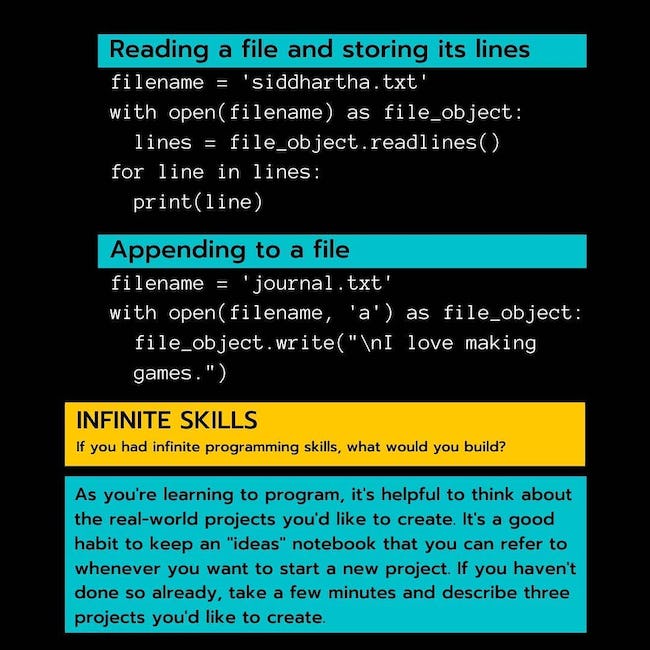 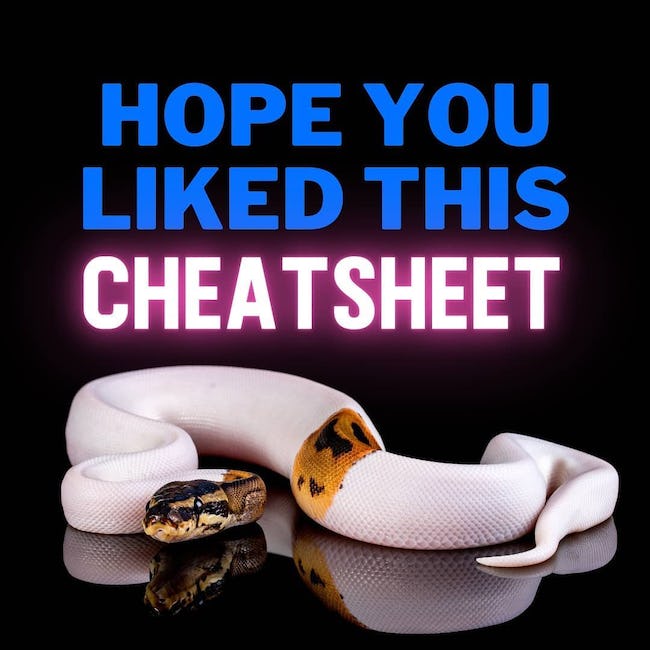 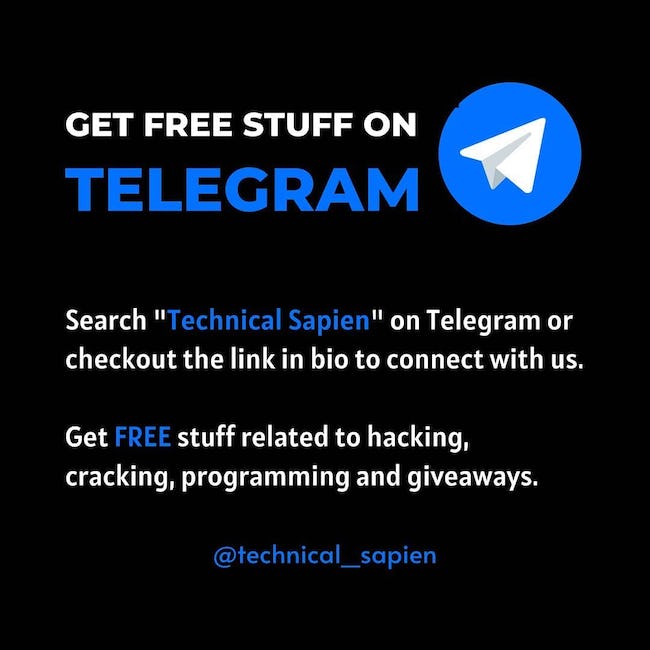 VARIABLES AND STRINGS
Variables are used to store values. A string is a series Of characters surrounded by single or double quotes.

USER INPUT
Your programs can prompt the user for input. All input is stored as a string

LISTS
A list stores a series Of items in a particular order. You access items using an index. or within a loop.

TUPLES
Tuples are similar to lists. but the items in a tuple can't be modified.

DICTIONARIES
Dictionaries store connections between pieces of information. Each item in a dictionary is a key-value pair.

WHILE LOOPS
A while loop repeats a block Of code as long as a certain condition is true.

WORKING WITH FILES
Your programs can read from files and write to files. Files are opened in read mode (Y) by default. but can also be opened in write mode and append mode

INFINITE SKILLS
If you had infinite programming skills, what would you build?