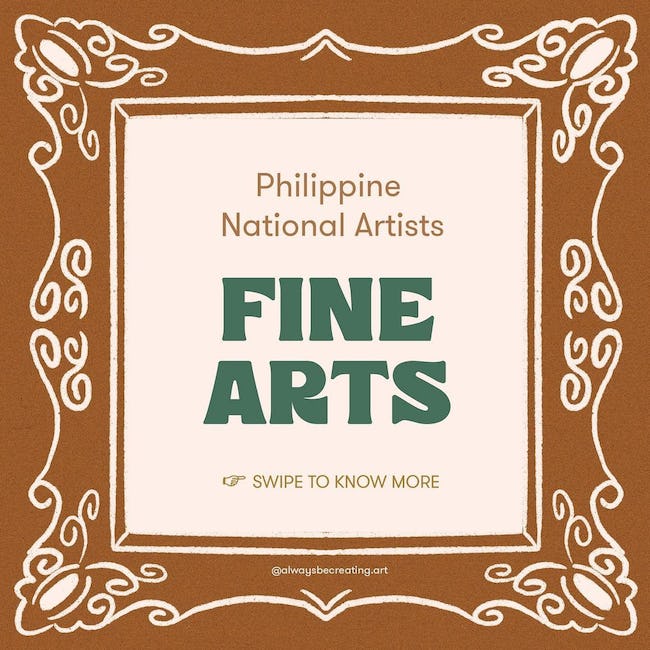 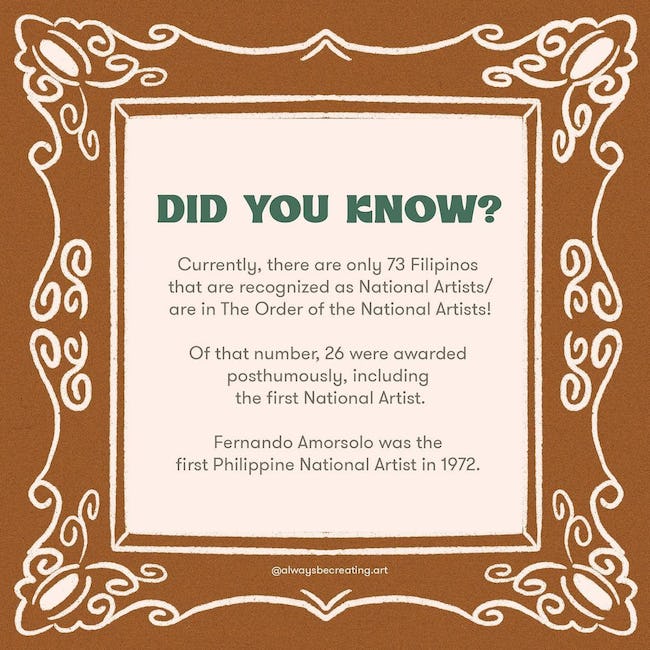 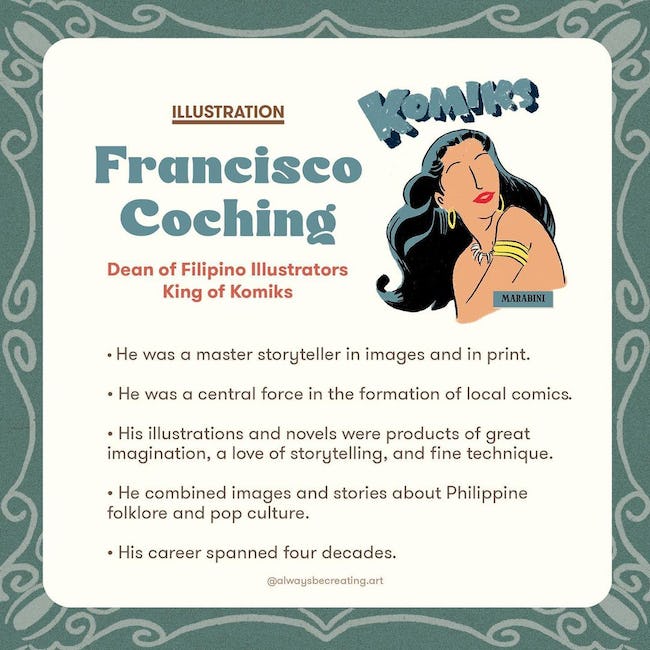 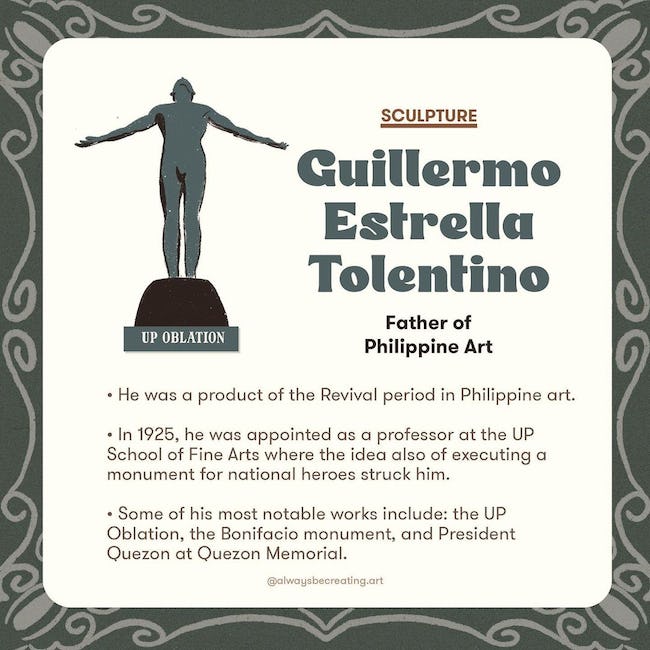 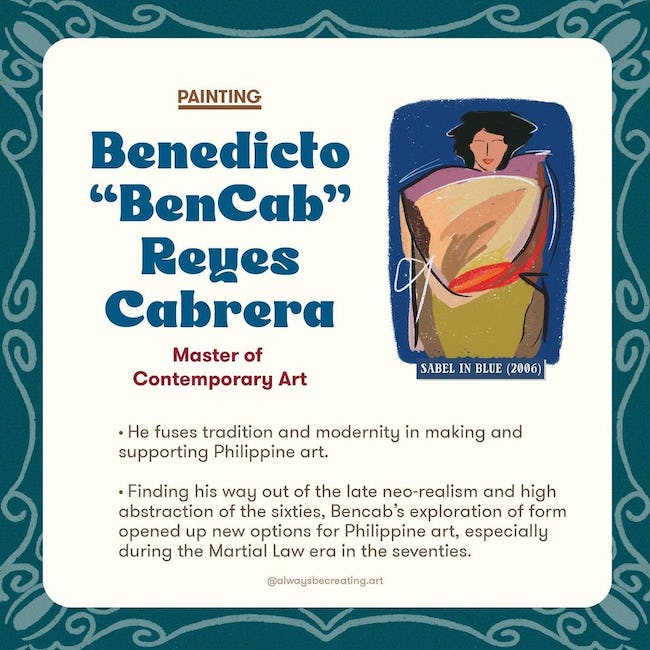 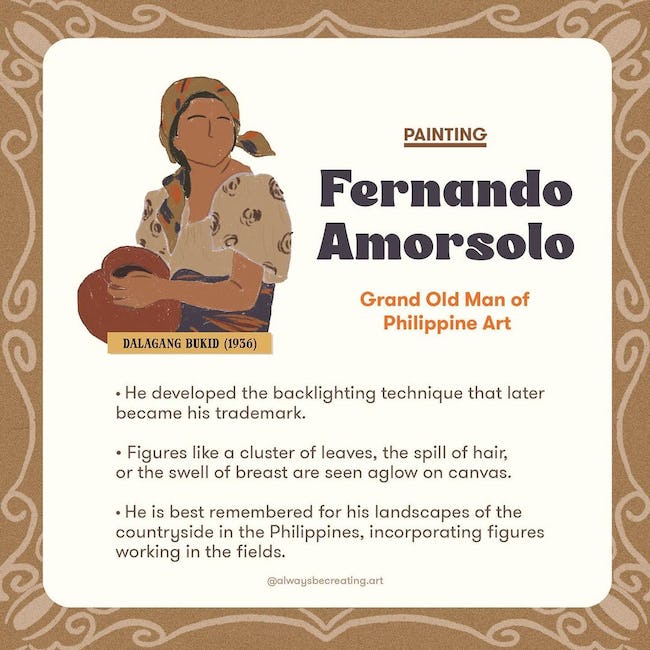 Of that number, 26 were awarded posthumously, including the first National Artist.

Fernando Amorsolo was the first Philippine Artist in 1972.

*He was a master storyteller in images and in print.

*He was a central force in the information of local comics.

*His illustrations and novels were products of great imagination, a love of storytelling, and fine technique.

*He combined images and stories about Philippine folklore and pop culture.

*He was a product of the revival period in Philippine aer.

*In 1925, he was appointed as a professor at the UP School of Fine Arts where the idea also of executing a monument for national heroes struck him.

*Some of his most notable works include: the UP Oblation, the Bonifacio monument, and president Quezon at Quezon Memorial.

*He fuses tradition and modernity in making and supporting Philippine Art.

*Finding his way out of the late neo-realism and high abstraction of the sixties, Bencab's exploration of form opened up new options for Philippine art, especially during the Martial Law era in the seventies.

*He developed the backlighting technique that later became his trademark.

*Figures like a cluster of leaves, the spill of hair, or the well of breast are seen aglow on canvas.

*He is best remembered for his landscapes of the countryside in the Philippines, incorporation figures working in the fields.