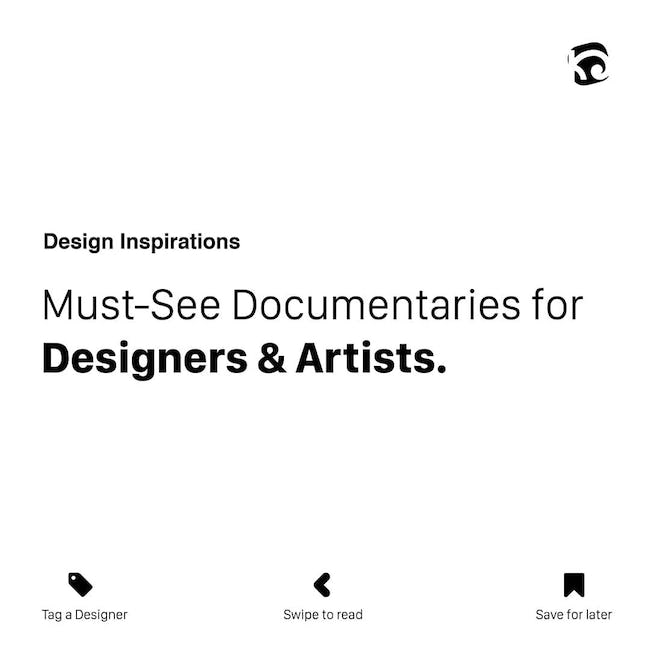 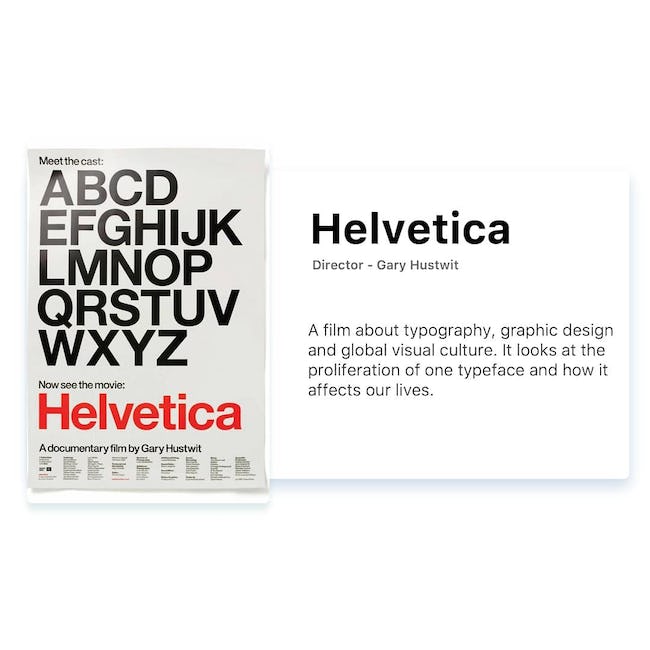 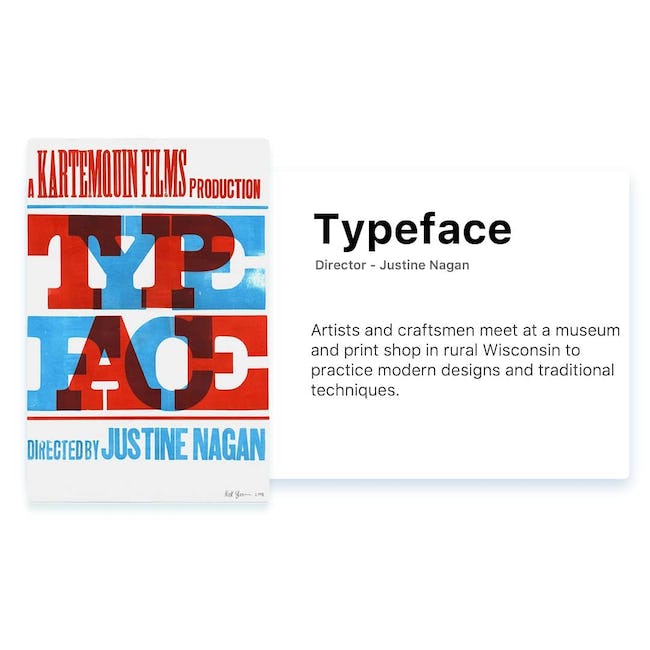 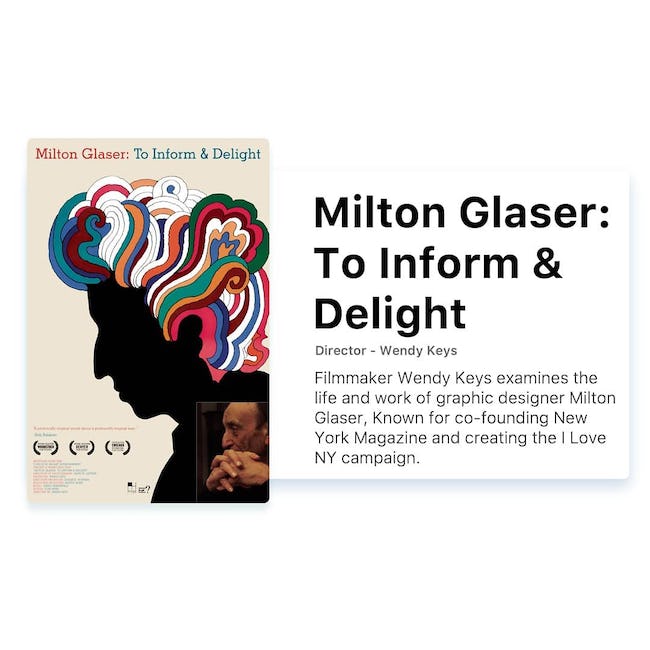 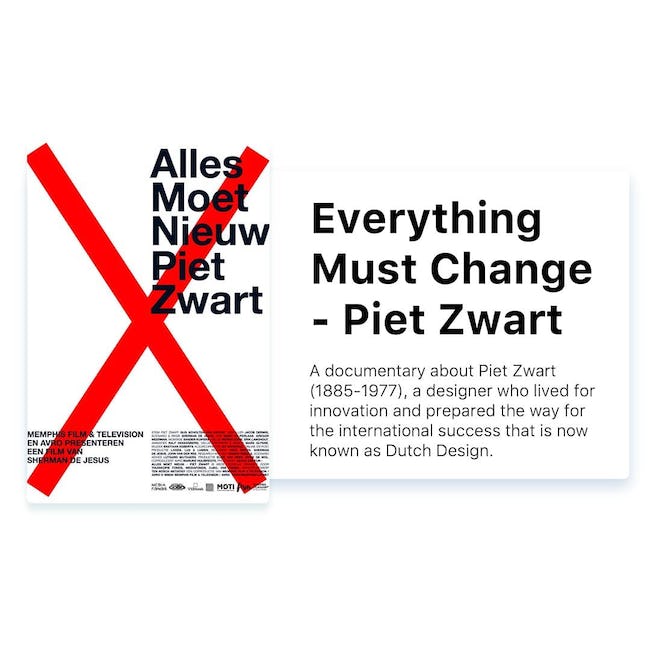 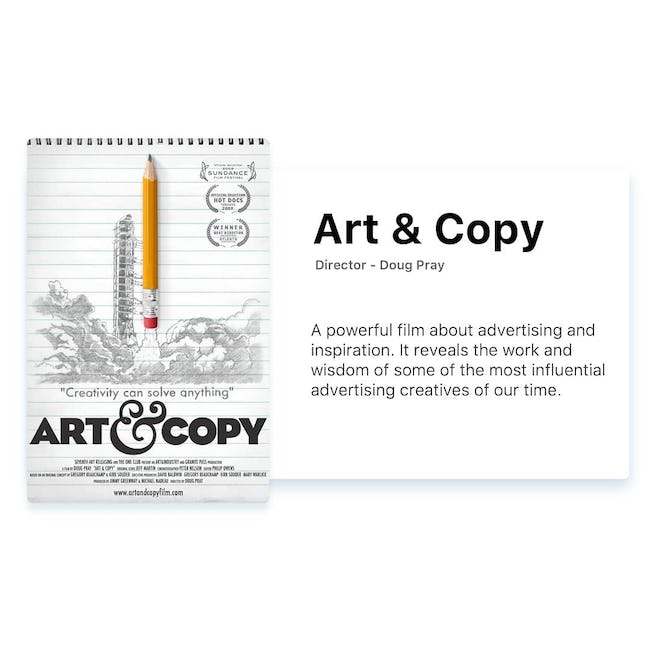 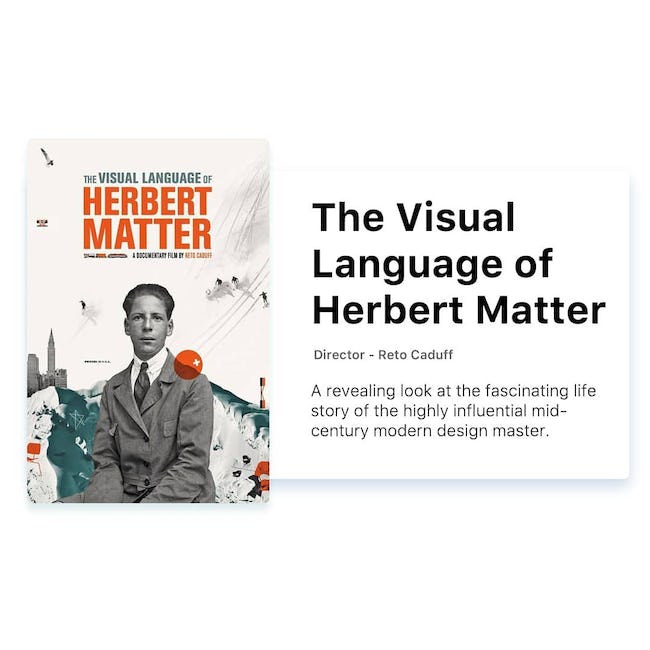 A film about typography, graphic design and global visual culture. It looks at the proliferation of one typeface and how it affects our lives.

Artists and craftsmen meet at a museum and print shop in rural Wisconsin to practice modern designs and traditional techniques.

Everything Must Change - Piet Zwart

A documentary about Piet Zwart (1885-1977), a designer who lived for innovation and prepared the way for the international success that is now known as Dutch Design.

A powerful film about advertising and inspiration. It reveals the work and wisdom of some of the most influential advertising creatives of our time.

The Visual Language of Herbert Matter