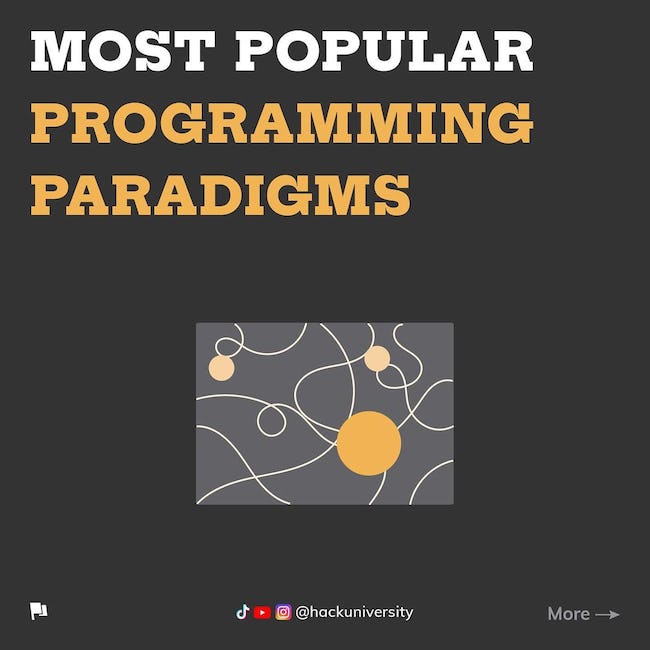 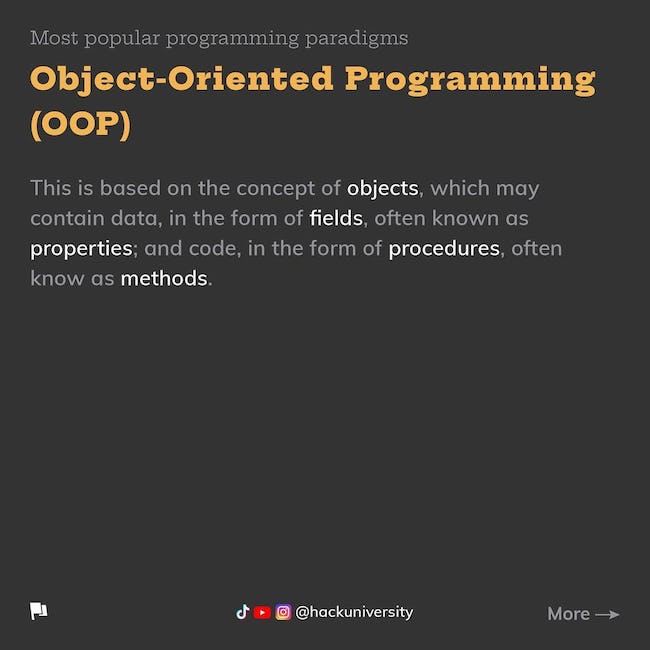 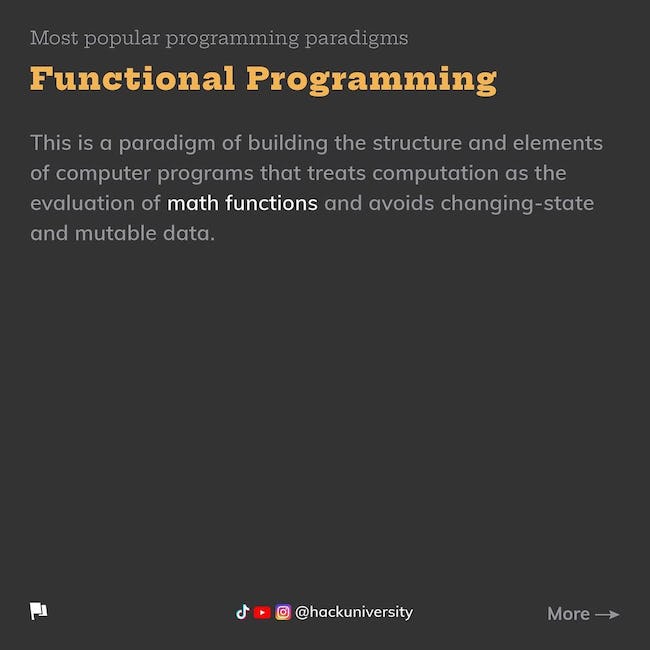 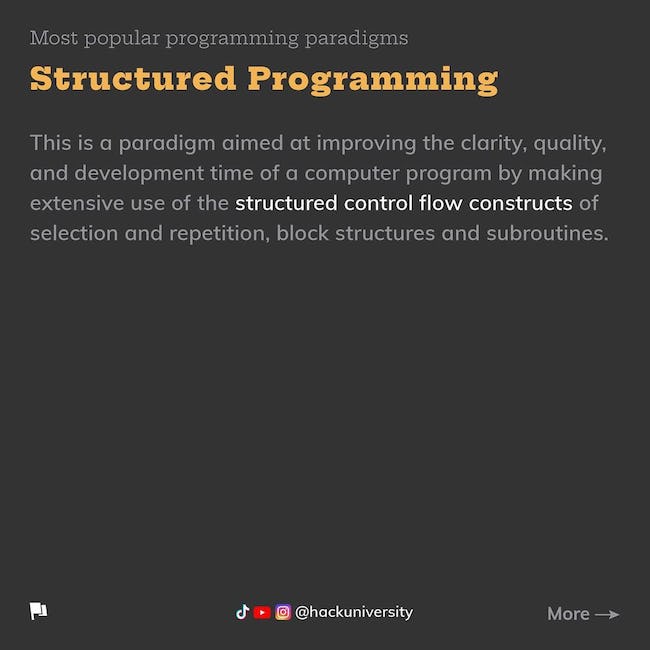 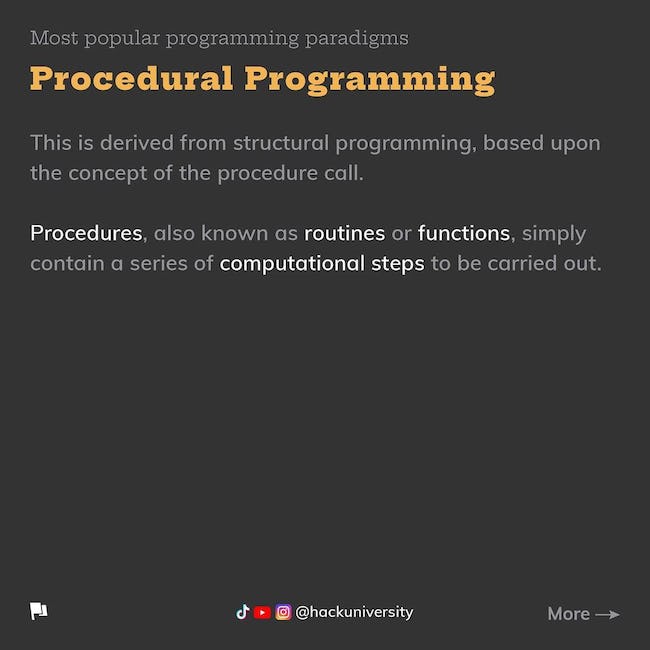 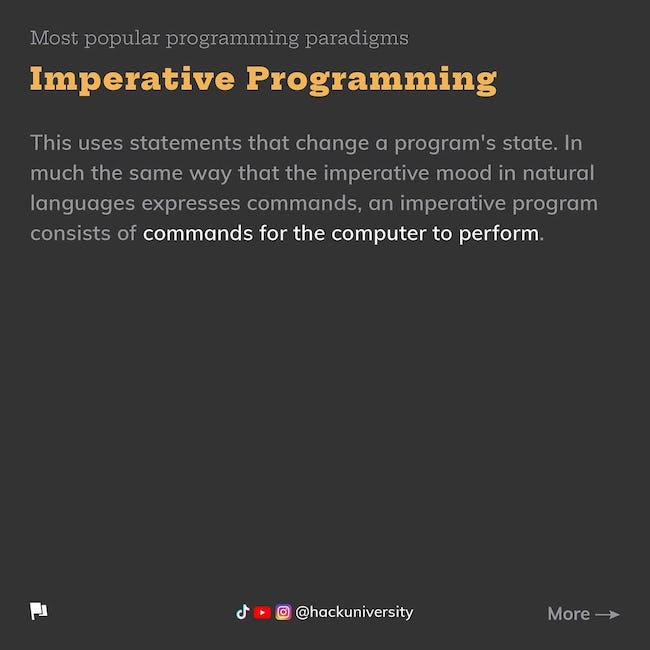 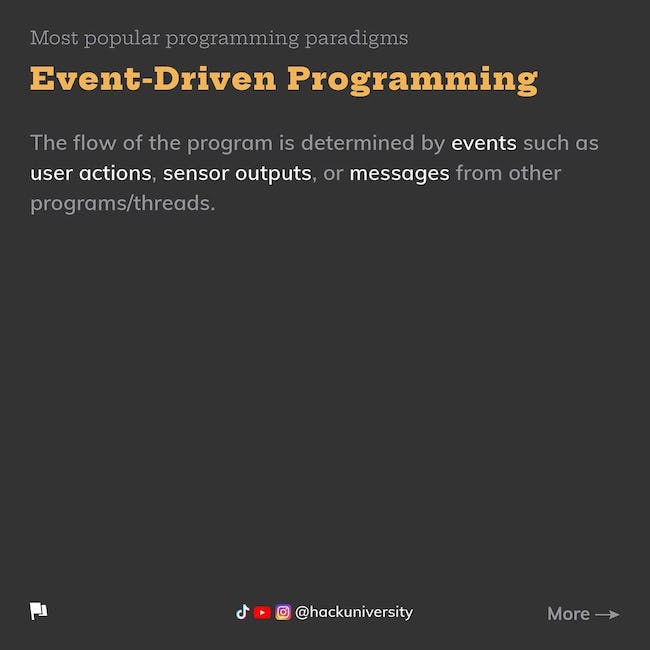 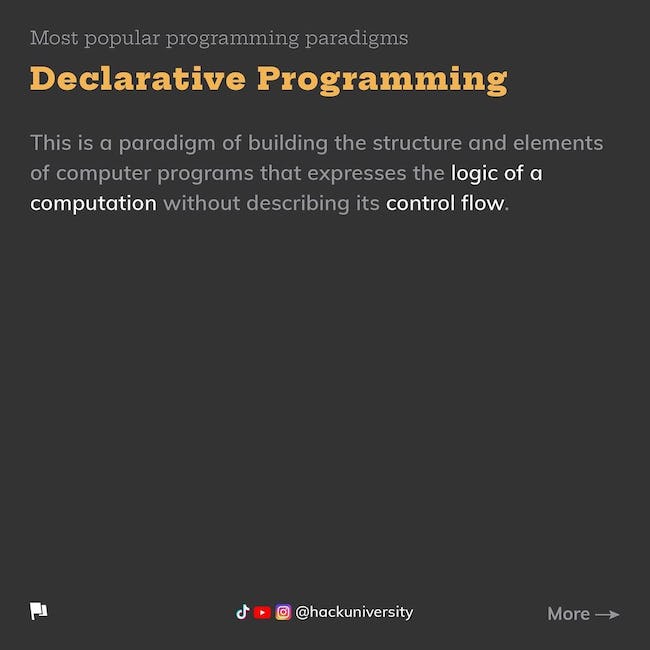 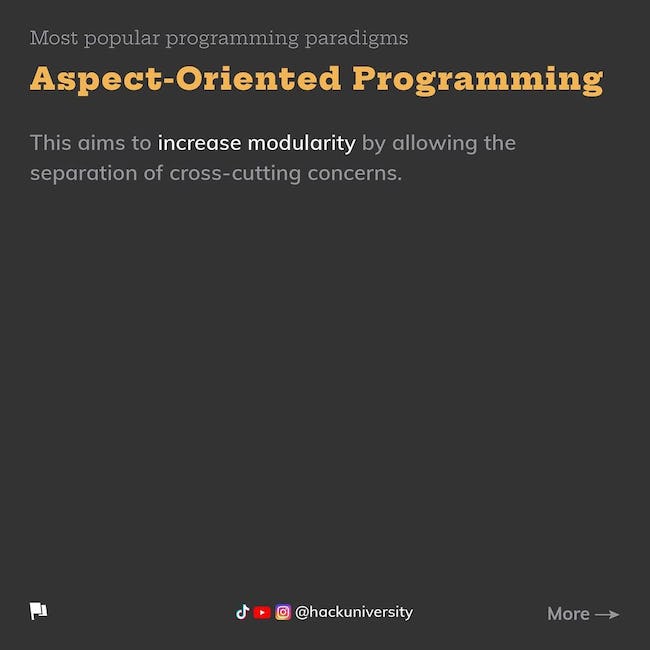 This is a paradigm of building the structure and element of computer programs that treats computation as the evaluation of math functions and avoids changing-state and mutable data.

This is a paradigm aimed at improving the clarity, quality, and development time of a computer program by making extensive use of the structed control flow constructs of selection and repetition, block structures and subroutines.

This is derived from structural programming, based upon the concept of the procedure call. Procedures, also known as routines or functions, simply contain a series of computation steps to be carried out.

The flow of the program is determined by events such as user actions, sensor outputs, or messages from other programs/threads.

This is a paradigm of building structure and elements of computer programs that expresses the logic of a computation without describing its control flow.

This aims to increase modularity by allowing the separation of cross-cutting concerns.