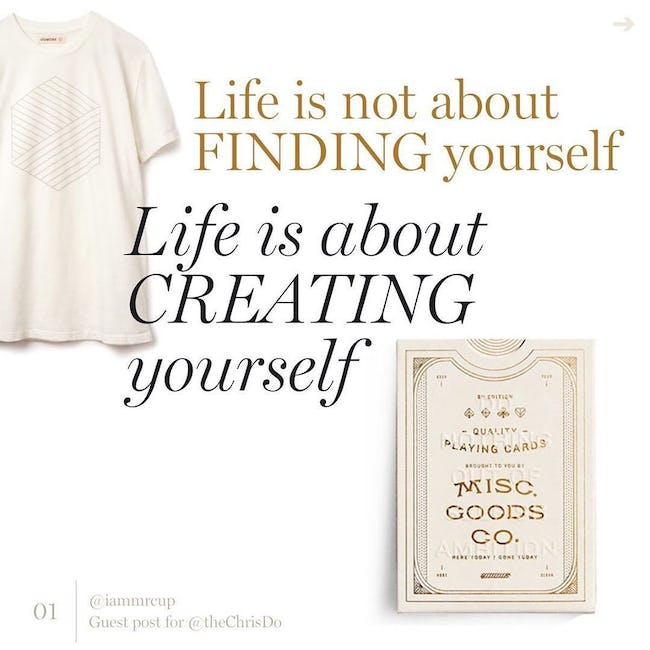 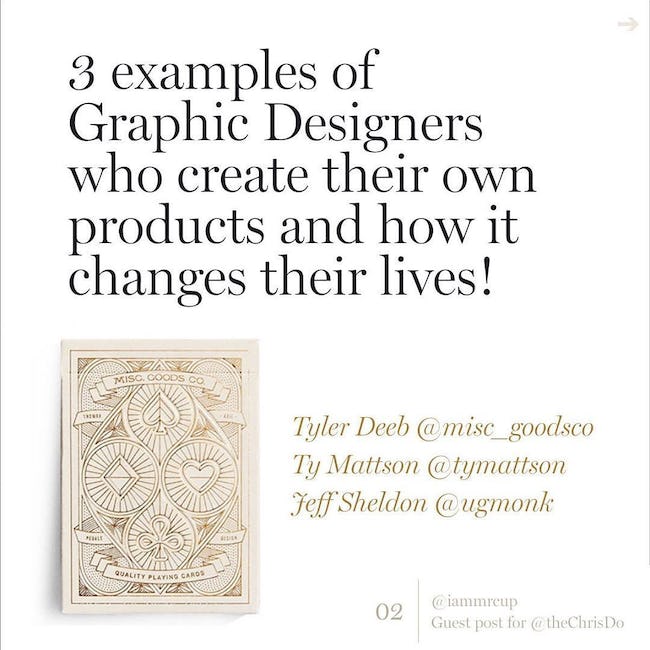 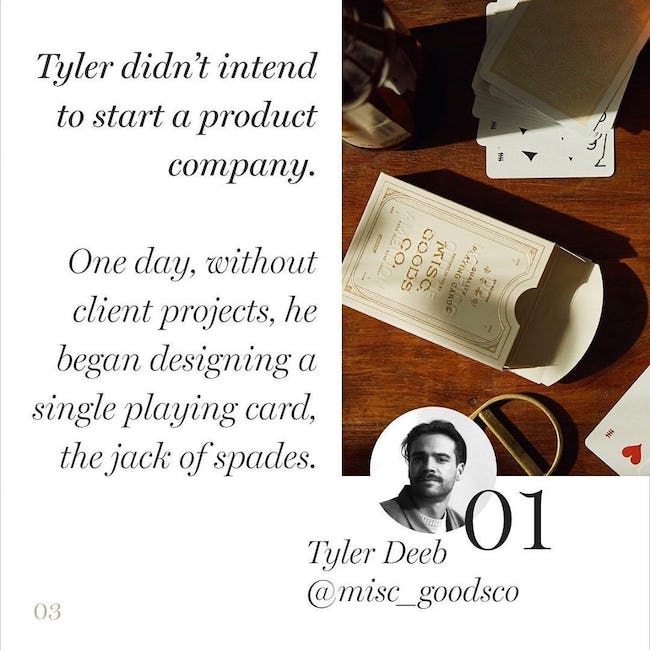 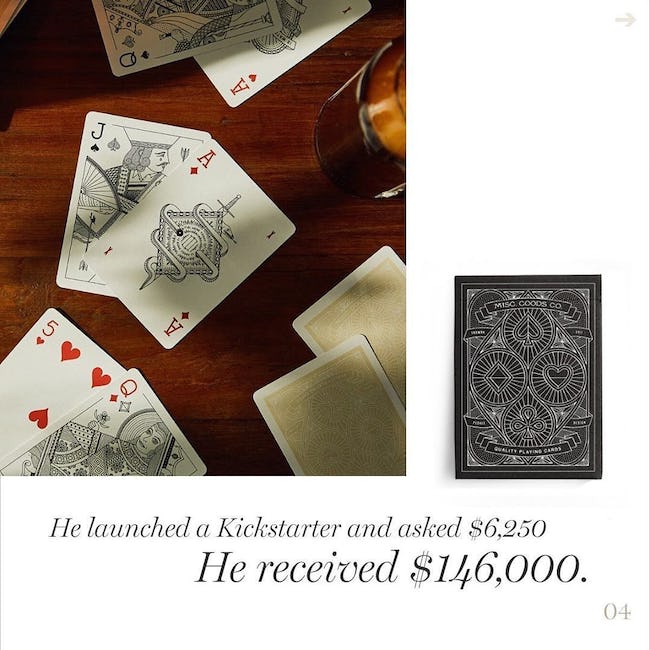 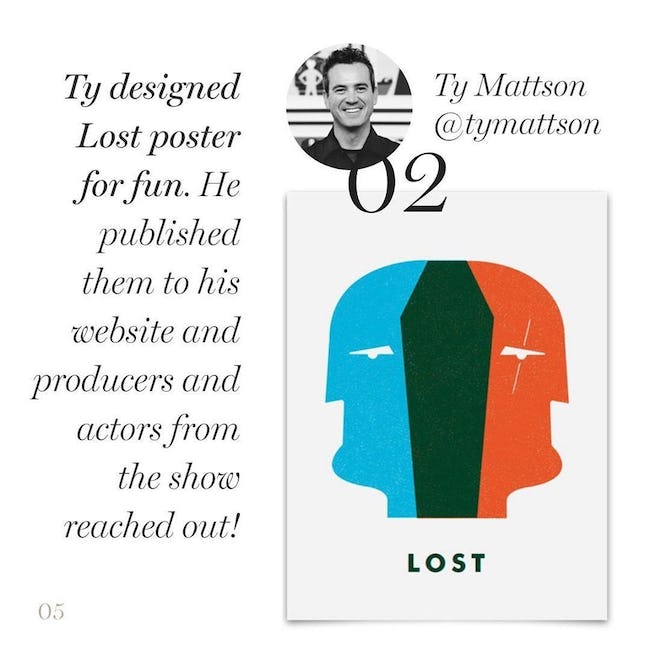 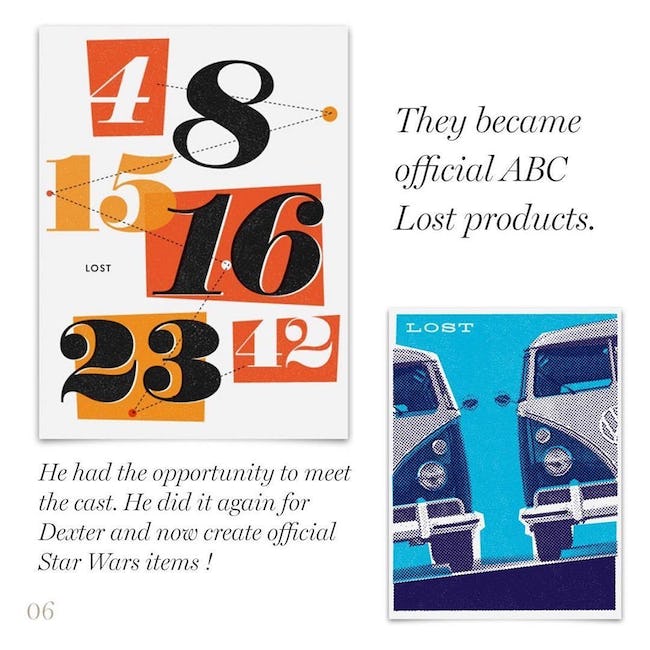 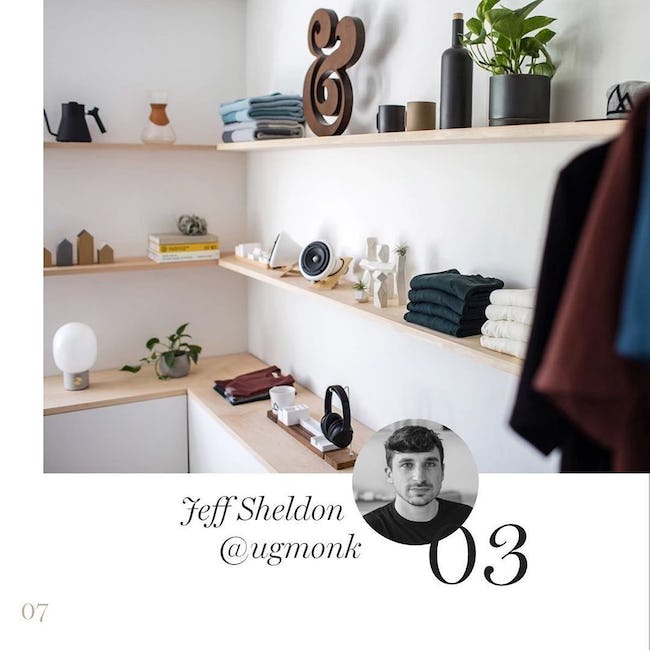 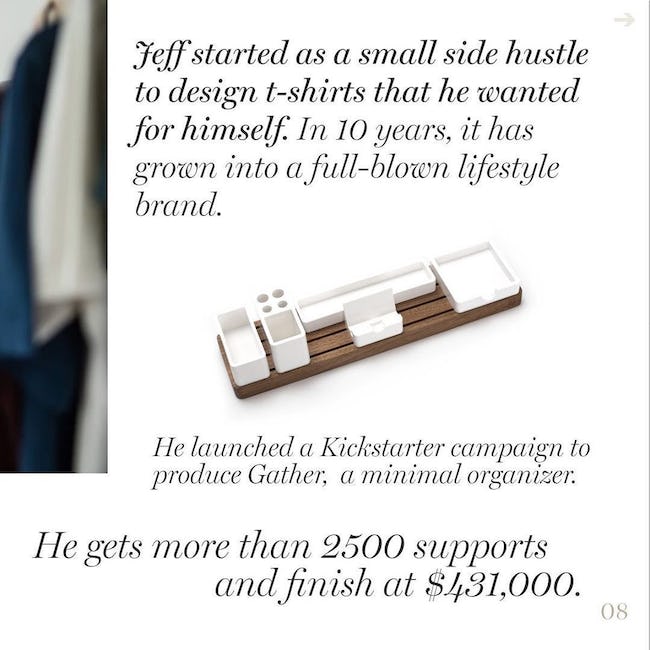 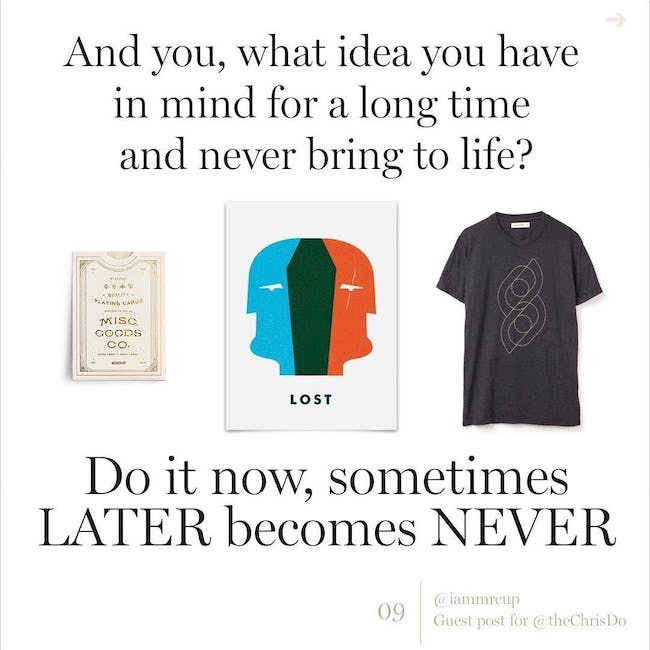 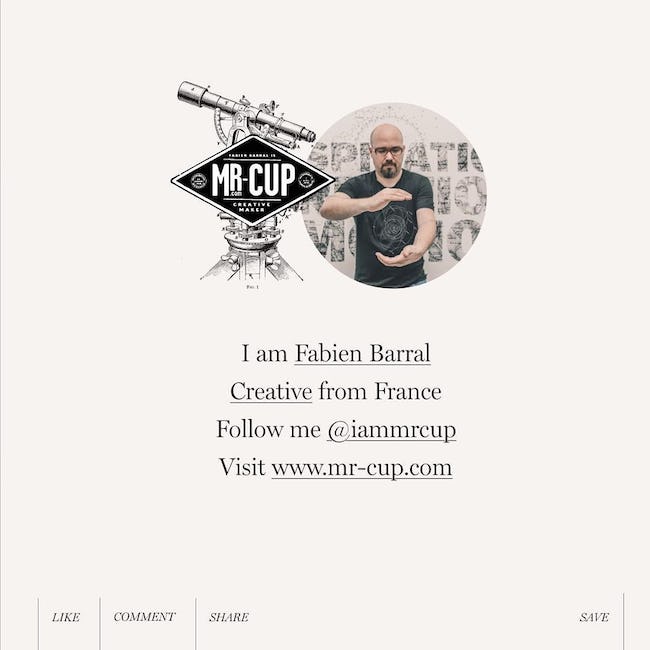 3 examples of Graphic Designers who create their own products an dhow it changes their lives!

One day without client projects, he began designing a single playing card, the jack of spades.

Ty designed Lost poster for fun. He published them to his website and producters and actors from the show reached out!

He had the opportunity to meet the cast. He did it again for Dexter and now create official Star wars items!

Jeff started as a small side hustle to design t-shirts that he wanted for himself. In 10 years it has grown into a full-blown lifestyle brand.

He launched a Kikstarter campaign to produce Gather, a minimal organizer.

And you, what idea you have in mind for a long time and never bring to life?

I am Fabien Barral Creative from France Follow me @iammreup visit www.mr-cup.com