If Programming Languages Were Superheroes 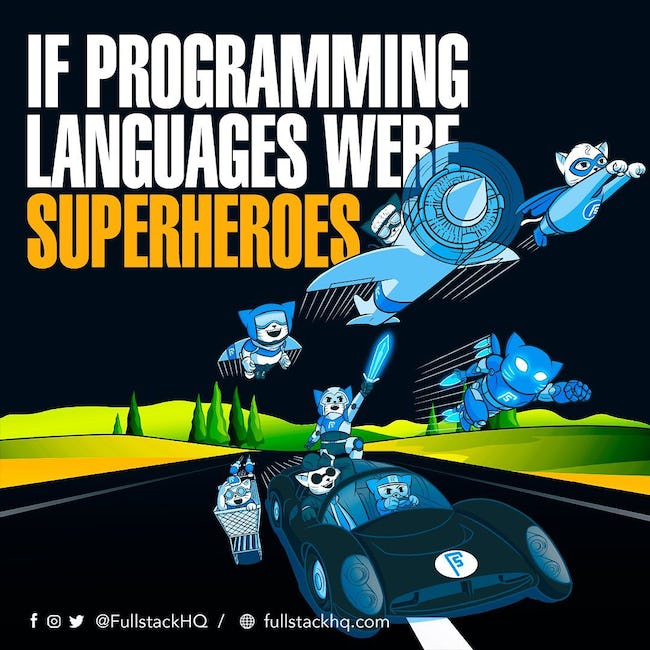 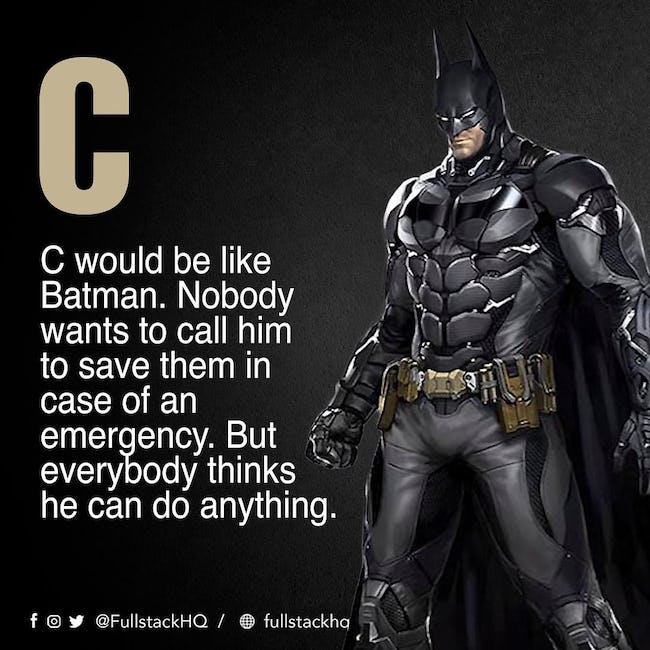 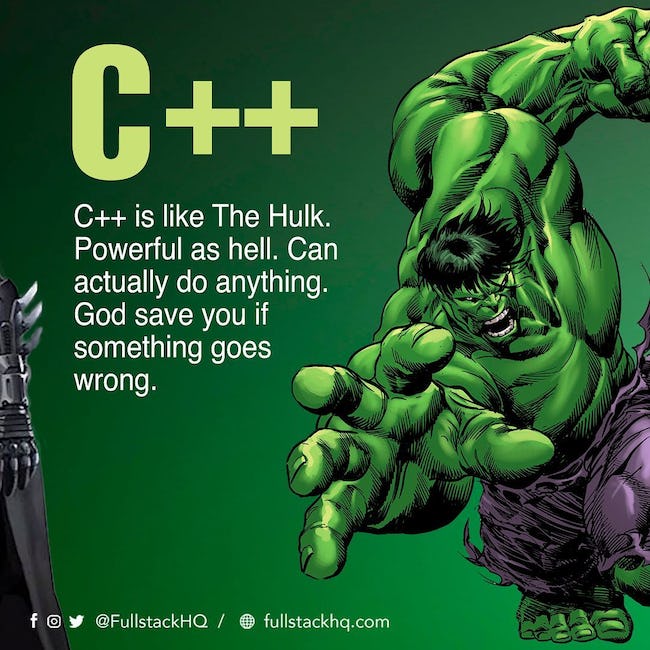 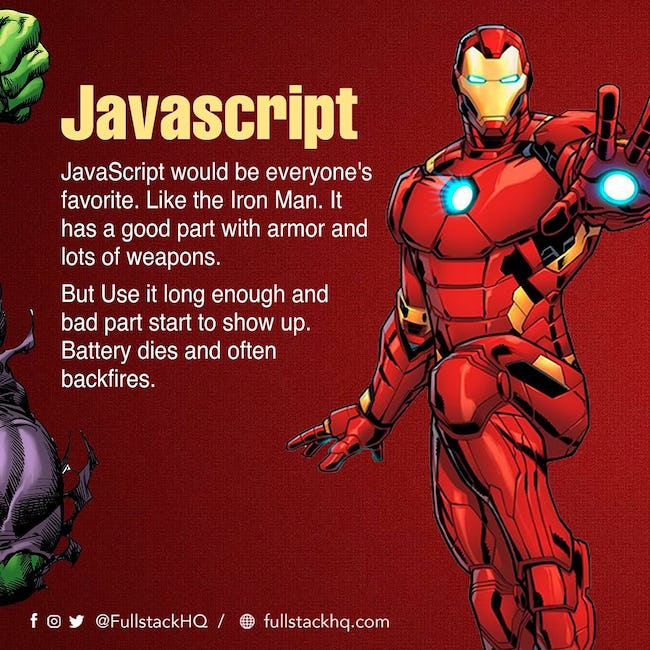 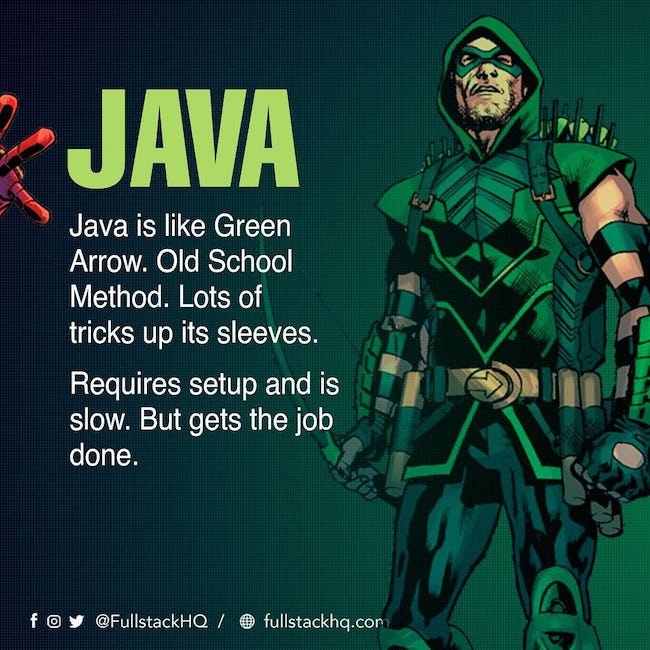 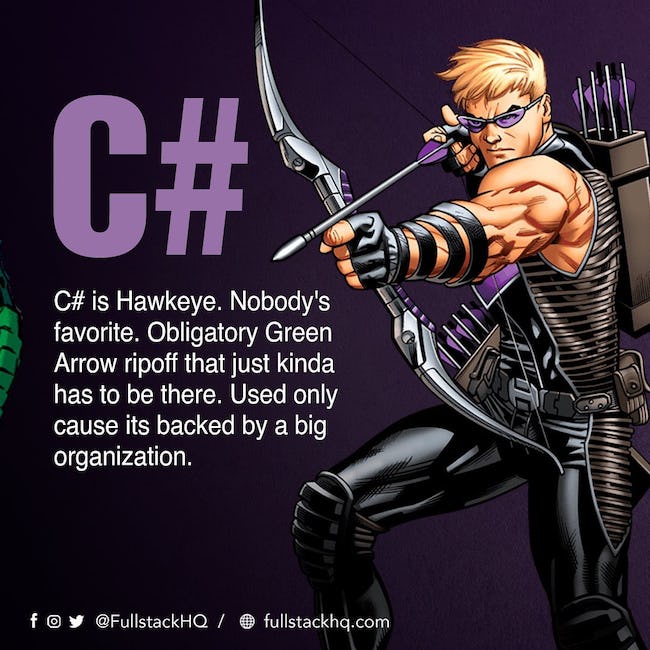 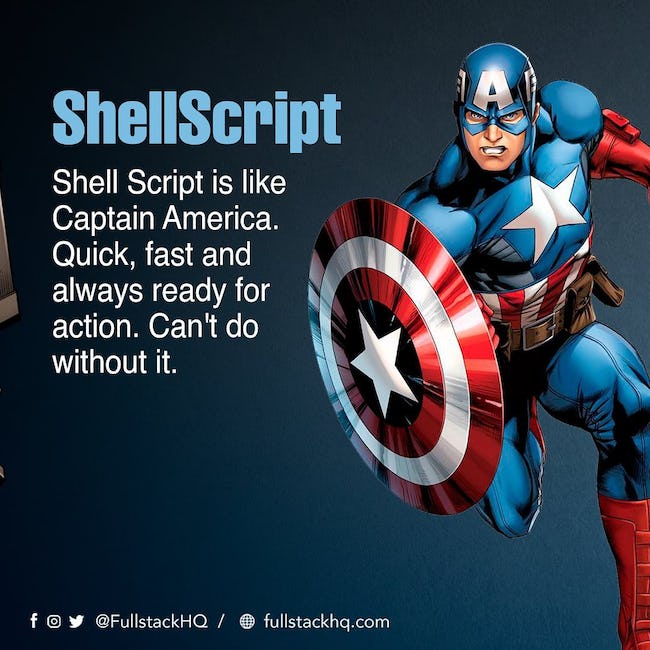 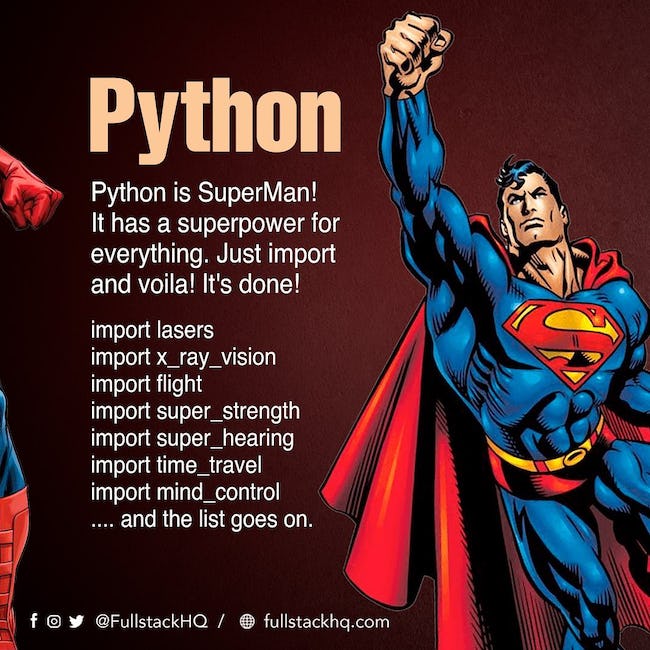 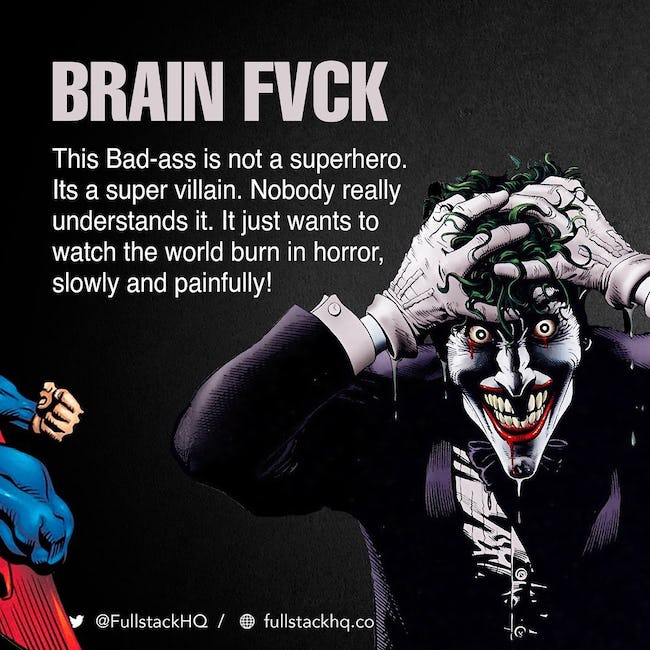 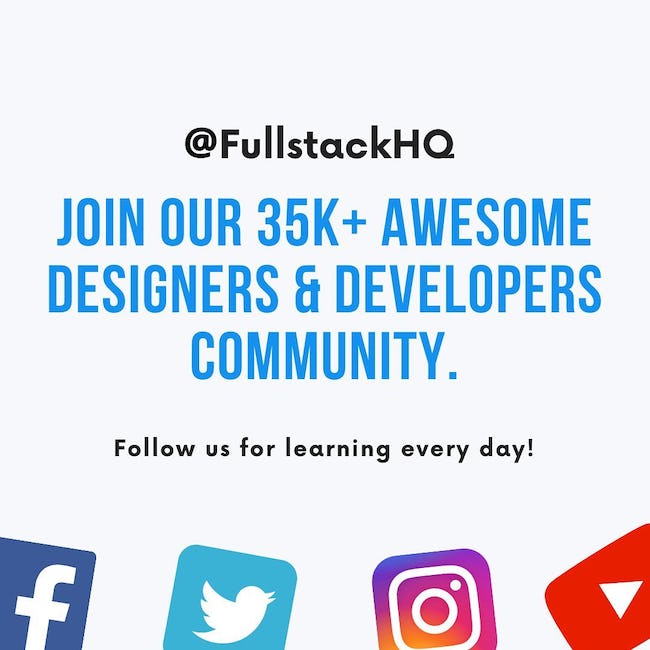 If Programming Languages Were Superheroes

C would be like Batman. Nobody wants to call him to save them in case of an emergency. But everybody thinks he can do anything.

C++ is like The Hulk. Powerful as hell. Can actually do anything. God save you if something goes wrong.

JavaScript would be everyone's favorite. Like the Iron Man. It has a good part with armor and lots of weapons. But Use it long enough and bad part start to show up. Battery dies and often backfires.

Java is like Green Arrow. Old School Method. Lots of tricks up its sleeves. Requires setup and is slow. But gets the job done.

C# is Hawkeye. Nobody's favorite. Obligatory Green Arrow ripoff that just kinda has to be there. Used only cause its backed by a big organization.

Shell Script is like Captain America. Quick, fast and always ready for action. Cant do without it.

Python is Superman. It has a superpower for everything . Just import and voila! It's done

Brain Fvck
This Bad-ass is not a superhero. Its a super villain. Nobody really understand it. It just want to watch the world burn in horror, slowly and painfully