How to Increase Your Brainpower 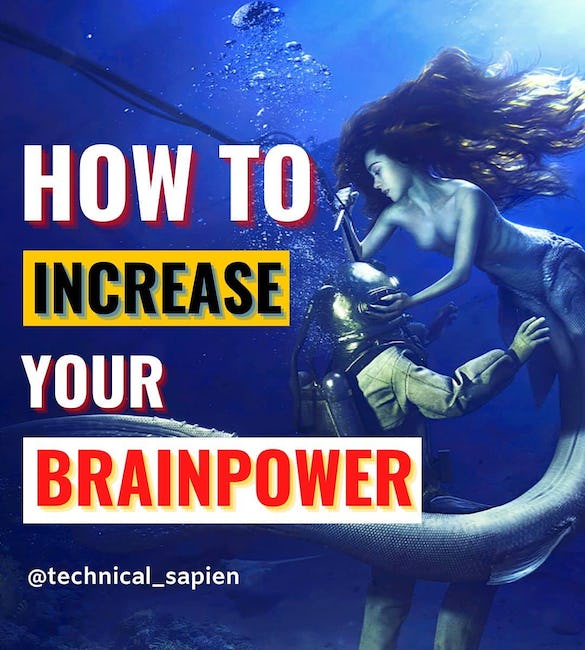 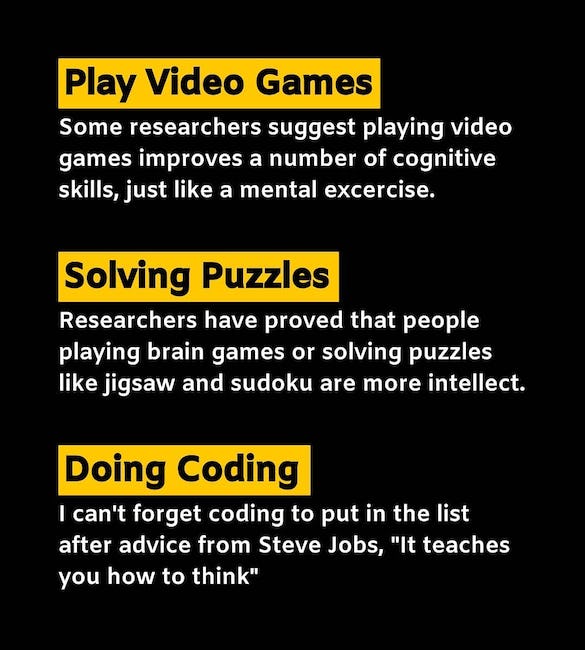 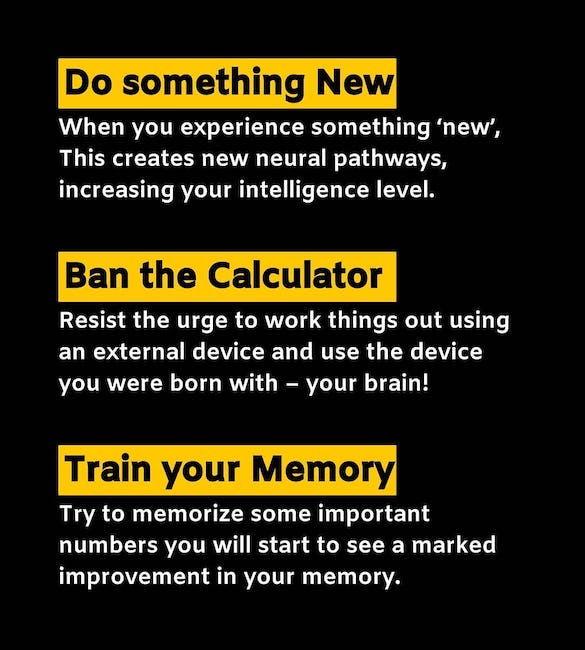 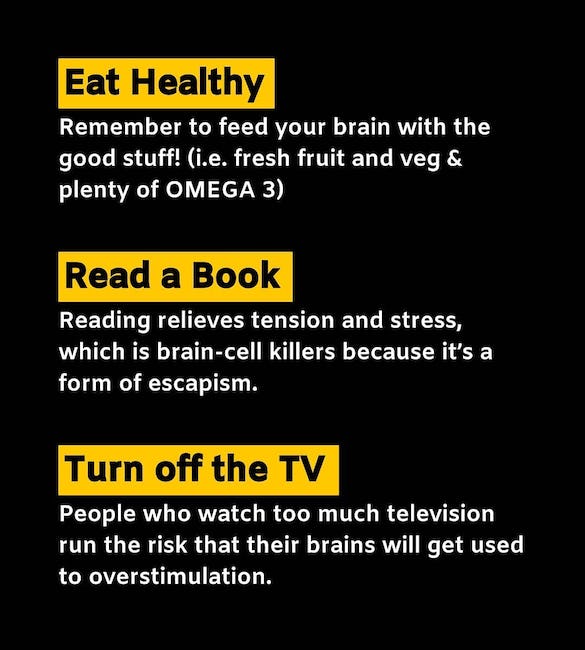 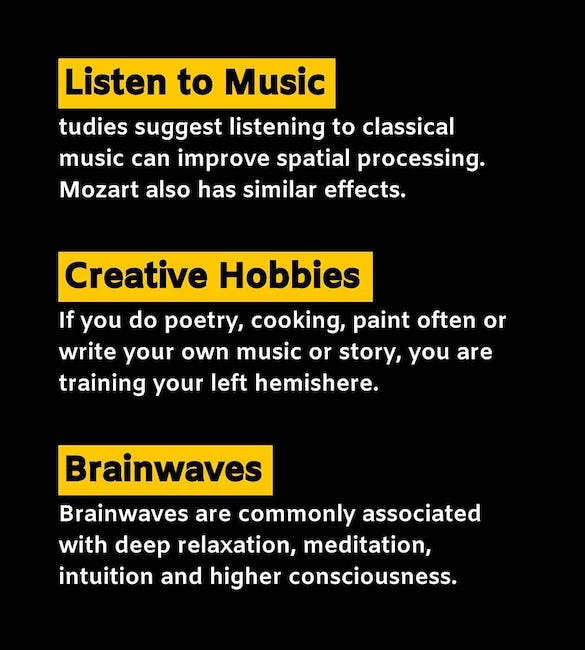 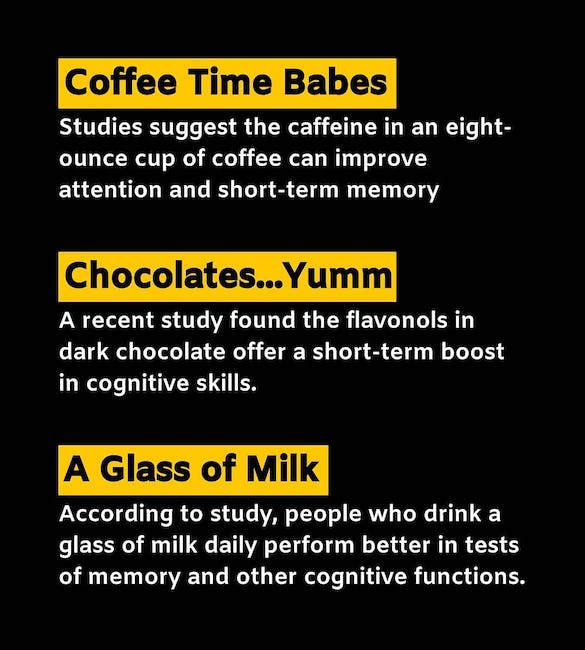 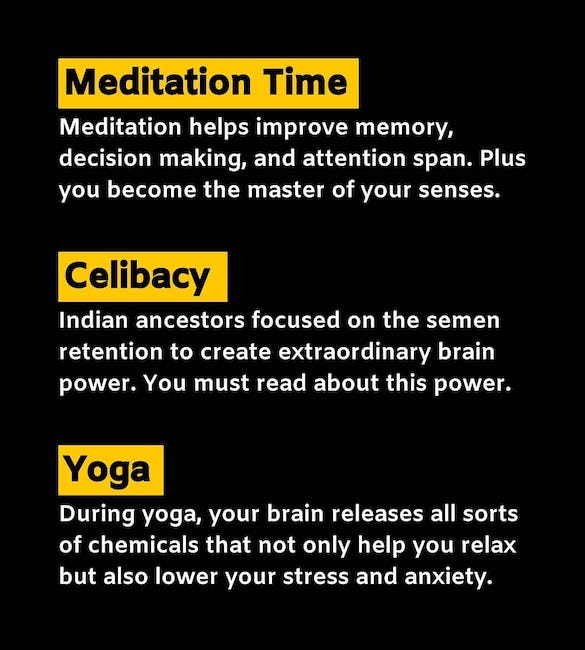 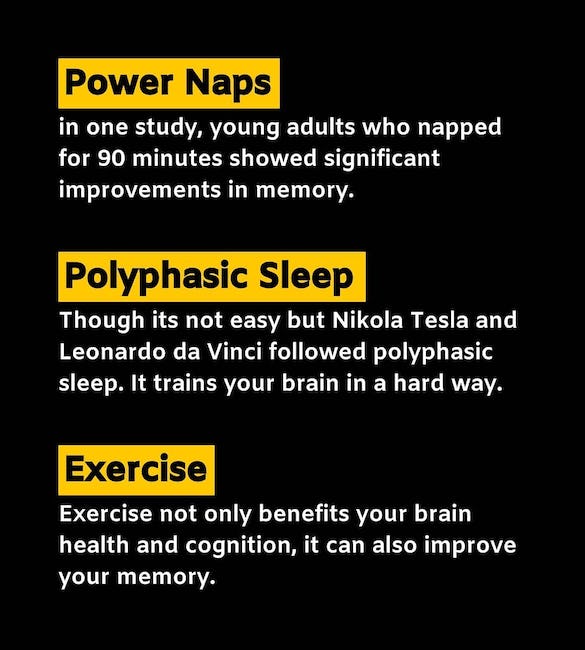 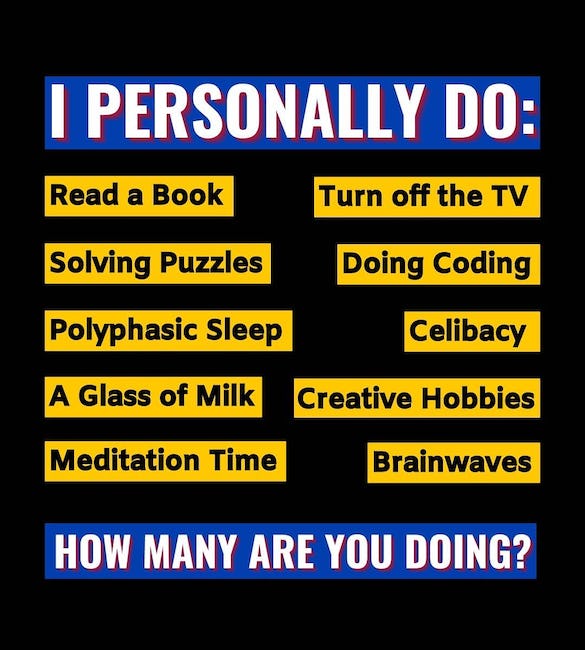 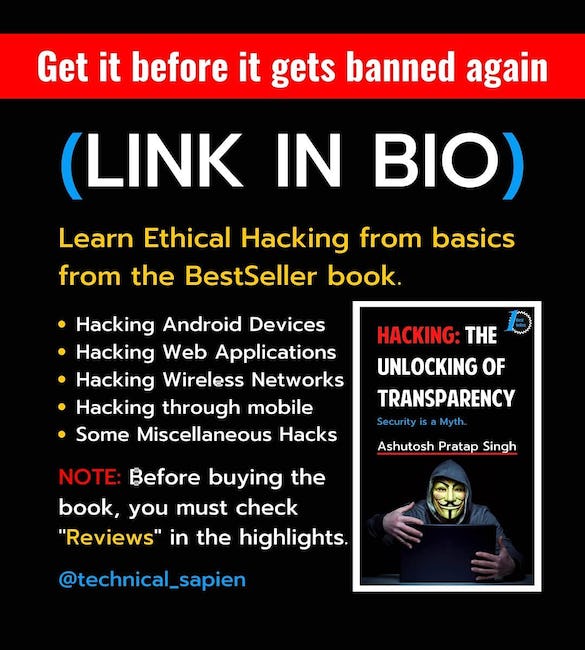 How to Increase Your Brainpower

Play Video Games: Some researchers suggest playing video games improves a number of cognitive skills, just like a mental excercise.
Solving Puzzles: Researchers have proved that people playing brain games or solving puzzles like jigsaw and sudoku are more intellect.
Doing Coding: I can't forget coding to put in the list after advice from Steve Jobs,It teaches you how to think

Do something New: When you experience something 'new', This creates new neural pathways, increasing your intelligence level.
Ban the Calculator Resist the urge to work things out using an external device and use the device you were born with — your brain!
Train your Memory Try to memorize some important numbers you will start to see a marked improvement in your memory.

Eat Healthy: Remember to feed your brain with the good stuff! (i.e. fresh fruit and veg & plenty of OMEGA 3)
Read a Book: Reading relieves tension and stress, which is brain-cell killers because it's a form of escapism.
Turn off the TV People who watch too much television run the risk that their brains will get used to overstimulation.

Listen to Music:Studies suggest listening to classical music can improve spatial processing. Mozart also has similar effects.
Creative Hobbies: If you do poetry, cooking, paint often or write your own music or story, you are training your left hemishere.
Brainwaves: Brainwaves are commonly associated with deep relaxation, meditation, intuition and higher consciousness

Coffee Time Babes: Studies suggest the caffeine in an eight- ounce cup of coffee can improve attention and short-term memory
Chocolates...Yumm: A recent study found the flavonols in dark chocolate offer a short-term boost in cognitive skills.
A Glass of Milk: According to study, people who drink a glass of milk daily perform better in tests of memory and other cognitive functions.

Meditation Time\nMeditation helps improve memory, decision making, and attention span. Plus you become the master of your senses
Celibacy Indian ancestors focused on the semen retention to create extraordinary brain power. You must read about this power.
Yoga During yoga, your brain releases all sorts of chemicals that not only help you relax but also lower your stress and anxiety.

Power Naps
in one study, young adults who napped for 90 minutes showed significant improvements in memory.
Polyphasic Sleep Though its not easy but Nikola Tesla and Leonardo da Vinci followed polyphasic sleep. It trains your brain in a hard way.\nExercise Exercise not only benefits your brain health and cognition, it can also improve your memory.