How A Side Project Saved A Dead Business 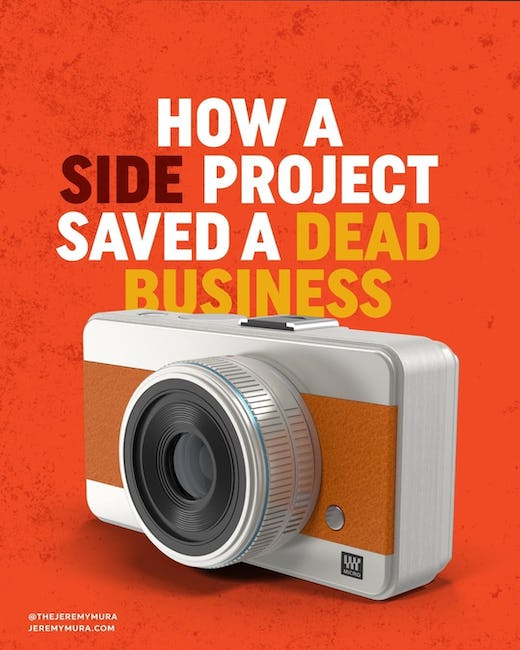 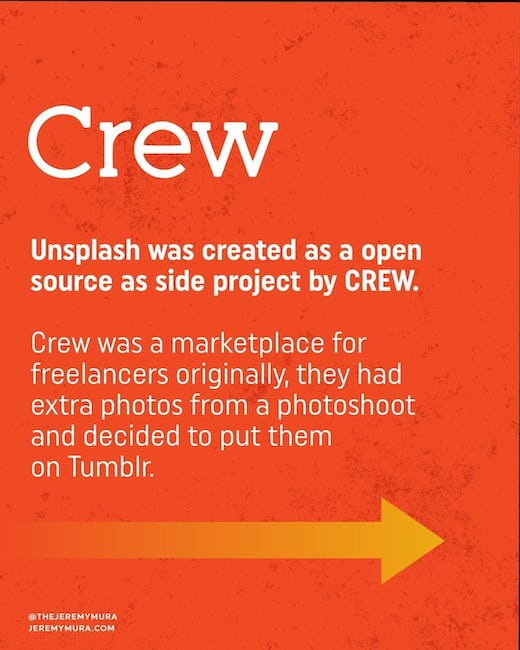 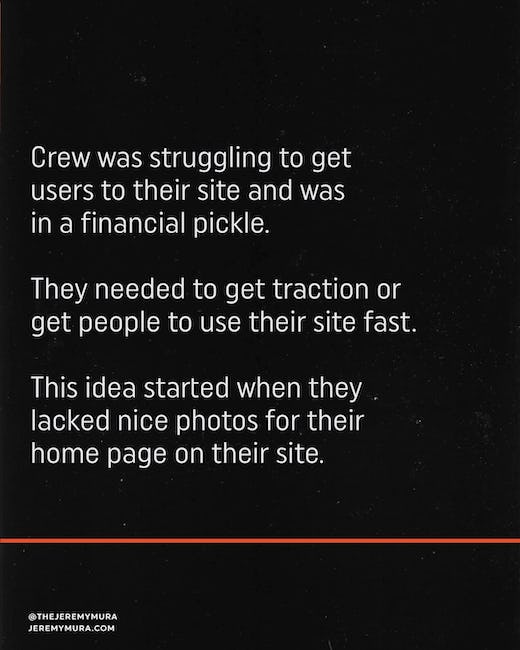 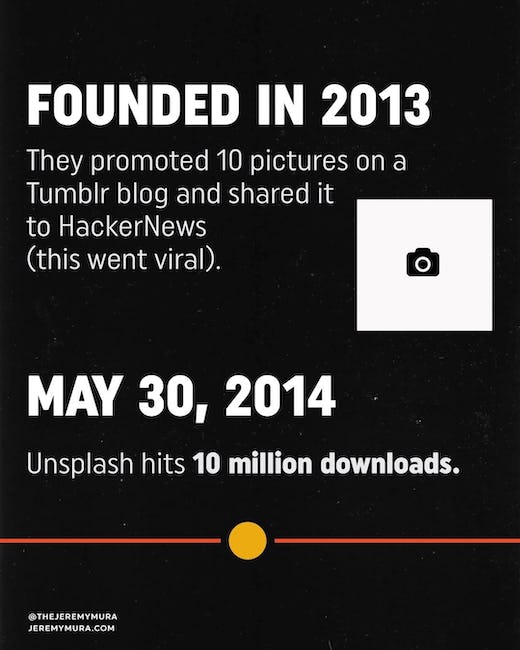 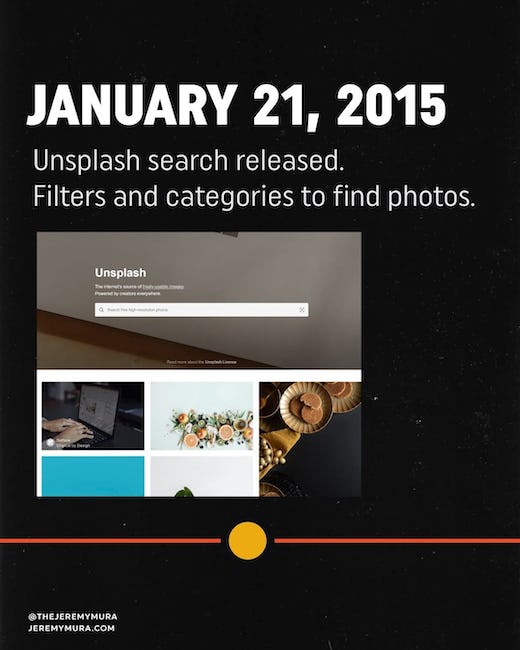 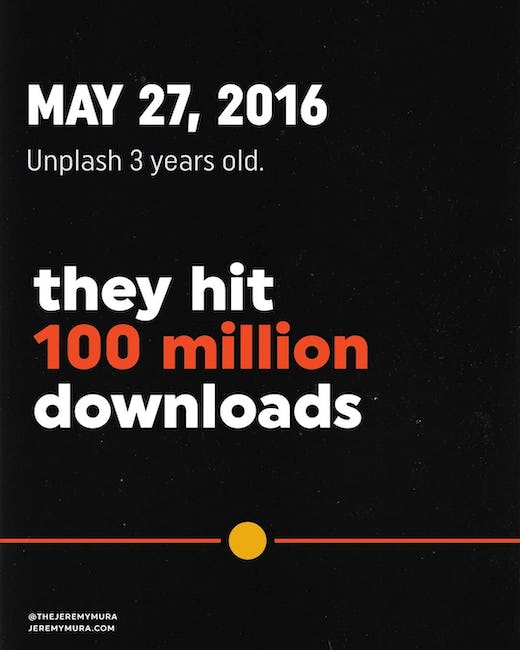 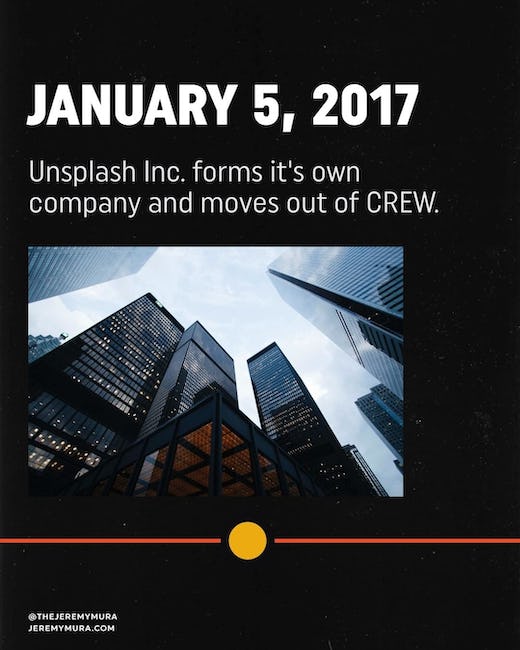 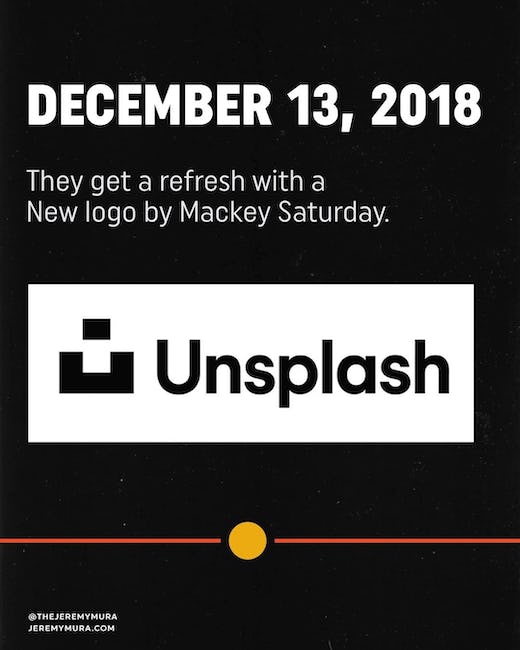 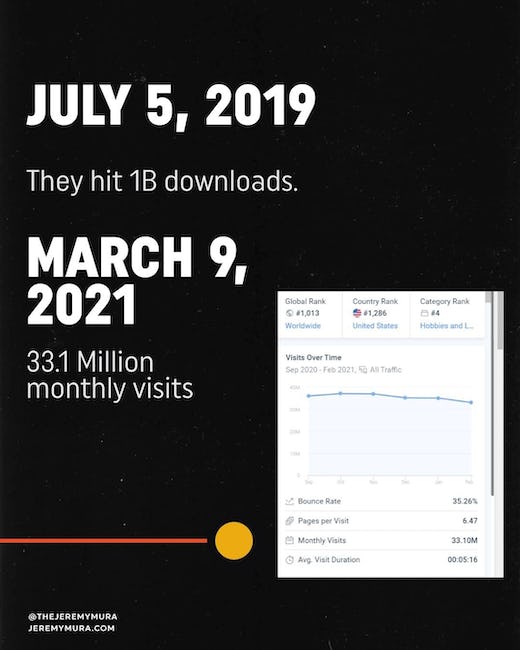 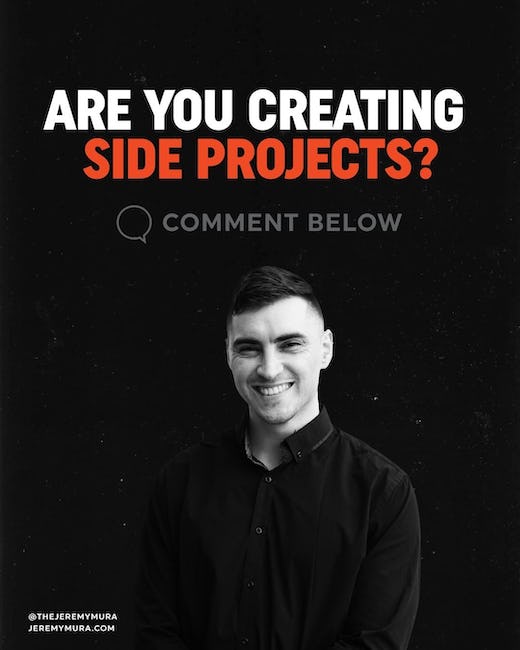 How A Side Project Saved A Dead Business

Unsplash was created as a open source as side project by CREW.

Crew was a marketplace for freelancers originally, they had extra photos from a photoshoot and decided to put them on Tumblr.

Crew was struggling to get users to their site and was in a financial pickle.

They needed to get traction or get people to use their site fast.

This idea started when they lacked nice photos for their home page on their site.

They promoted 10 pictures on a Tumblr blog and shared it to HackerNews (this went viral).

Filters and categories to find photos.

Unsplash Inc. forms it's own company and moves out of CREW.

They get a refresh with a New logo by Mackey Saturday.

They hit 1B downloads.

ARE YOU CREATING SIDE PROJECTS?