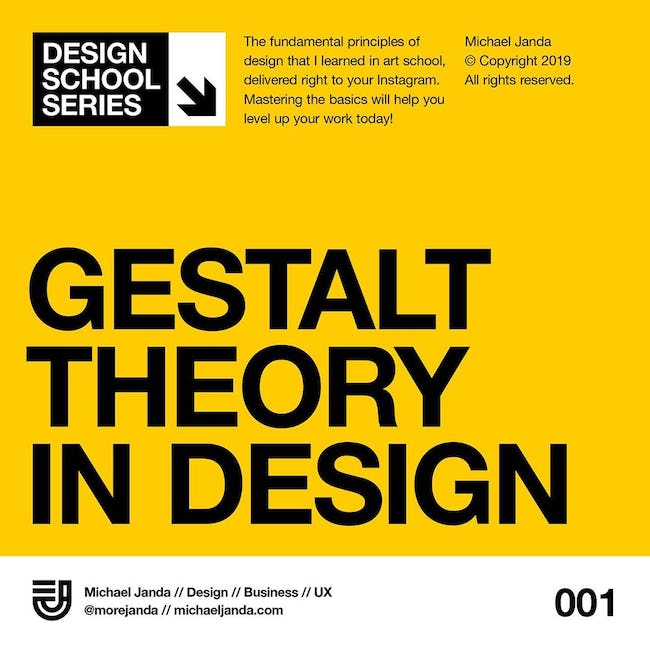 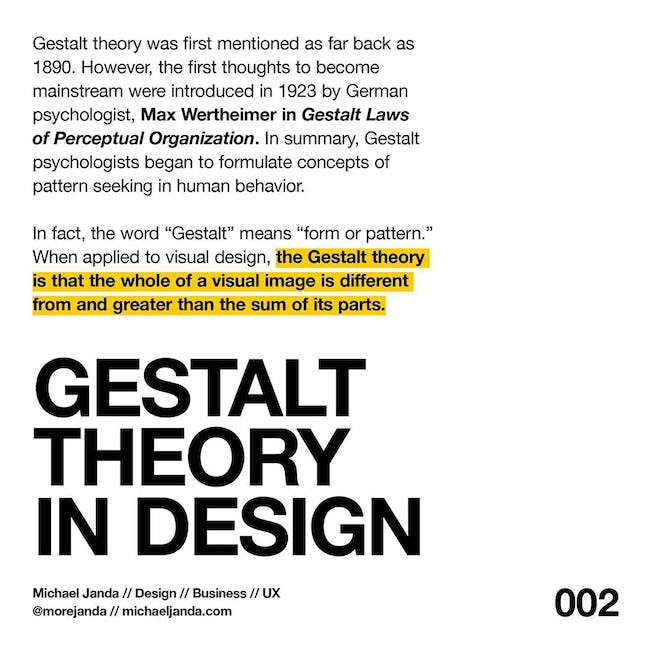 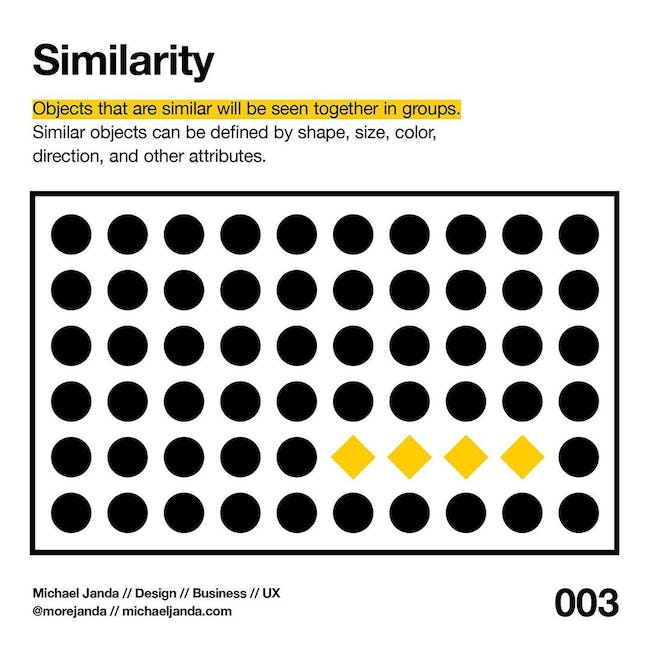 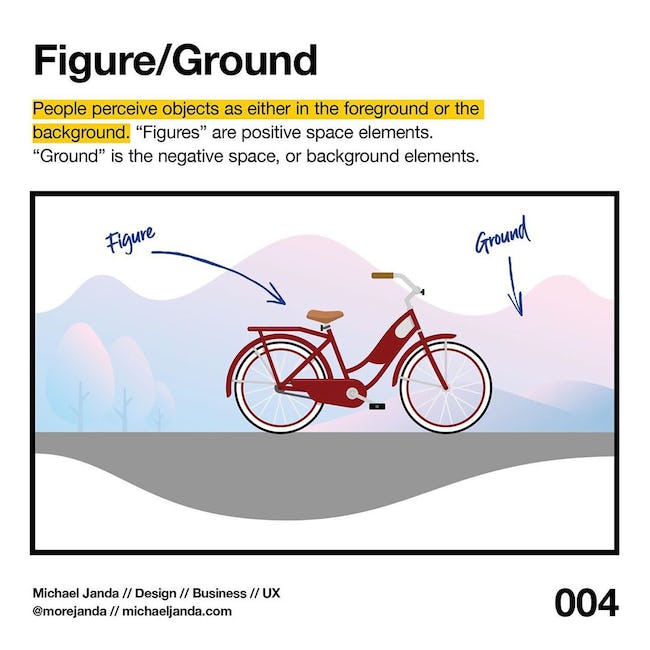 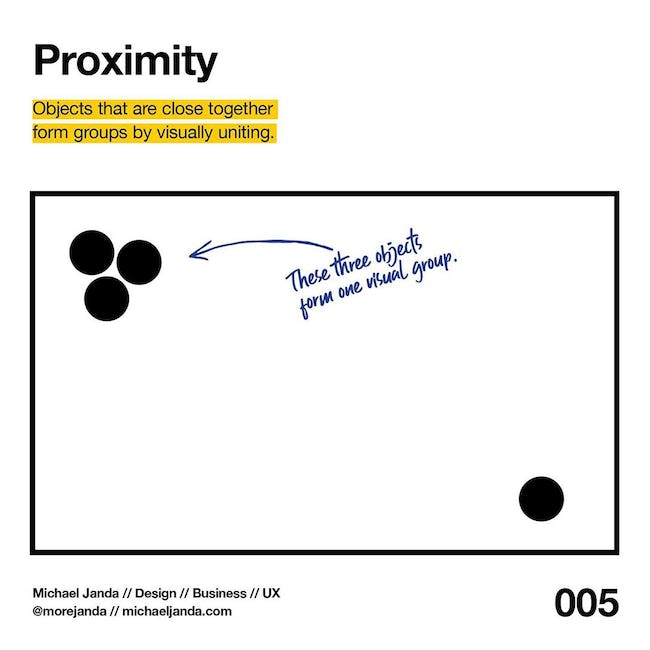 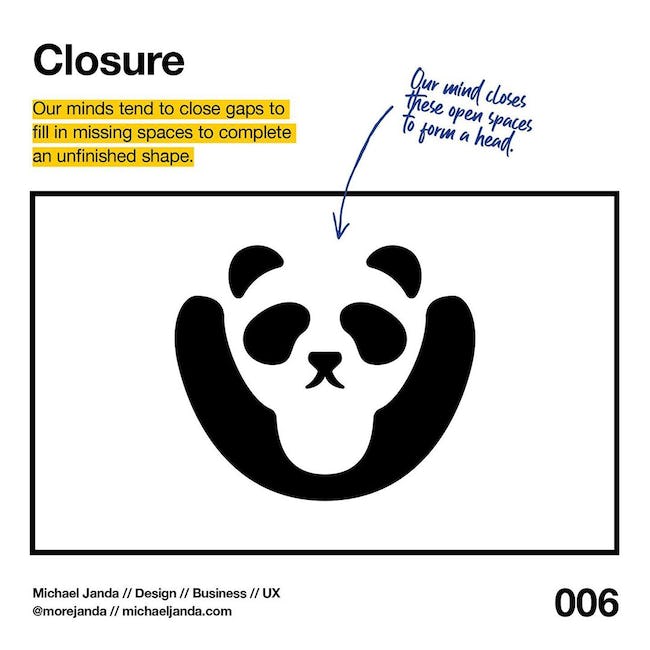 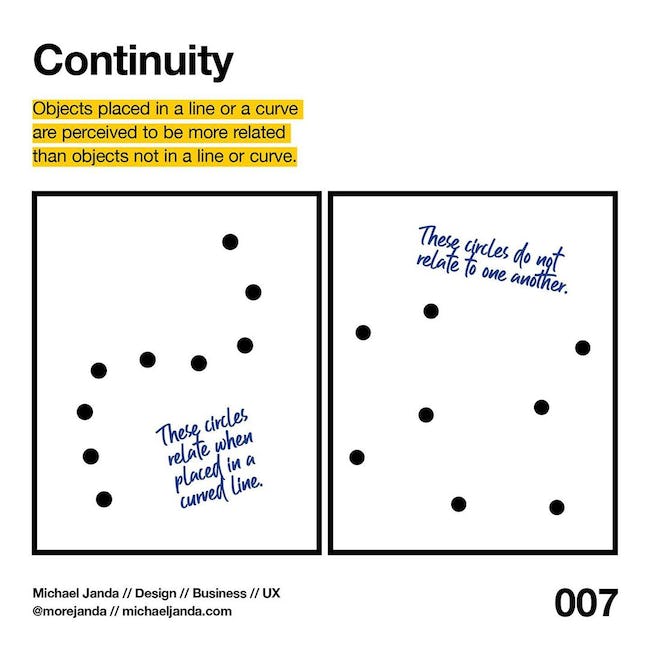 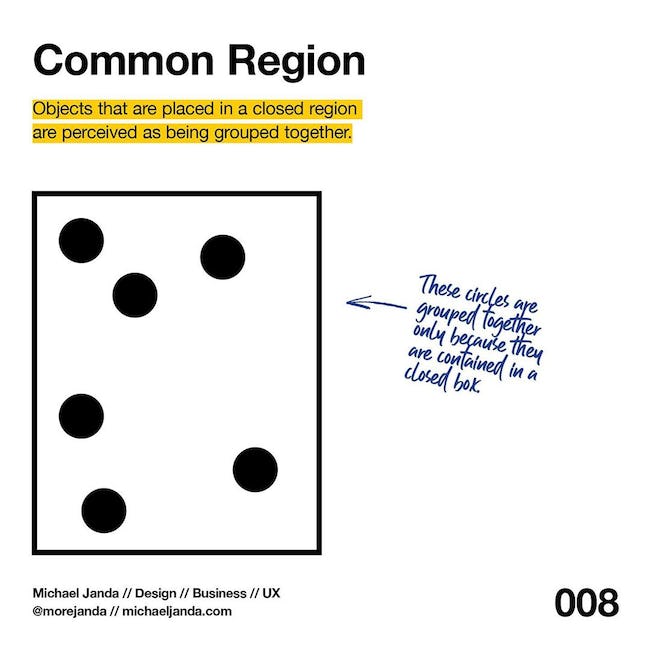 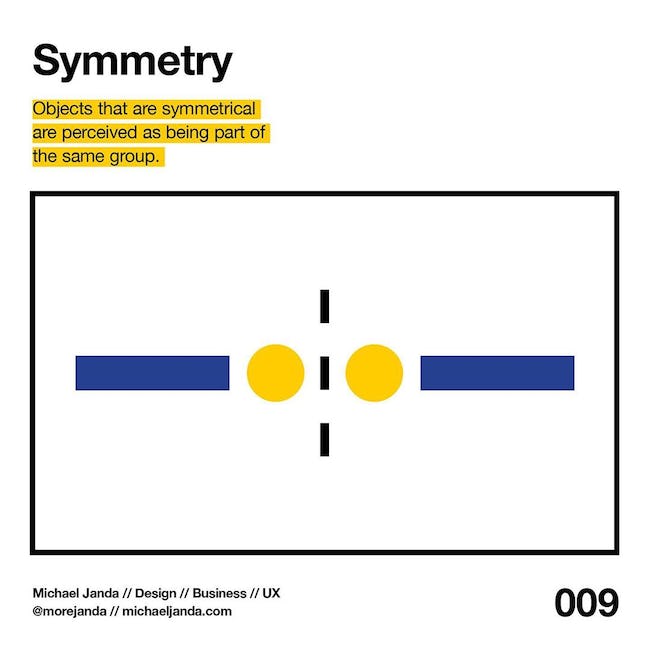 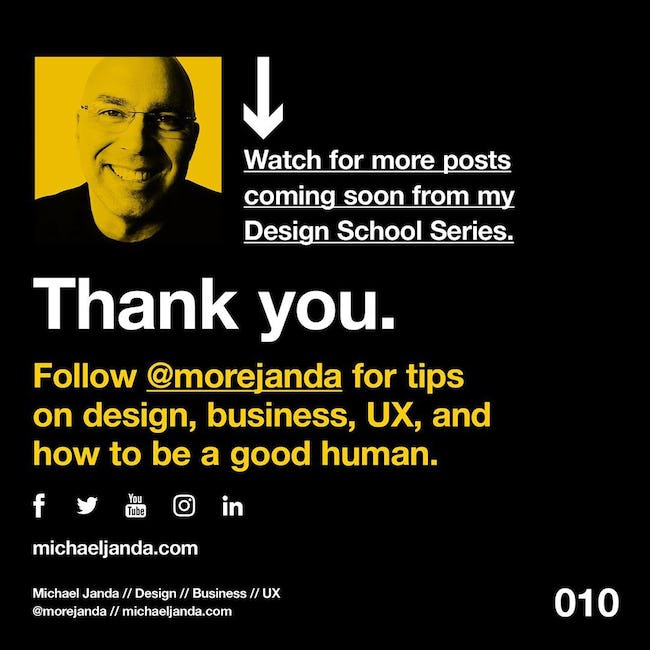 Gestalt theory was first mentioned as far back as 1890. However, the first thoughts to become mainstream were introduced in 1923 by German psychologist, Max Wertheimer in Gestalt Laws of Perceptual Organization. In summary, Gestalt psychologists began to formulate concepts of pattern seeking in human behavior.
In fact, the word “Gestalt” means “form or pattern.” When applied to visual design, the Gestalt theory is that the whole of a visual image is different from and greater than the sum of its parts.⁣

Similarity Objects that are similar will be seen together in groups. Similar objects can be defined by shape, size, color, direction, and other attributes.⁣

Figure/Ground People perceive objects as either in the foreground or the background. “Figures” are positive space elements. “Ground” is the negative space, or background elements.⁣

Proximity Objects that are close together form groups by visually uniting. ⁣

Closure Our minds tend to close gaps to fill in missing spaces to complete an unfinished shape.⁣

Continuity Objects placed in a line or a curve are perceived to be more related than objects not in a line or curve.⁣

Common Region Objects that are placed in a closed region are perceived as being grouped together.⁣

Symmetry Objects that are symmetrical are perceived as being part of the same group. ⁣