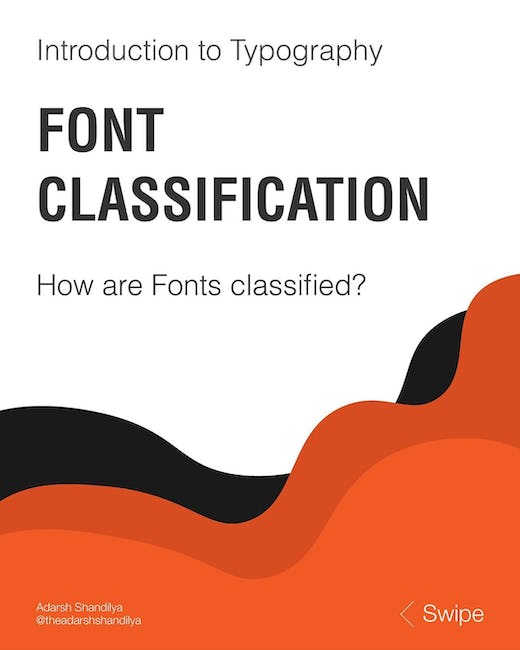 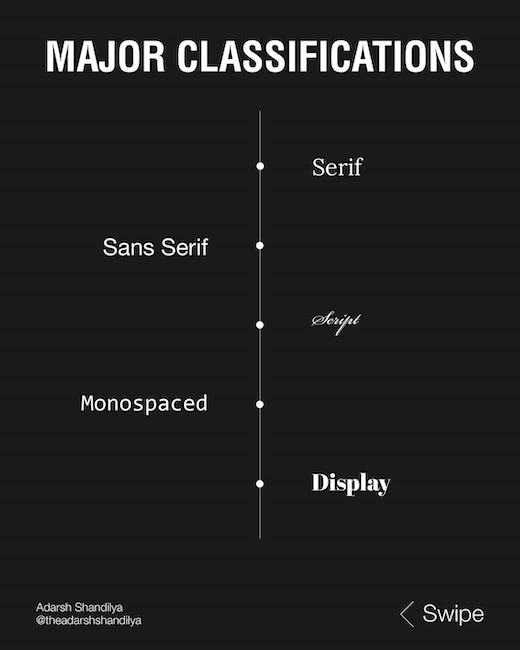 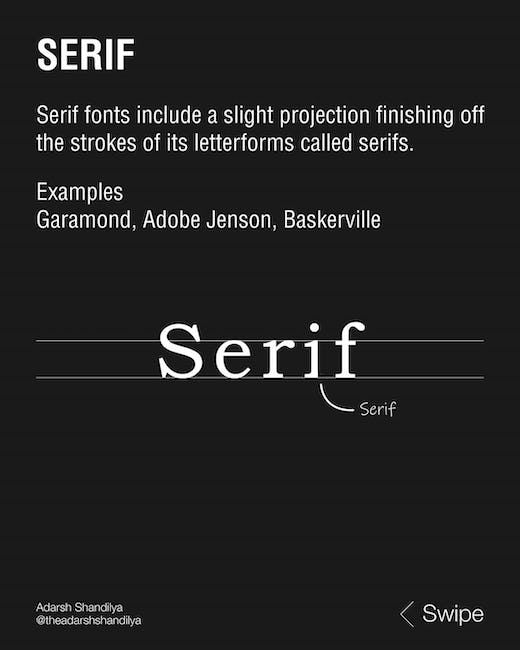 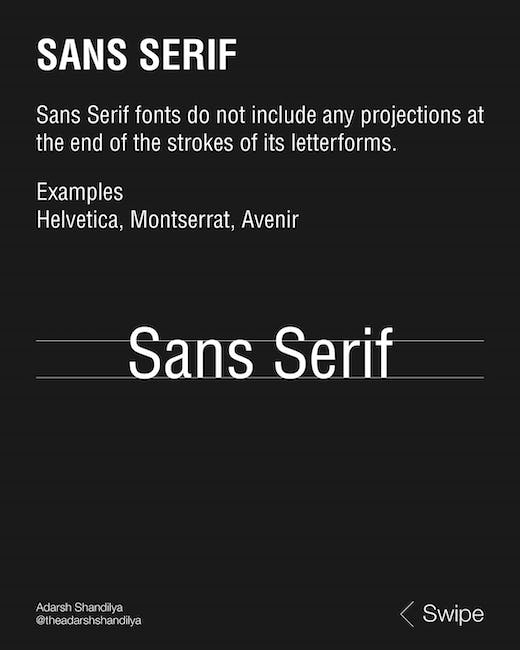 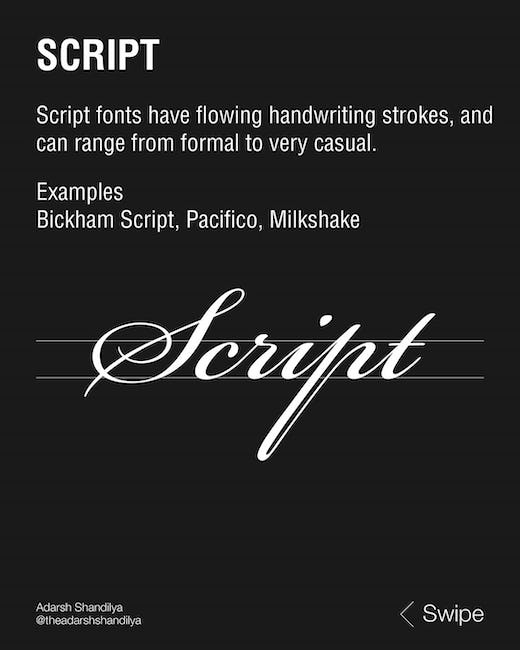 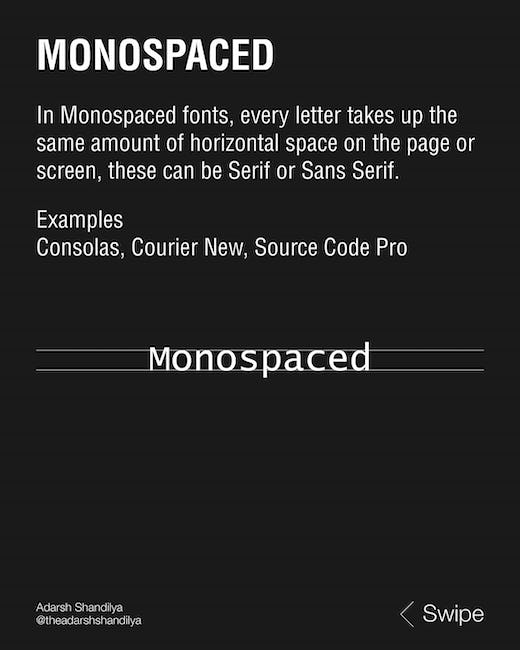 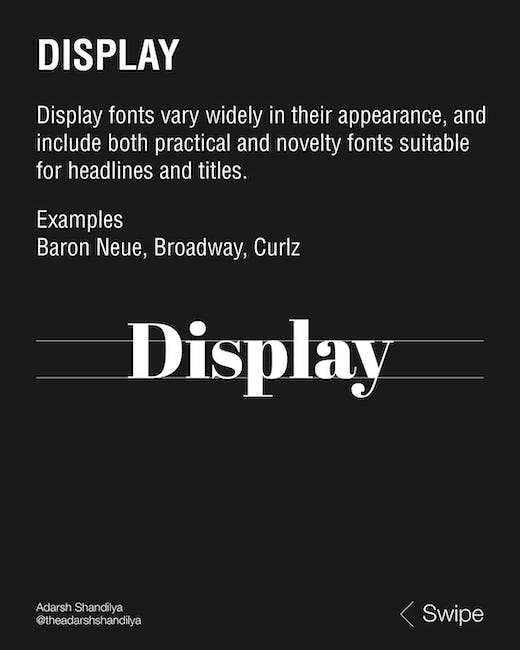 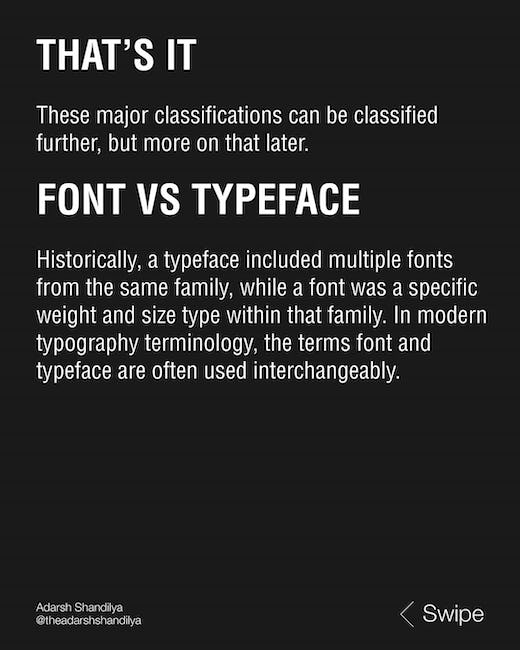 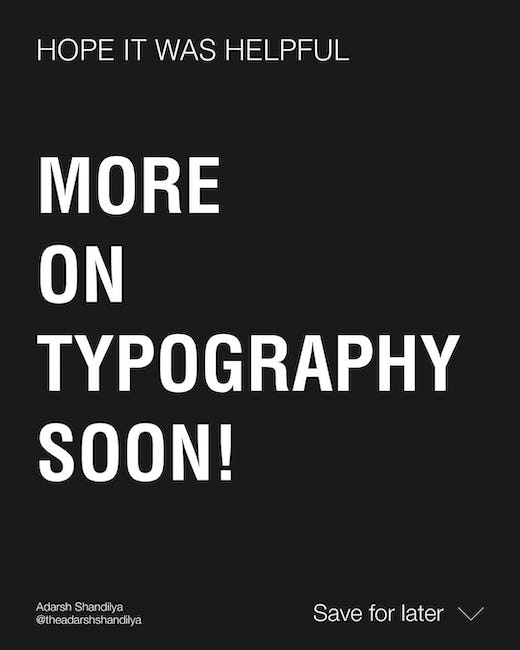 How are Fonts classified?

Serif fonts include a slight projection finishing off the strokes of its letterforms called serifs.

Sans Serif fonts do not include any projections at the end of the strokes of its letterforms.

Script fonts have flowing handwriting strokes, and can range from formal to very casual.

In Monospaced fonts, every letter takes up the same amount of horizontal space on the page or screen, these can be Serif or Sans Serif.

Display fonts vary widely in their appearance, and include both practical and novelty fonts suitable for headlines and titles.

These major classifications can be classified further, but more on that later.

Historically, a typeface included multiple fonts from the same family, while a font was a specific ^weight and size type within that family. In moderi typography terminology, the terms font and typeface are often used interchangeably.

HOPE IT WAS HELPFUL