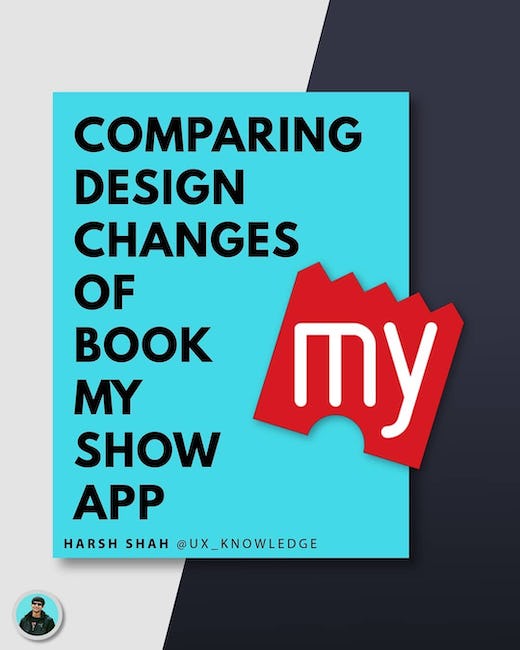 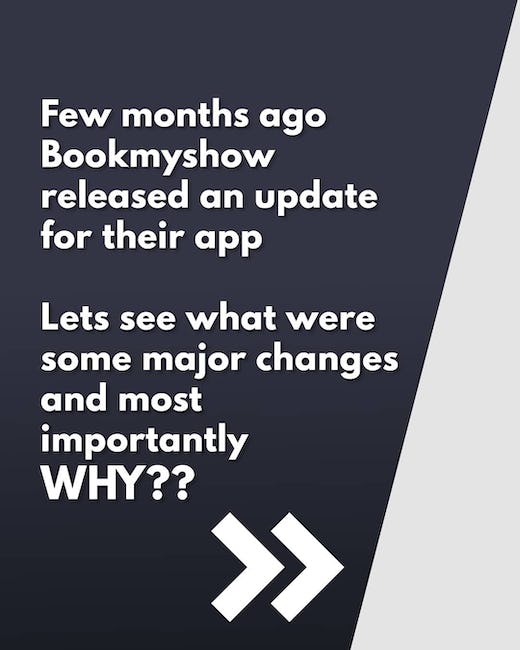 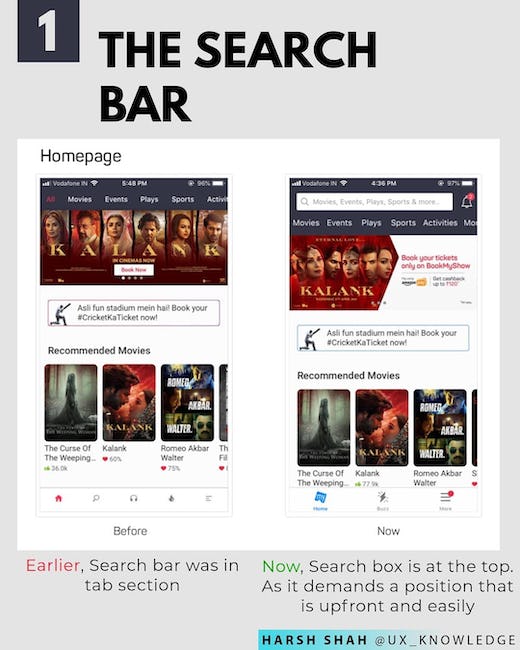 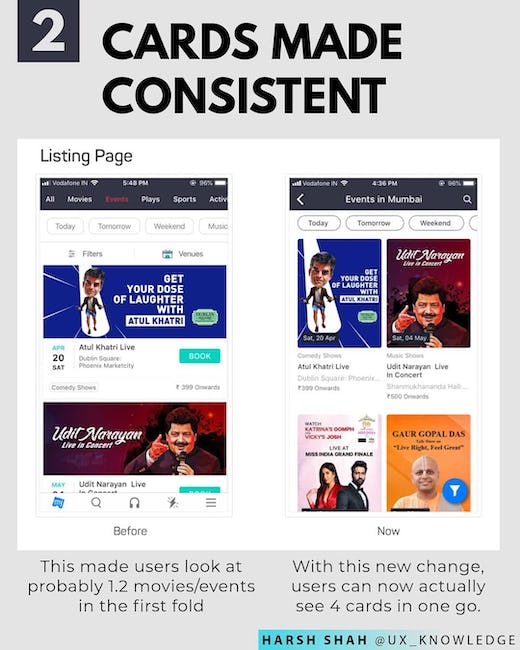 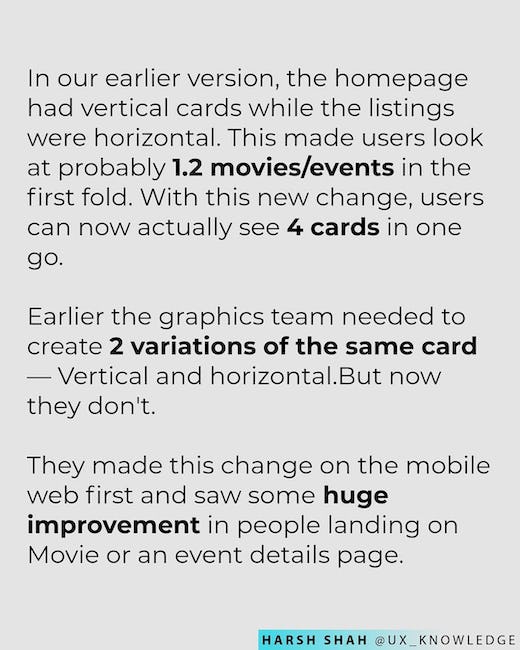 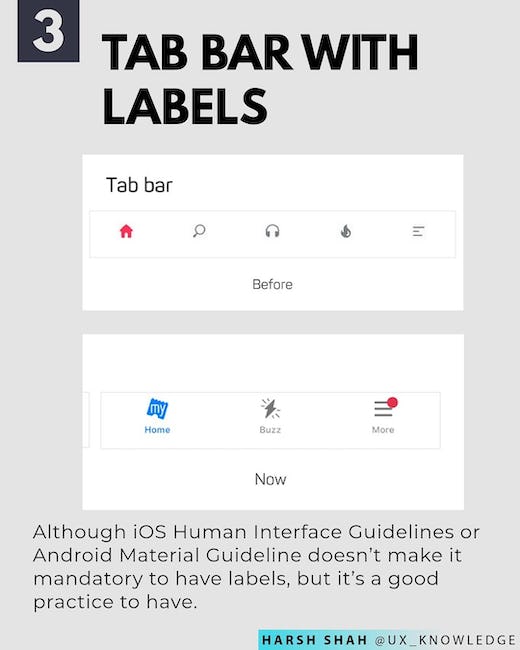 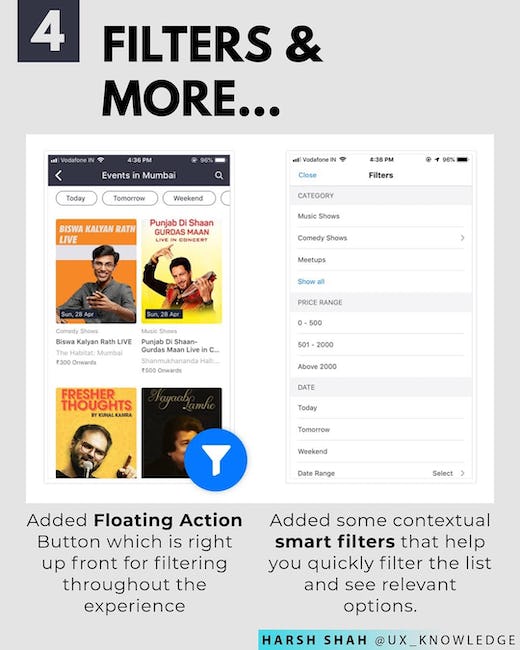 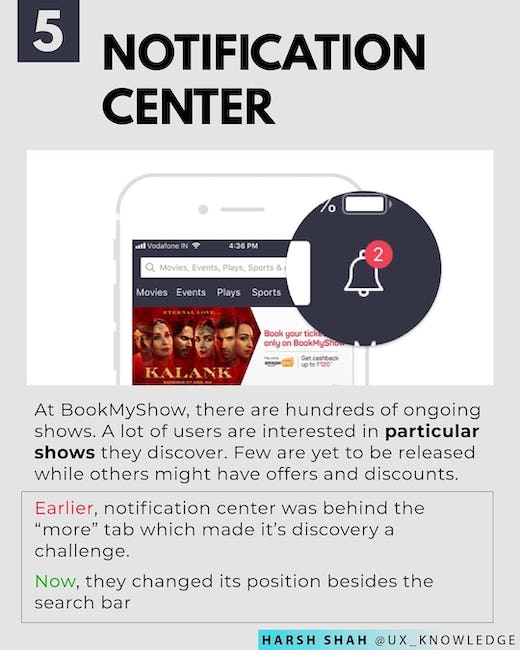 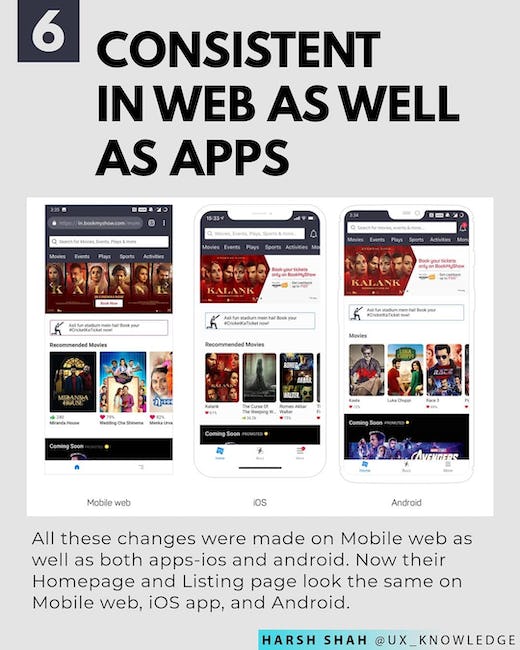 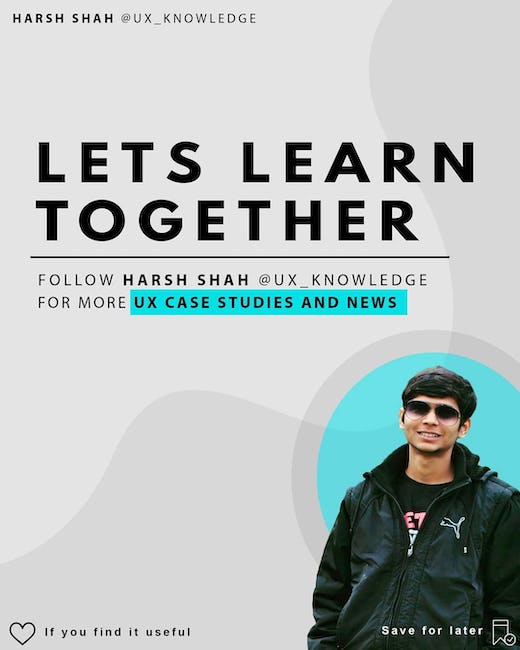 Few months ago Bookmyshow released an update for their app

Lets see what were some major changes and most importantly

In our earlier version, the homepage had vertical cards while the listings were horizontal. This made users look at probably 1.2 movies/events in the first fold. With this new change, users can now actually see 4 cards in one go.

— Vertical and horizontal.But now they don't.

They made this change on the mobile web first and saw some huge improvement in people landing on Movie or an event details page.

Although iOS Human Interface Guidelines or Android Material Guideline doesn’t make it mandatory to have labels, but it’s a good practice to have.

Button which is right up front for filtering throughout the experience

Added some contextual smart filters that help you quickly filter the list and see relevant options.

At BookMyShow, there are hundreds of ongoing shows. A lot of users are interested in particular shows they discover. Few are yet to be released while others might have offers and discounts.

6. CONSISTENT IN WEB AS WELL AS APPS

All these changes were made on Mobile web as well as both apps-ios and android. Now their Homepage and Listing page look the same on Mobile web, iOS app, and Android.