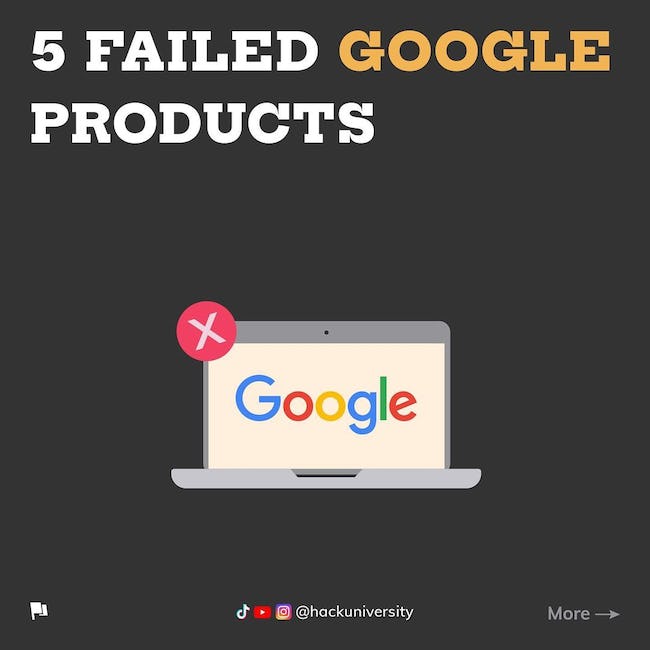 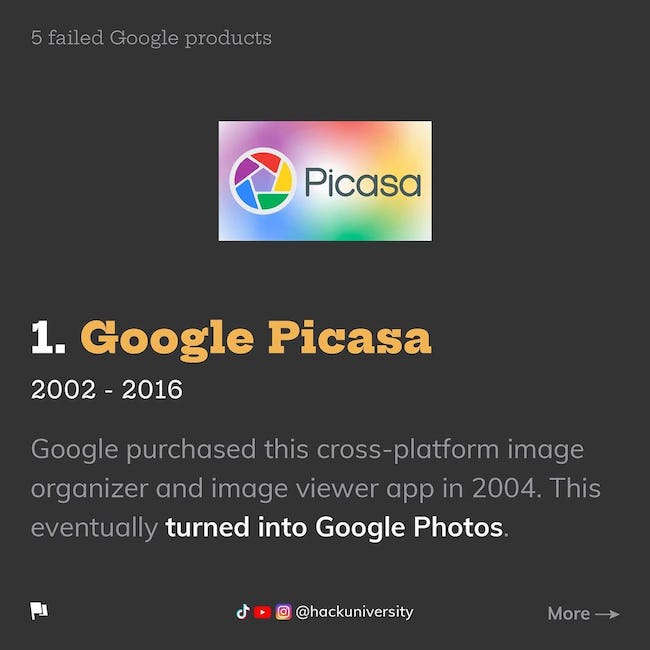 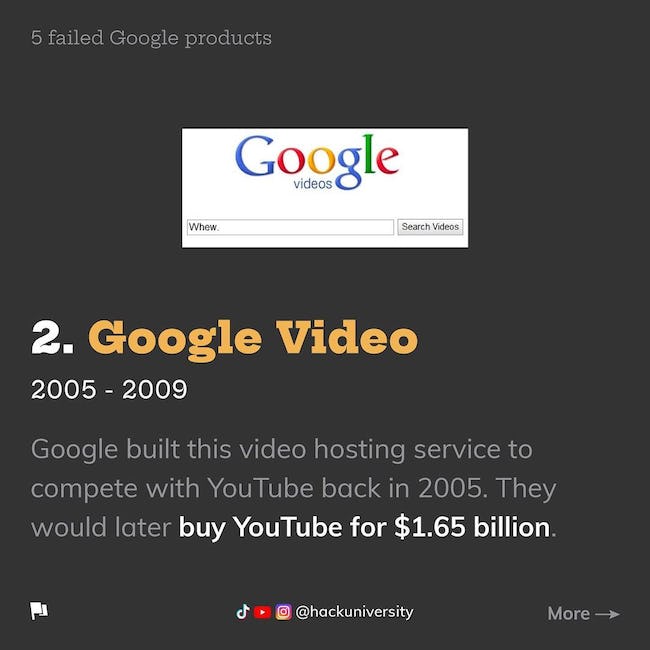 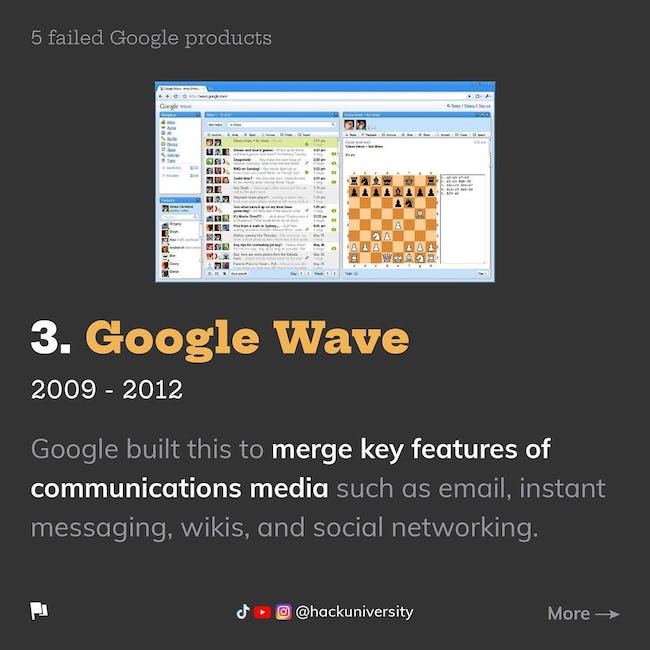 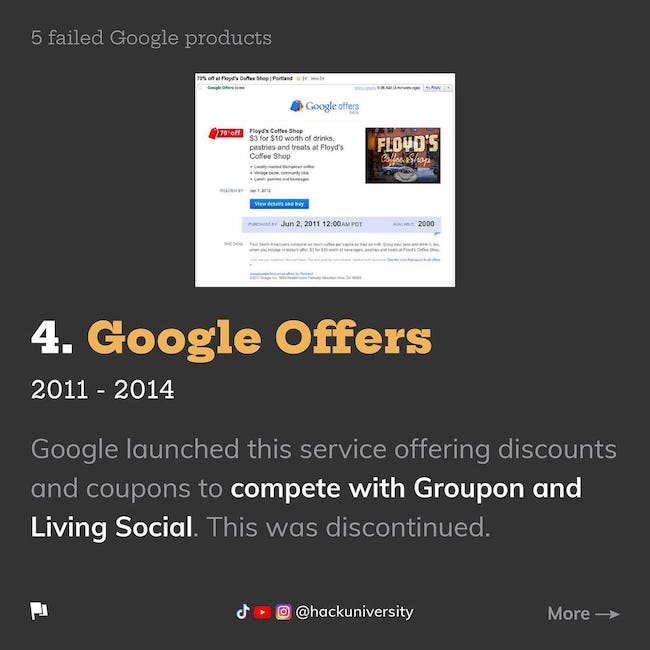 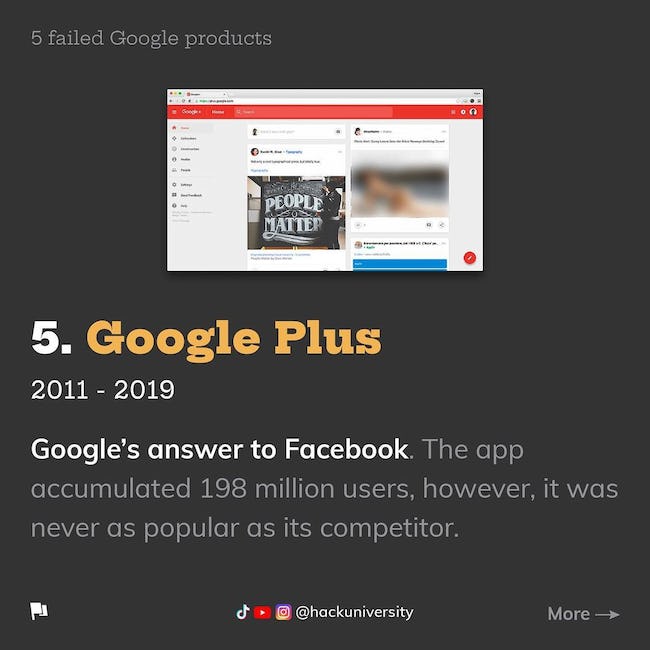 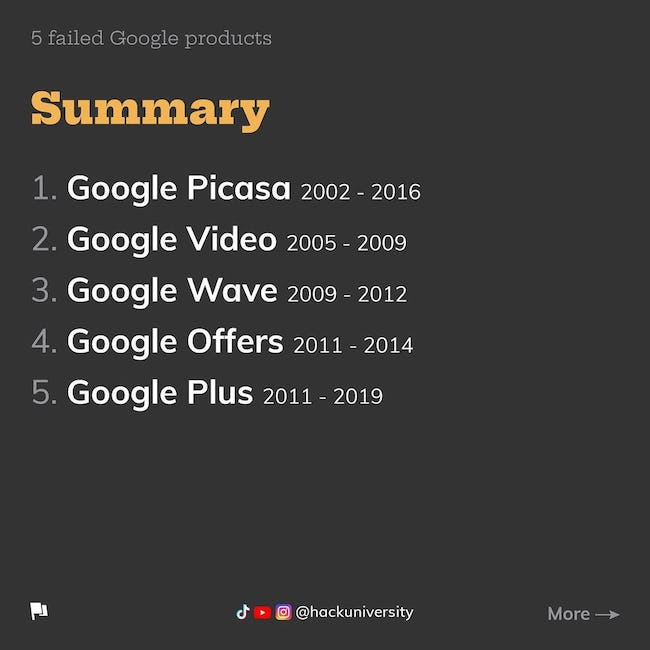 Google built this video hosting service to compete with YouTube back in 2005. They would later buy YouTube for $1.65 billion.

Google built this to merge key features of communicating media such as email, instant, messaging, wikis, and social networking.

Google launched this service offering discounts and coupons to compete with Groupon and Living Social. This was discontinued.

Google's answer to Facebook. The app accumulated 198 million users, however, it was never as popular as its competitor.