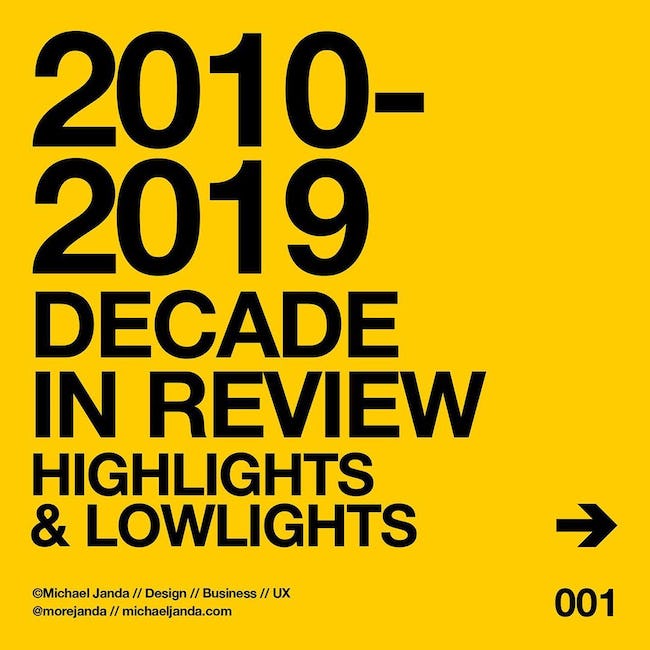 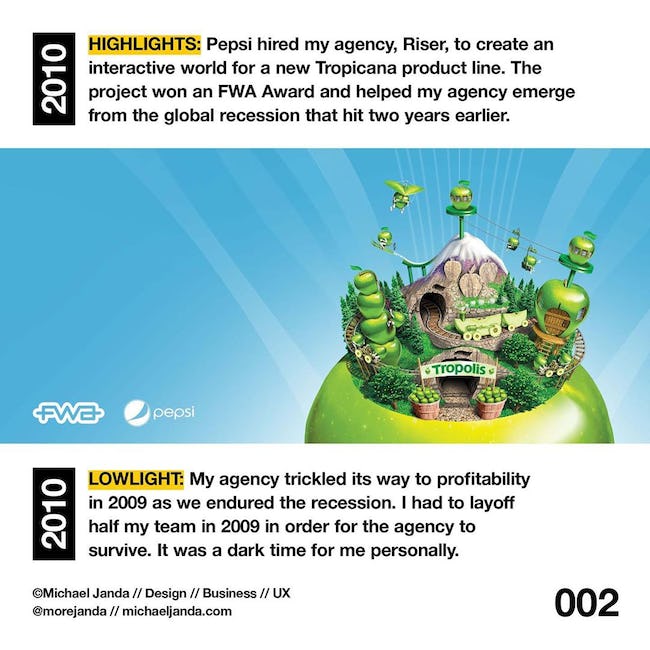 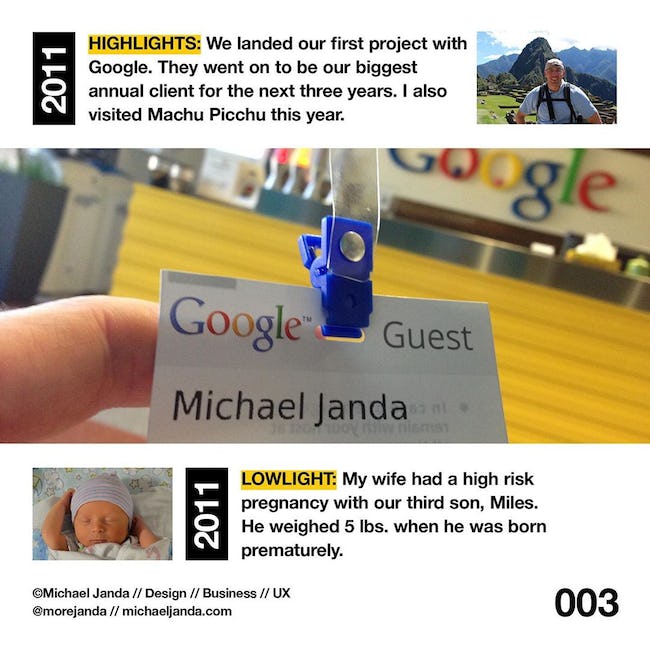 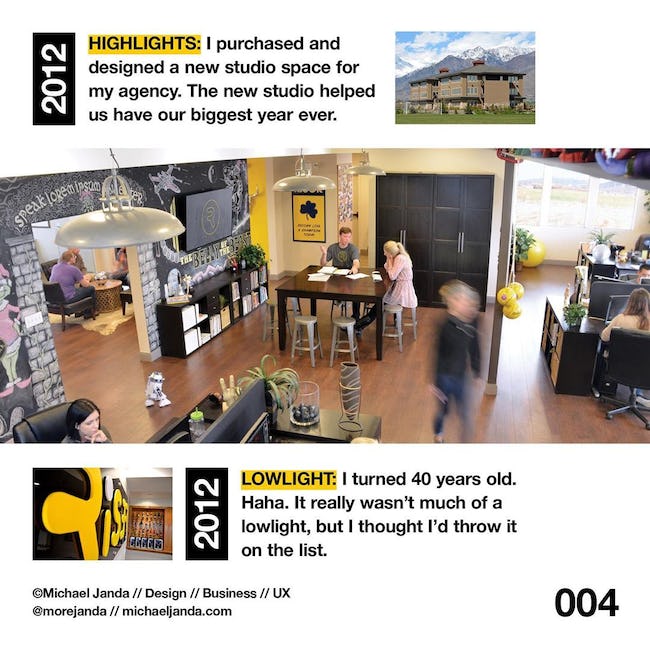 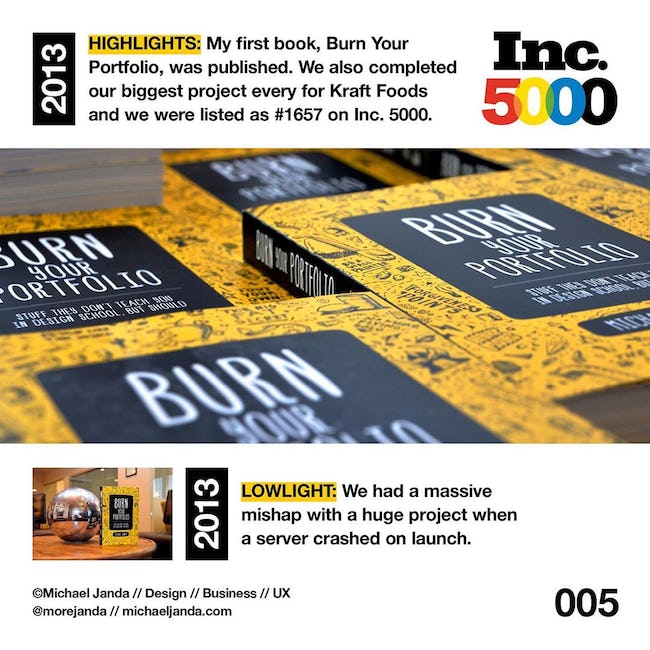 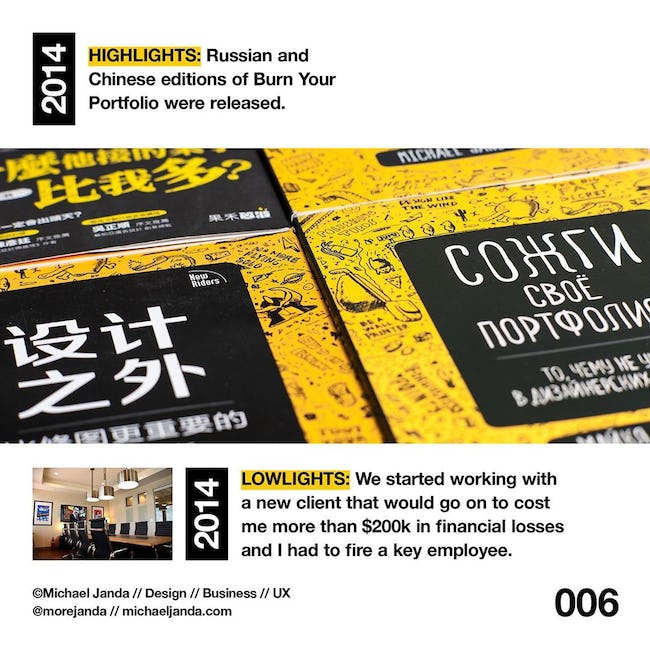 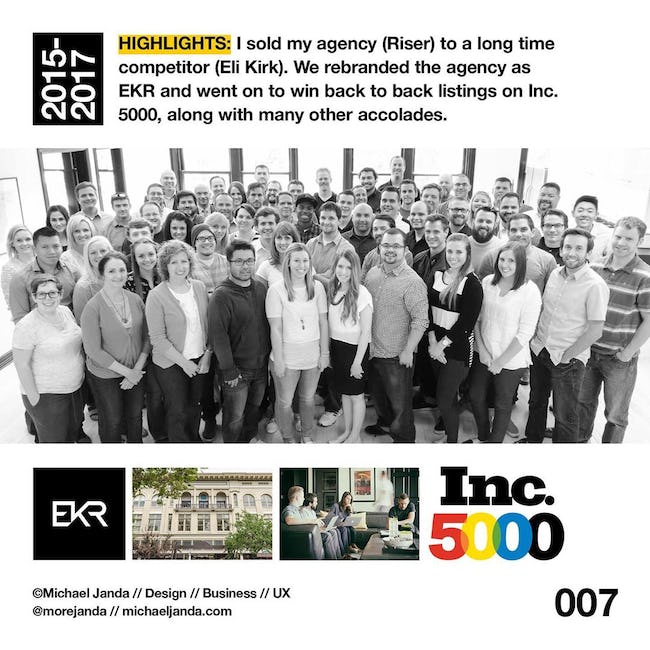 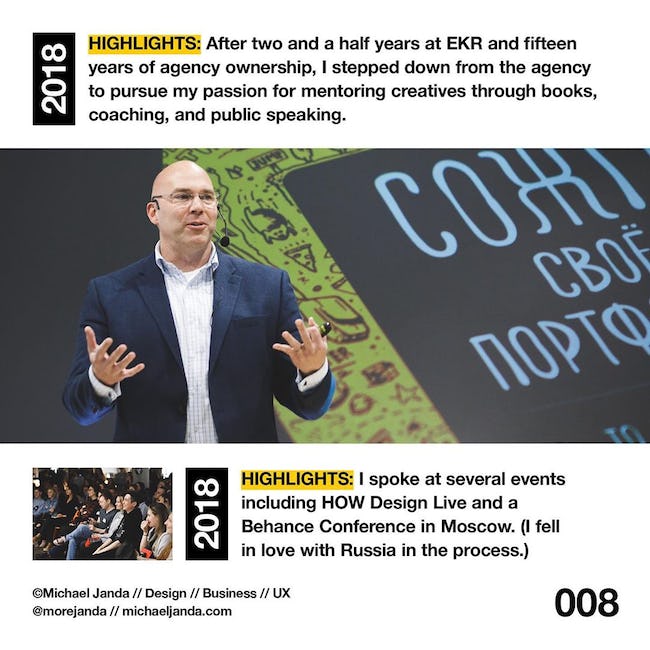 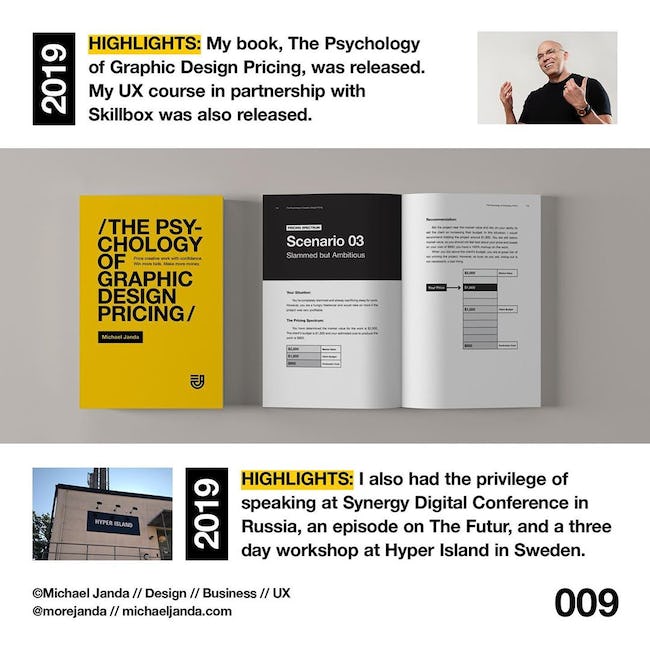 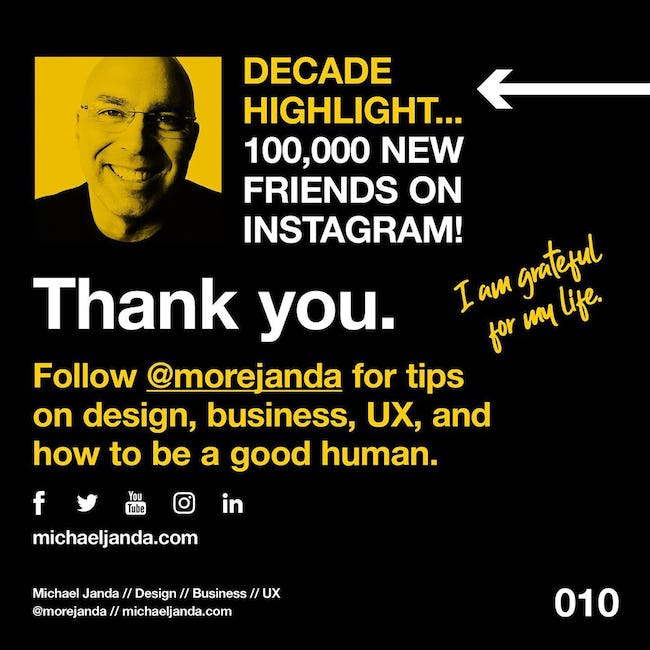 2011 HIGHLIGHTS: We landed our first project with Google. I also visited Machu Picchu.⁣

2012 HIGHLIGHTS: I purchased and designed a new studio space for my agency.

2013 HIGHLIGHTS: My first book, Burn Your Portfolio, was published. We also completed our biggest project every for Kraft Foods and we were listed as #1657 on Inc. 5000.⁣
2013 LOWLIGHT: We had a massive mishap with a huge project when a server crashed on launch.⁣

2014 HIGHLIGHTS: Russian and Chinese editions of Burn Your Portfolio were released.⁣
2014 LOWLIGHTS: We started working with a new client that would go on to cost me more than $200k in financial losses.⁣

2018 HIGHLIGHTS: After two and a half years at EKR and fifteen years of agency ownership, I stepped down from the agency to pursue my passion for mentoring creatives through books, coaching, and public speaking.⁣
I spoke at several events including HOW Design Live and a Behance Conference in Moscow.⁣

2019 HIGHLIGHTS: My book, The Psychology of Graphic Design Pricing, was released. My UX course in partnership with @skillbox.ru was also released.
I also had the privilege of speaking at Synergy Digital Conference in Russia, an episode on @thefuturishere, and a three day workshop at Hyper Island in Sweden.⁣