10 Movies/Shows That Will Inspire You To Code 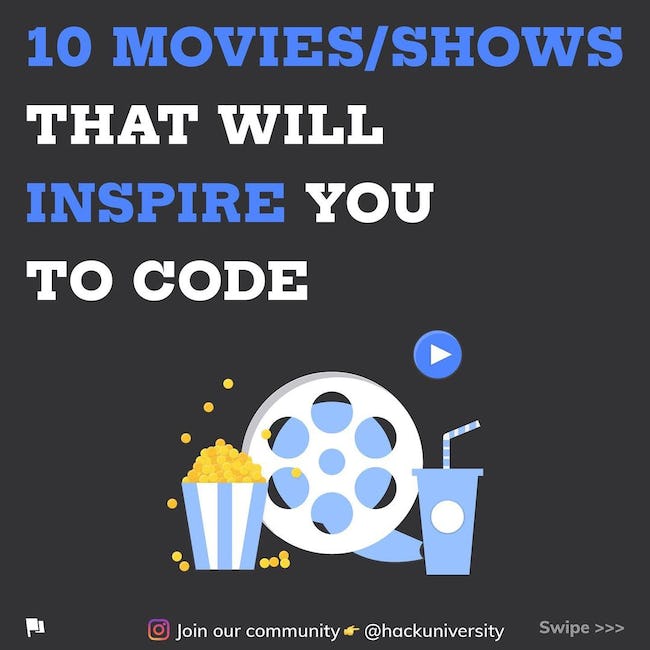 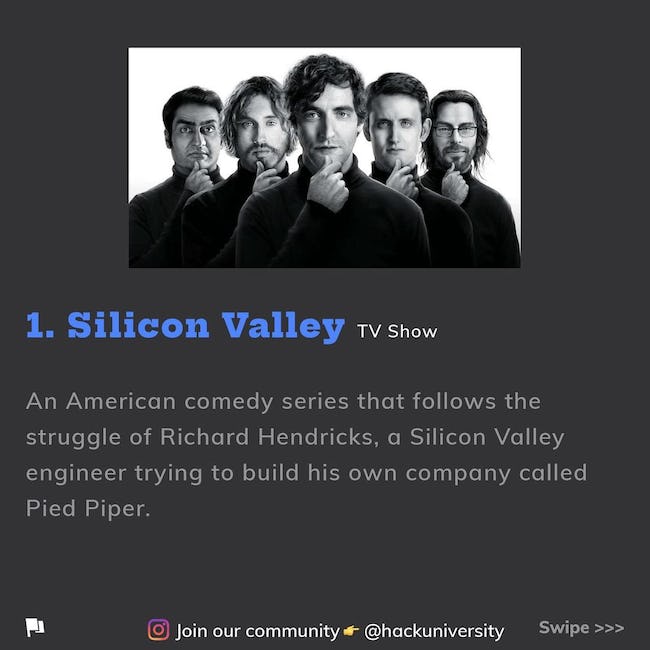 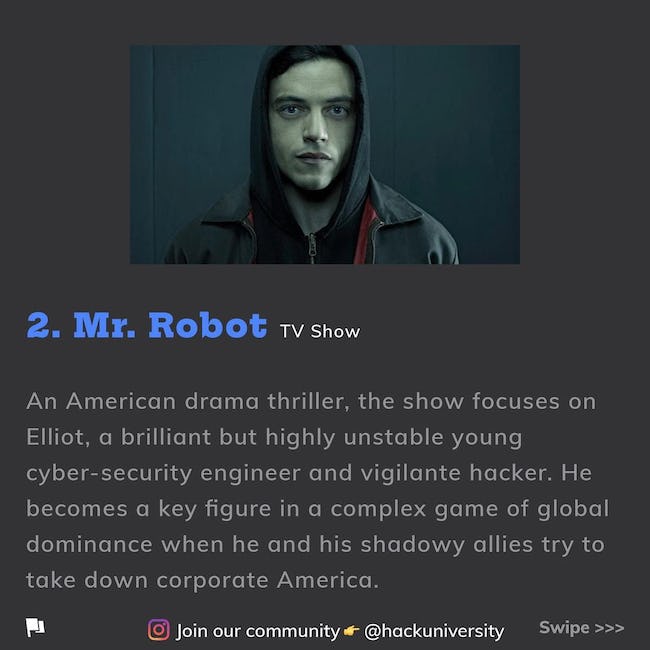 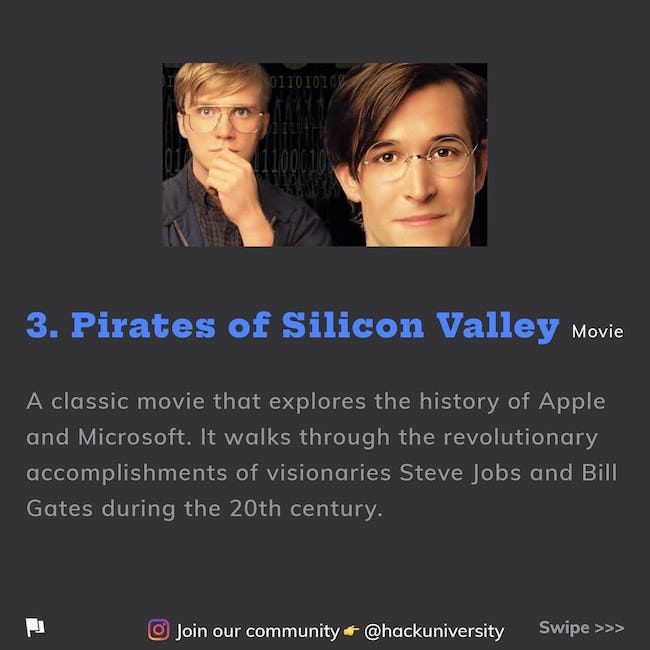 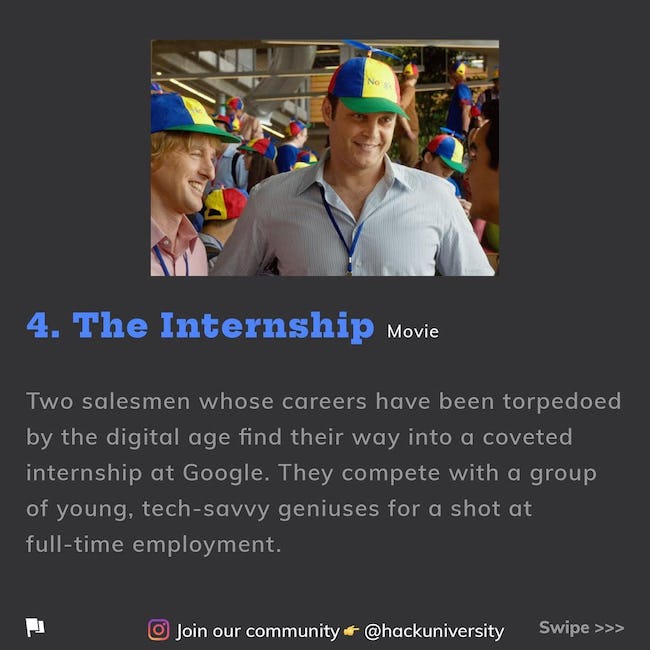 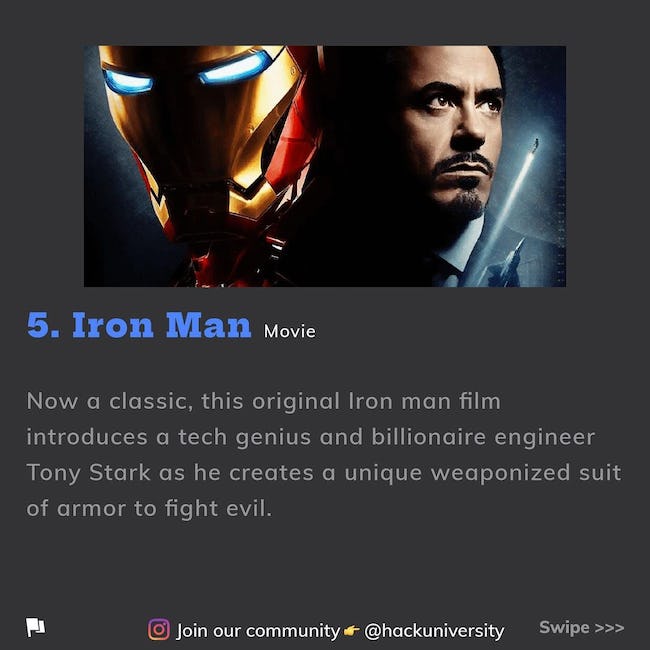 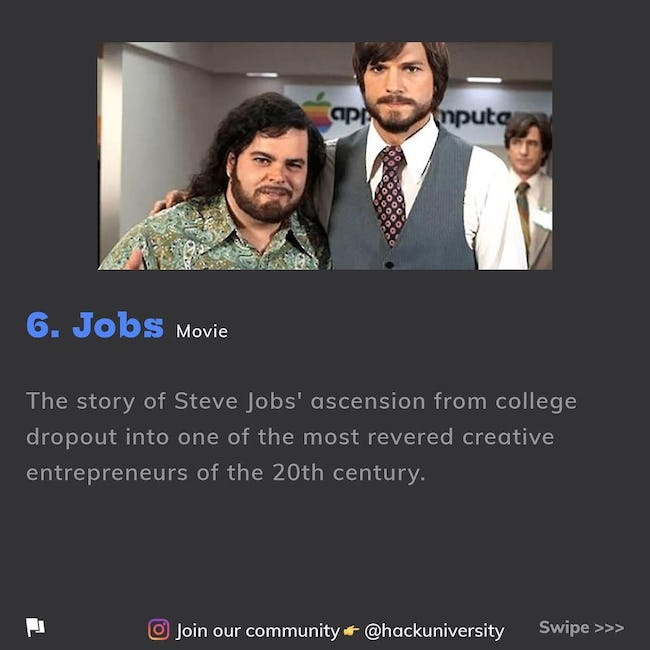 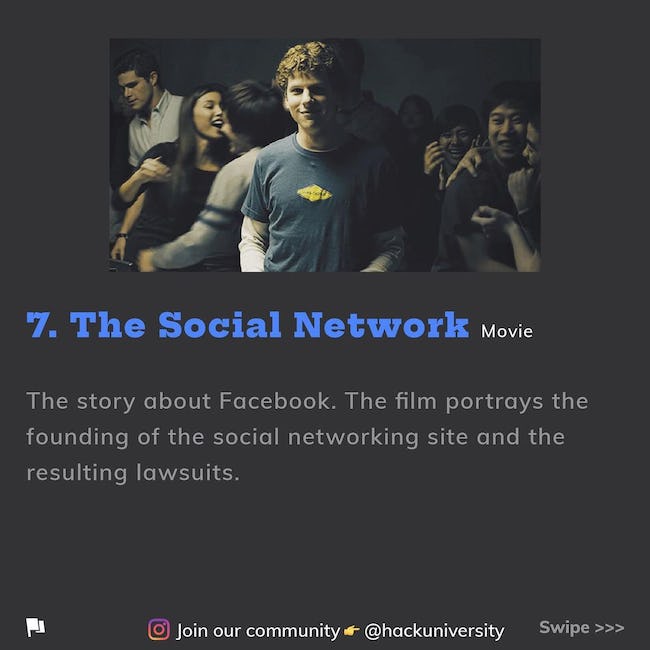 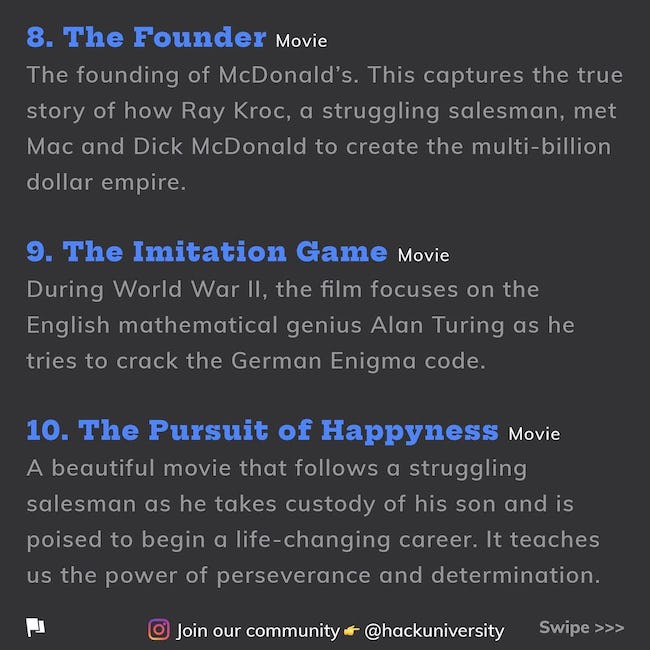 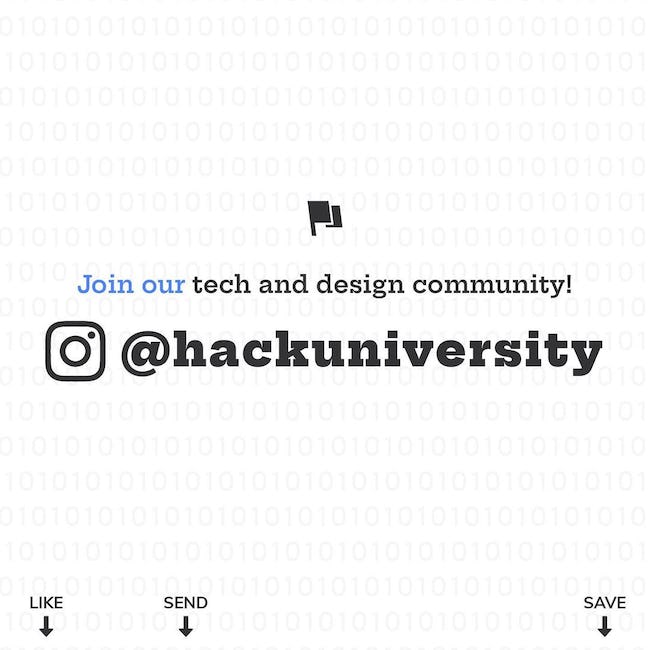 10 Movies/Shows That Will Inspire You To Code

An American comedy series that follows the struggle of Richard Hendricks, a Silicon Valley engineer trying to build his own company called Pied Piper.

An American drama thriller, the show focuses on Elliot, a brilliant but highly unstable young cyber-security engineer and vigilante hacker. He becomes a key figure in a complex game of global dominance when he and his shadowy allies try to take down corporate America.

A classic movie that explores the history of Apple and Microsoft. It walks through the revolutionary accomplishments of visionaries Steve Jobs and Bill Gates during the 20th century.

Two salesmen whose careers have been torpedoed by the digital age find their way into a coveted internship at Google. They compete with a group of young, tech-savvy geniuses for a shot at full-time employment.

Now a classic, this original Iron man film introduces a tech genius and billionaire engineer Tony Stark as he creates a unique weaponized suit of armor to fight evil.

The story of Steve Jobs' ascension from college dropout into one of the most revered creative entrepreneurs of the 20th century.

The story about Facebook. The film portrays the founding of the social networking site and the resulting lawsuits.

The founding of McDonald's. This captures the true story of how Ray Kroc, a struggling salesman, met Mac and Dick McDonald to create the multi-billion dollar empire.

During World War II, the film focuses on the English mathematical genius Alan Turing as he tries to crack the German Enigma code.

10. The Pursuit of Happyness Movie

A beautiful movie that follows a struggling salesman as he takes custody of his son and is poised to begin a life-changing career. It teaches us the power of perseverance and determination.